By Mark Leipold: If there is one predictable thing about the NFL, it’s that every season is unpredictable. The 2017 season was no exception, and I proudly present 10 of the most interesting, shocking, or unexpected statistics that I could find, leveraging statistics from Pro Football Reference and PlayerProfiler.

It shouldn’t come as much of a surprise that breakout phenom Deshaun Watson, who lit up the league for a short stretch, led the league in this metric, which measures how far the football travels in the air (air yards) on a per-throw basis. Winston technically also trailed Landry Jones and Sam Bradford, but neither one played enough to be worth considering — and even Watson started only 6 games. Jameis Winston, who is essentially an afterthought in fantasy football, does exactly what quarterbacks need to do in order to rack up fantasy points. He throws the ball deep, and he does it a lot.

Coming off of what most consider to be a “down” year for Brees, it’s interesting to see what caused this perception. Brees was still top-class in terms of his performance, but is not regarded as highly in the public sphere because of his decline in touchdown passes.

Frank Gore is not considered an elite-level running back anymore, and quite frankly, he’s not only outside the tier of elite backs, he’s below average by most advanced metrics. However, the Indianapolis Colts were content to give Gore the majority of their backfield touches, as Gore also ranked 10th in opportunity share (percentage of RB carries plus targets).

Despite Gore being fed the ball, he ranked 50th in yards per carry in the league, highlighting his massive inefficiency. Gore’s role this season on the Miami Dolphins will likely have many parallels to his 2017 campaign. He’ll get plenty of carries, but will be remarkably inefficient with them.

I never thought I’d hope for Kenyan Drake to be a featured running back, but even he (who has not earned a starting job since high school, serving as the backup to multiple University of Alabama products) is better than Gore.

We normally think of high-scoring offenses as the ones most likely to be near the goal line pounding the ball in from one yard out. However, the 49ers, while not being particularly high-scoring, were content to give Hyde the ball on the goal line with extreme frequency. Hyde is the only back near the top of this list who was not on a strong offense in 2017.

Even after Dalvin Cook suffered a torn ACL, the Vikings seemed content to feed their running backs in the red zone. This actually interests me more for 2018 in the Meadowlands, as the offensive coordinator responsible, Pat Shurmur, is now coaching the New York Giants, who you may have heard drafted running back Saquon Barkley with the second overall pick in the 2018 NFL Draft. I expect Barkley to be heavily featured in the red zone in 2018, making him an excellent option for fantasy football.

Technically, Chris Carson finished ahead, but his playing sample was small in 2017, so Lynch was the true league leader at a massive 43.6%. Lynch, at age 32, is still at the top of his game. Need I say more? Beast Mode is still peak Beast Mode. Interestingly, Lynch actually also led the league in terms of facing stacked defensive fronts. Lynch faced a stacked front (8+ defenders in the box) on 21.3% of his carries, so don’t get too worried about any yards per carry concerns.

The other two were DeAndre Hopkins (52.5%) and Odell Beckham Jr. (55.6%). That’s pretty good company. Crabtree has always been known for having great hands and being reliable at hauling in targets. Perhaps that’s why he’s a favorite target near the goal line of Derek Carr. Crabtree, though, is now a member of the Baltimore Ravens, who lack a strong red zone weapon.

Their receiving corps features John Brown and Willie Snead at receiver, and a pair of rookies in Hayden Hurst and Mark Andrews at tight end. It wouldn’t be surprising for Crabtree to surpass his mark this season, nor would it be surprising if he eclipsed 10 touchdowns, a mark reached only by DeAndre Hopkins, Davante Adams, and Jimmy Graham in 2017.

8. The Detriot Lions have a dynamic duo at wide receiver (see description).

This was a combo package, as Marvin Jones led the NFL in air yards (915), and Golden Tate led the league in yards after the catch (636) — two polar opposites. The Lions have an excellent duo of receivers who win in very different ways, yet both are highly valuable and highly productive.

Normally a receiver who runs short routes close to the line of scrimmage (Landry was the first receiver in NFL history to surpass 100 receptions in a season without reaching 1,000 receiving yards), Landry was a legitimate red zone weapon last season. He scored 9 touchdowns, trailing only DeAndre Hopkins and Davante Adams.

10. Jamison Crowder was second in the NFL in yards of separation at target (2.07).

Jamison Crowder is constantly undervalued as an effective slot receiver. He trailed only Ted Ginn (and technically part-time player Geronimo Allison) in yards of separation at target, meaning no one in the league is getting more open than Crowder, except Ginn, who just runs down the field really fast and gets away from everyone. It’s no surprise that a player with the route-running profile of Ted Ginn would lead the league in separation.

It is surprising, however, that Crowder, who operates primarily on shorter routes, would have that much separation. Crowder is a strong slot receiver, often overlooked due to his history of injury.

Larry Legend is still at the peak of his game at 34 years young. With the Cardinals only drafting one receiver, and not adding any significant free agents, “Fitz” projects to be the team’s leader in receiving again in 2018. What’s amazing is that he’s still out there running more routes and anyone else in the league.

Chris Hogan, though not a sexy name, enters 2018 as the top receiver on the Patriots, who are an elite offense. With Julian Edelman suspended, Hogan should be a key component of the New England offense early in the season.

12. Kyle Rudolph (14) was one of two tight ends with more red zone receptions than Rob Gronkowski (11).

Jimmy Graham led the league with 16, which should surprise no one, and Zach Ertz tied Gronkowski with 11, which is also not surprising, but Rudolph’s mark is unexpected. Coming off what many view as a down year, it’s interesting to see Rudolph in such company, though he did finish 2017 with 8 touchdowns, behind on Jimmy Graham among tight ends.

Rudolph came up short in receiving yards, ranking only 14th at the position, which means that for fantasy purposes, he is extremely volatile on a weekly basis, and if he doesn’t score a touchdown, it’ll be a disappointing outing.

Fortunately this season, Rudolph benefits from the addition of Kirk Cousins, who has always had an eye for his tight ends. I expect a strong season from Rudolph in 2018.

I hope these nuggets were interesting and illuminating, and don’t forget that most of them are actionable for fantasy football. For those with their drafts still to come, keep these trends in mind when selecting your teams! 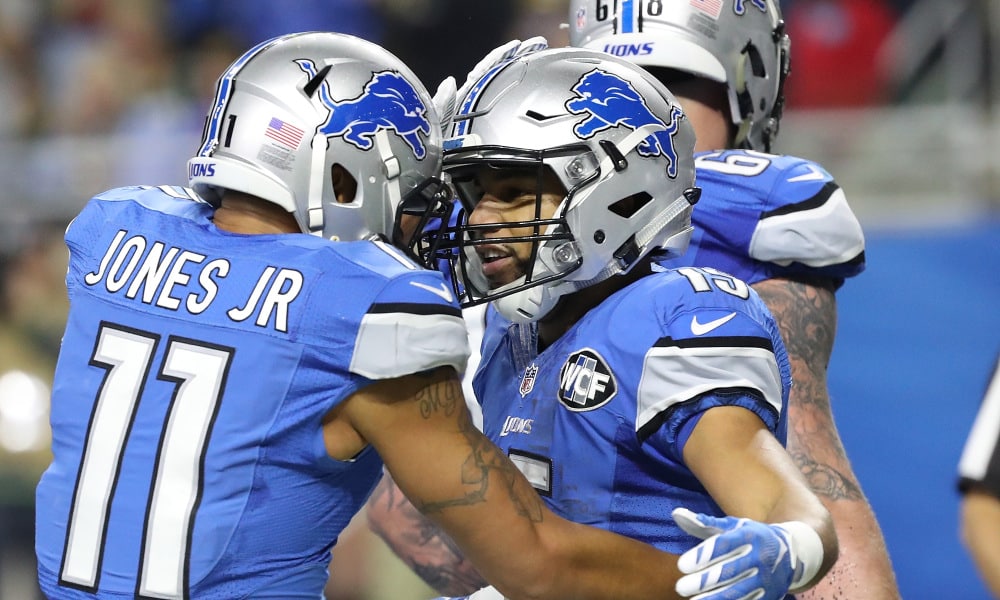