During a 4 month off-season filled with surprising signings, blockbuster (in some cases) trades and promising draft picks, we as NBA fans can give out predictions and opinions on how the upcoming year is going to go at around this time of year (mid-late September). And it is during this period as well in which mayor sports media outlets tend to give out their lists for the Top NBA players heading into this season. Sports Illustrated is highly regarded in this discussion as one of the best sports outlets out there, and their opinion is quickly spread throughout the main stream, creating a discussion within the entire NBA community. And with this list it’s no exception: their “experts” put out a list about 2-3 weeks ago on the Top 100 NBA players heading into the 2018-19 NBA season, and brought with it a lot… A LOT of controversy and question marks. Right now I will give you my 5 disagreements with SI’s Top 50 (not going to get into the whole 100 rankings because that would take even more time, so I’ll do from 50-1). 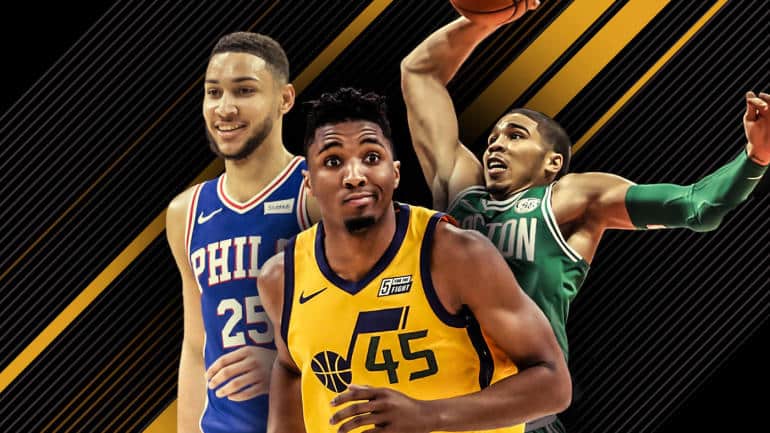 First, we have Boston Celtics forward Jayson Tatum. Tatum had a solid regular season and an even better postseason, taking the role of one of the leaders on the court after losing Kyrie Irving for their playoff run. He matched up well against Giannis in the first round, held his own against the young 76ers, and even went toe to toe with the best player on the planet in a 7 game Conference Finals series. At the end of the day, he proved why he was the 3rd best rookie last season. HAVING SAID THAT, there is NO WAY he’s already better than much more proven players like Devin Booker and Blake Griffin. Booker has demonstrated these past couple of seasons how he has the potential of being one of the best shooting guards in the NBA in a couple of years, entering the league at about 19-20 years of age into a historically bad franchise in the Phoenix Suns. Sure he’s still not put it together while Tatum entered the league with unseen discipline, skill and patience on the court for a rookie, but Booker as shown more on a worse team, while Tatum as had the blessing of playing on the best team in the East with the best coach in the NBA (not taking away from anything he did, but in this discussion on him being the 39th best player in the NBA it needs to be said). And if he’s not better than Devin Booker, he’s definitively not better than Blake Griffin, who even last year played well with a new team. Yeah he’s not in his prime, and his play in general has declined from MVP caliber to barely top 6 in his position, but like Booker, he as showed more, and is overall just better *right now*

Since this one is SUPER DEBATABLE, I’m not even going to argue if you think Mitchell is better than Conley, because I wouldn’t blame you for believing that. However, I don’t like to overreact to a player’s first season in the league, so I’m going to go with the guy who’s shown that he can be one of the 10 best point guards in the NBA, and if he were in the East he would have multiple all-star games under his belt. Although Mike spent most of last season in the shelf with injury problems while Donovan’s team reached the semifinals, I have to stay with the theme of going with the player that has shown me the most. After this season I might put Mitchell over Mike, but not as of right now.

One of the main reasons for the Jazz’s succesful campaign was Rudy Gobert, a polarizing center who became one of the best at his position with his stellar defense, earning him Defensive Player of the Year honors (and comparisons with prime Dwight Howard on Twitter for some… dumb reason). His presence on the court was remarkably good, as the Jazz were a top 5 team in the West with him on the court (and without him they were an average team). But even then, his rank at 14 is severely exaggerated, especially when you consider that THESE guys were listed below Gobert: 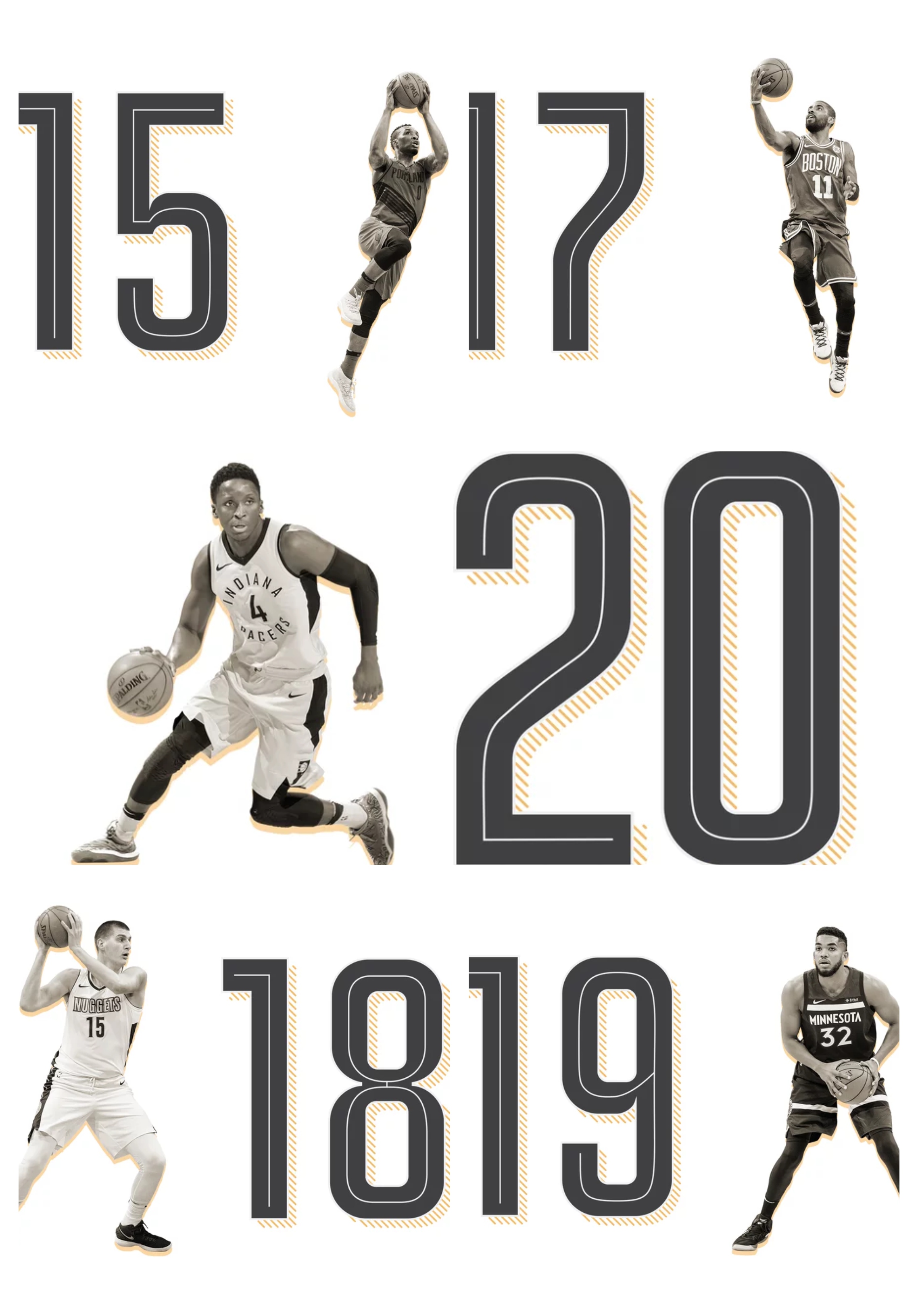 Yes: the Most Improved Player of the Year, which also made the All-NBA Third Team and the All-Defensive First Team in Victor Oladipo is listed 6 spots below Rudy Gobert. Yes: the guy who just received a super max extension for his really good talent for a big man (can do everything offensively, and has the athleticism to be an elite defender) in Karl-Anthony Towns is 5 spots below Rudy Gobert. Yes: the best passing big man in the league, and one of the best centers (and the one with the 2nd most potential to become a top 5 player in the league) in Nikola Jokic is 4 spots below Rudy Gobert. Yes: a guy who after receiving uncalled for criticism and scrutiny for leaving a situation that did not benefit him, balled out in a system in which many thought he wasn’t going to excel in, and looked like the missing piece to a Celtics’ trip to the NBA finals in Kyrie Irving is listed 3 spots below Rudy Gobert. And yes: a guy who led his team to the 3rd best record in the West, and received All-NBA First Team honors for the first time in his career in Damian Lillard is listed 1 spot below Rudy Gobert… SERIOUSLY!?!? Talent/what you do on the court>Value

Yes, the Celtics overachieved without their 2 best players (Gordon Hayward and Kyrie Irving) for the majority of the season. Yes, Kyrie wasn’t there in the playoffs. And yes, Al Horford had a bigger impact as the team’s anchor. However, who’s more valuable doesn’t dictate who’s better: when Kyrie was healthy, he had one of the best seasons of his career and was an MVP candidate. And has I mentioned previously, he was what the Celtics needed in the 4th quarter of Game 7 against the Cavs to give the Warriors better competition in the Finals. Kyrie is one of the most talented players in the league, and the 2nd best PG in the league in my opinion (if you don’t have him top 2 then he’s definitively top 3 or top 4 at the minimum), while Big Al is the Celtics’ defensive anchor and their most versatile player on the court. Nothing more; nothing less.

Kawhi Leonard missed the vast majority of last season… hurt? (he was injured, but there were reports he just didn’t want to show up and I don’t even know what to believe anymore), and dropped off on the list of top NBA players (rightfully so) after being regarded by many as the 3rd best player on the planet the year before. But even then, Paul George and Jimmy Butler aren’t better than him. Even after missing most of last year, Kawhi is still a top 10 player in the NBA, easily over Jimmy and PG. Sure, these guys played last year (and well), but it doesn’t take away from what Kawhi can do at his best, or even at 70%. And when you take into consideration that the T-Wolves had a down year, Butler was hurt at the end of the season, and that George had an inconsistent season capped off with a terrible performance in that 6 game series defeat against the Jazz in the first round, it’s a no brainer; Kawhi is still a top 10 player in the league, which automatically puts him over these 2.

After LeBron at 1 and Durant at 2, the spots between 5-3 are debatable, with guys like Russell Westbrook, Giannis Antetokounmpo, Kyrie Irving and even Joel Embiid giving an argument, among others. However, it only comes down to 3 guys: Anthony Davis, James Harden and Steph Curry. SI has Curry at 3, with Harden at 4 and AD at 5, but in my opinion it should be the other way around: AD at 3, James Harden at 4 and Steph at 5. Davis is coming off a remarkable season in which he was dominant in the second half, carrying the Pelicans without DeMarcus Cousins to the second round in the playoffs, finishing 3rd in MVP voting. Who finished 1st? That would be James Harden, who had one of the greatest offensive seasons in NBA history, becoming the most unguardable player in the league with his stellar one on one play on a Rockets team that put an offensive clinic night after night. And then you have Steph Curry, who was hurt for some stretches of the season, putting up his usual numbers on a Warriors team who had a down year for their standards (you know you’re good when 58 wins and the 2nd best record in the West is a down year lol). Sure they ended up winning the championship with Steph dominating the Cavs, but when you take into consideration what Davis did with his supporting cast (who without him are picking in the lottery) and the historic MVP campaign that James Harden had, you have to give those guys credit where credit is due.

*if you’ve read until here: THANK YOU SO MUCH FOR YOUR SUPPORT!!!!! Follow me on Twitter (@enanokev785), like my Facebook page in Spanish (NBA Discussions) and listen to my podcast in Spanish on Anchor (NBA Discussions). Leave your thoughts on this topic in the comments below 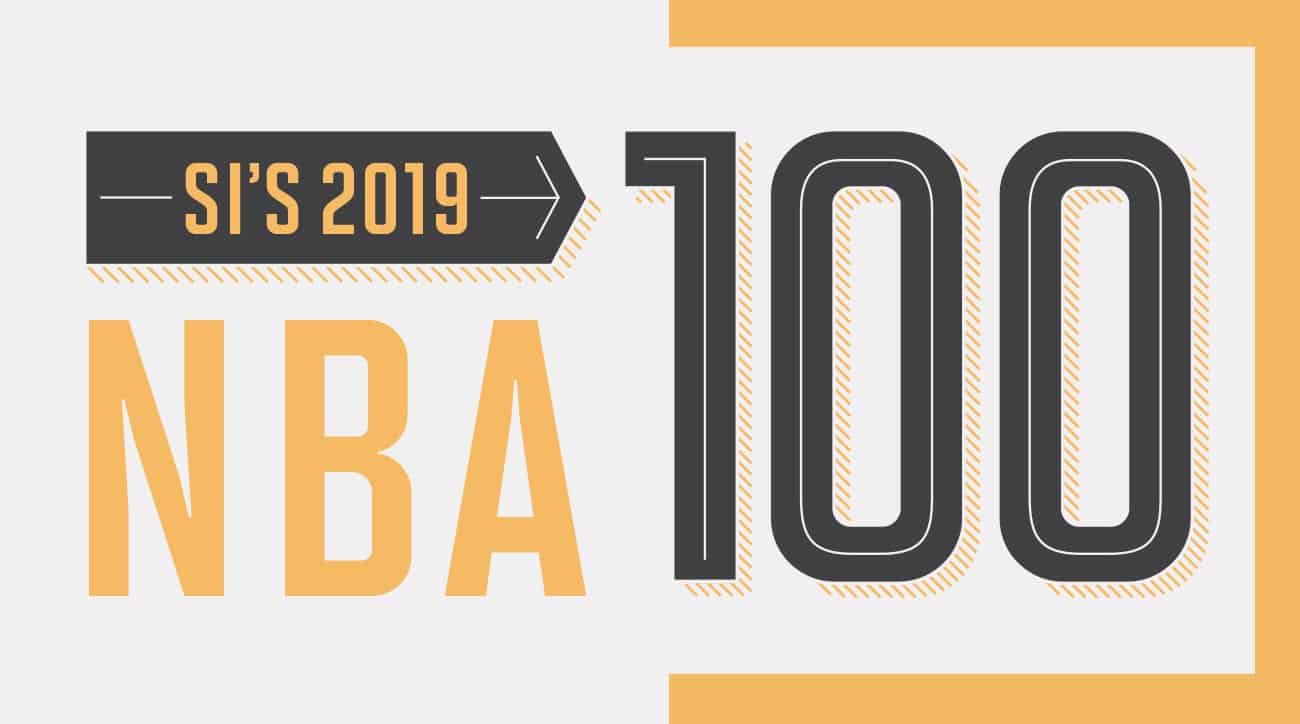