Borthwick has already started getting his house in order. Yesterday, the RFU announced the departure of scrum coach Matt Proudfoot, defense coach Brett Hodgson, and training co-ordinator Danny Keery. Proudfoot is the highest-profile casualty of the new regime. Lauded as the mastermind behind the Springbok’s demolition of England’s scrum during the 2019 World Cup final, he was initially brought into England’s set-up in 2020 as forwards coach. Proudfoot’s departure wasn’t unexpected, though it will be interesting to see whether Borthwick will expand the remit of current forwards coach Richard Cockerill or hire a specific scrummaging specialist. Saracen’s Ian Peel could be an option, while Adam Jones has been instrumental in producing a powerful scrum at Quins.

Brett Hodgson can consider himself unlucky; brought in after the autumn internationals to replace the outgoing Anthony Seibold, he never even made it onto the training pitch. He makes way for Borthwick’s lieutenant, the hugely respected Kevin Sinfield, the man credited with putting the tiger back in Leicester’s defense. Arguably, Borthwick’s biggest decision is whether to keep Martin Gleeson on as attack coach. England’s attack looked clunky in the autumn, while they mustered only eight tries in the last Six Nations. Borthwick could do far worse than Northampton’s Head Coach Sam Vesty, who has helped transform Northampton’s game, shifting them from a conservative style to an all-court, all-singing, and all-dancing approach. The stats don’t lie; this season, Northampton top the table in tries scored, metres gained, and the number of clean breaks.

Borthwick faces a pivotal decision in who to back as his playmaker. Owen Farrell or Marcus Smith? Or both? Smith is heralded as a once-in-a-generation talent, boasting the skill set of a Kiwi, able to take the ball to the line and threaten defenses. Farrell is often unfairly maligned as a safe option, a derogatory accusation for someone with over 100 caps. Farrell showcased his considerable skills in Saracens’ thumping victory over Exeter at the weekend, setting up Alex Lewington’s try with a deliciously outrageous out-the-back-door pass. Farrell’s difficulties have often stemmed from the fact he plays ten for Saracens and twelve for England. Both are exceptional players, but whether they are compatible together remains a tricky issue, one Borthwick may be able to resolve. If not, it’s decision time.

Under Eddie Jones, England could be accused of being one-dimensional at times, relying heavily on a kicking game and set-piece superiority. Admittedly, there is nothing wrong with such an approach. The problem was under Jones, England didn’t seem able to adapt their approach when necessary; they seemed to lack a plan B, demonstrated in their defeat to South Africa in Jones’s final game. Under Jones, England’s game was built upon physicality and forward momentum, hammering teams into submission, at times devastating, at times a little too blunt. To unlock top-level international defences, greater sophistication and variety is required.

England’s attacking DNA will likely revolve around who wears the number ten shirt. Saracens’ expansion in style this year can stop the jaded narrative of Farrell being a safe option, lacking Smith’s attacking flair. England’s attack needs to show greater adaptability, spraying the opposition with several bullets rather than emptying the barrel. Borthwick needs to ensure his leaders on the pitch can change the attacking approach of the side quickly and effectively.

Jones picked a whopping 114 players throughout his reign, with players often brought in and then thrown out in the cold. Modern rugby is attritional, and the brutal, competitive nature of the Premiership didn’t help Jones, but his squads were often somewhat unpredictable. Borthwick should take a tunnel-visioned approach with his selection, the World Cup is on the horizon, and the time for short-termism is here.

One key selection area for Borthwick is blindside flanker, a position where Jones often utilised one of his second rows, such as Maro Itoje or Courtney Lawes. It will be interesting to see whether Borthwick opts for a specialist; England often seemed light of a ball carrier amongst the forwards in the autumn. Jack Willis is the most natural option, though he hasn’t featured in Toulouse’s last two matches. One option would be playing two sevens in the back row, as England did so successfully in Japan with Sam Underhill and Tom Curry. Ben Earl has been in excellent form for Saracens, while London Irish’s Tom Pearson is the Premiership’s top tackler. Scrum-half is a similarly crucial area; Jack van Poortvliet impressed in the autumn apart from a tough outing against New Zealand. With Ben Youngs behind him in Leicester’s pecking order and short of game time, it could provide an opportunity for Northampton’s electric Alex Mitchell.

Will Borthwick shake up the captaincy picture? Farrell is the current captain, a born leader with meticulously high standards, a world-class competitor, and a man used to being in the driving seat. Another option would be Courtney Lawes, who is gradually returning from injury and has led England with distinction in the past. Ellis Genge represents a more left-field option; he gained plaudits for his leadership of Leicester last season under Borthwick’s stewardship. As an ex-England captain, Borthwick will understand the level of scrutiny it brings. Regardless of who he selects as captain, England must have as many leaders on the pitch as possible, able to influence and alter the shape of play. 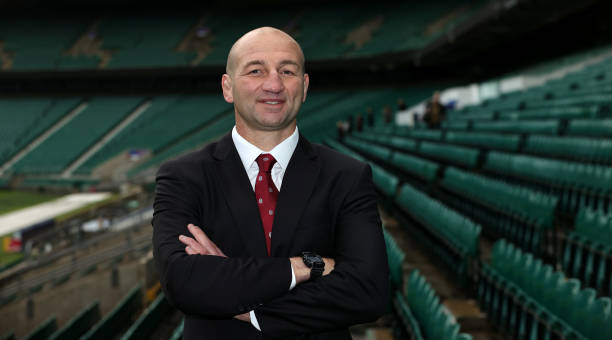