The fourteenth edition of the Presidents Cup got under in Charlotte, North Carolina, as the United States took on the International Team, and if you spoke to many experts prior to the competition’s get-go on Thursday, you would have thought the Americans already had their hands on the trophy.

It meant the highest ranked player representing the visiting side was Japanese golfer Hideki Matsuyama, ranked seventeen in the rankings, whereas the hosts had ten of their twelve players above him in the rankings, and with the Internationals average ranking around the fifty mark, and with eight rookies, the odds were heavily stacked against Trevor Immelman’s side.

But as USA captain Davis Love III eluded too, the international side was still stacked with quality even though they were inexperienced in this type of battle, so the Americans could not be complacent and had to stamp their authority to make sure they were not shocked by a largely youthful visiting line up.

Day One saw the foursomes, meaning alternative shots between the pairs sent out there on the opening day, and there were five matches to be played over the course of the afternoon, these were those matches: –

So, what were the experts saying about the chances of the international side getting anything from Day One? Match One was a guaranteed American win, Match Two could go either way but probably be edged by the American pair, Match Three was maybe the international’s best chance of a point but Matches Four and Five were also likely to go the American’s way, so many were expecting a scoreline of 4-1 to the hosts after Day One.

Could the International side maybe squeeze out another point or even half point and get out of Day One with a 3-2 or 3 ½ -1 ½ deficit perhaps, they would have been happy with that if they managed to achieve this.

The underdogs needed a good start but sadly for them their opponents charged out of the blocks and led in all five games and with around two hours of play left on Day One, 5-0 looked a real possibility, Cantlay/Schauffele went on to demolish Scott/Matsuyama 6&5 to put the first point on the board, however, the other four matches ended up being very close, especially the last two.

Speith/Thomas managed to cling on and win 2&1 against Im/Conners at the seventeenth hole, and Young/Burns also managed to edge their contest by the same scoreline against Kim/Lee, meaning the hosts had a 3-0 lead, so the final two games were make or break for the international side you felt.

Well, take a bow Si Woo Kim/Davis, who were two down with four to play against Scheffler/Burns, but a superb late comeback from the International pair saw them end winning the contest 2up, meaning a first point on the board for the visiting side, and with the final match between Finau/Homa and Pendrith/Pereira, all square going down the final hole, could the internationals grab another half point at least to make it a decent day after a terrible start.

Unfortunately, they could not, as they missed a par putt to halve the match meaning the American pair came away with the narrow margin of a 1up victory, meaning after Day One the hosts held a 4-1 advantage going into the four-ball on Day Two, ultimately the USA side putted better throughout the opening day, and although the Internationals did make decent comebacks in four of the five contests, they could only grab a solitary point and already have a mountain to climb after one day of competition.

Five more games to come on Friday, the Four-Ball, here are those matchups: –

Day Two will see Munoz, and Bezuidenhout makes their first appearances in the competition this year after sitting out Day One, and the Americans will see Kisner and Horschel make their bow in the 2022 version of this tournament too. Can the Internationals make some more putts on Day Two and try and get back into this thing, or will the Americans, who have Speith, Thomas, Scheffler and Burns playing together again for the second day running, take complete control of this thing heading into Day Three, we shall find out soon enough. 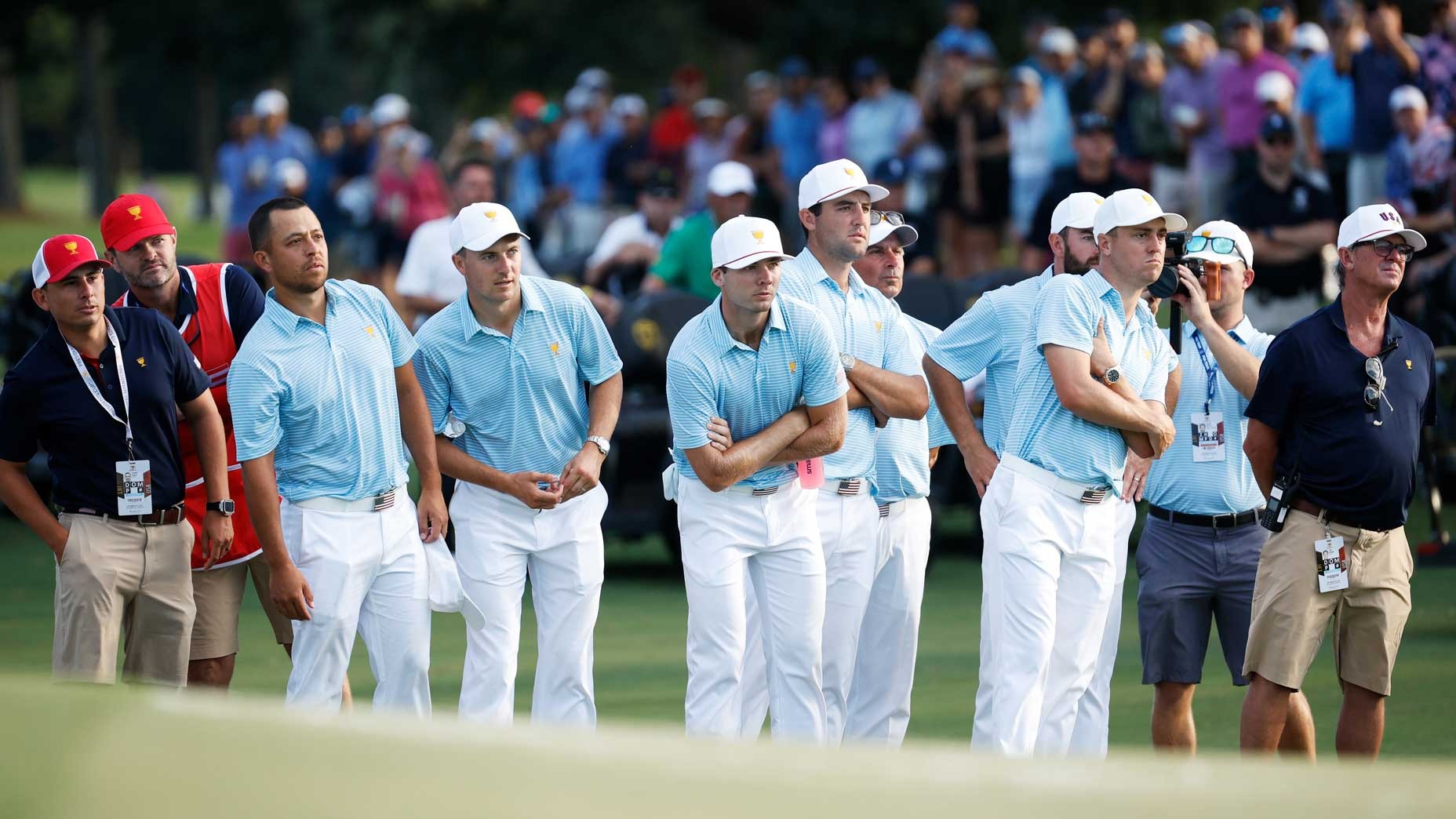