Bellator played two fight cards back to back this past weekend, streaming it on DAZN and Paramount TV.

Unfortunately, these services leave out the Republic of Ireland and the United Kingdom in their broadcast.

The last Bellator card broadcast live in the UK and Ireland ran into difficulty as the main event between Gegard Mousasi and Rory MacDonald cut out to play an episode of Peppa Pig.

Two Fight cards in one Weekend

On Saturday Fedor stopped Chael Sonnen in the Semi-Finals of the Bellator Heavyweight Grand Prix this Saturday.

Mike Kimbel made his night easier on the under card by knocking his opponent out in six seconds.

Kharitonov did a great job jabbing Nelson up with left and setting up his booming right hand for the win. He swarmed on Nelson for the finish with a second left to go in Round 1.

An undersized Ryan Bader took the fight to Matt Mitrione in the main event and has secured himself a slot in the finals. He pressured Mitrione with his wrestling acumen and controlled the fight from top position, dropping bombs from along the fence for a large part of 25 minutes.

Sergei Kharitonov def. Roy Nelson via KO at 4:59 of Round 1.

Mandel Nallo def. Carrington Banks via KO at 0:57 of Round 2.

Henry Corales scored an impressive knockout with a lead left hook that sent his opponent crashing to the canvas.  Both men exchanged wildly which allowed Corales to land that fight-ending punch.

Cheick Kongo finished his contest in 68 seconds. With this knockout, he could be an alternate for the finals of the Heavyweight Grand Prix if Bellator needs a replacement.

Benson Henderson had his hand raised after a dominant showing against Saad Awad. Benson used those powerful round kicks of his and secured takedowns to get on his way to a Lightweight title fight.

Fedor Emelianenko administered flurries on the feet that sent Sonnen reeling around the canvas.

Once Sonne attempted a scramble as he slipped from the back mount Fedor used his trademark ground-and-pound to finish Sonnen. Fedor won by TKO at 4:36 of the first round due to ground and pound.

The finals for the Bellator Heavyweight crown will be contested on Jan 26. 2019. 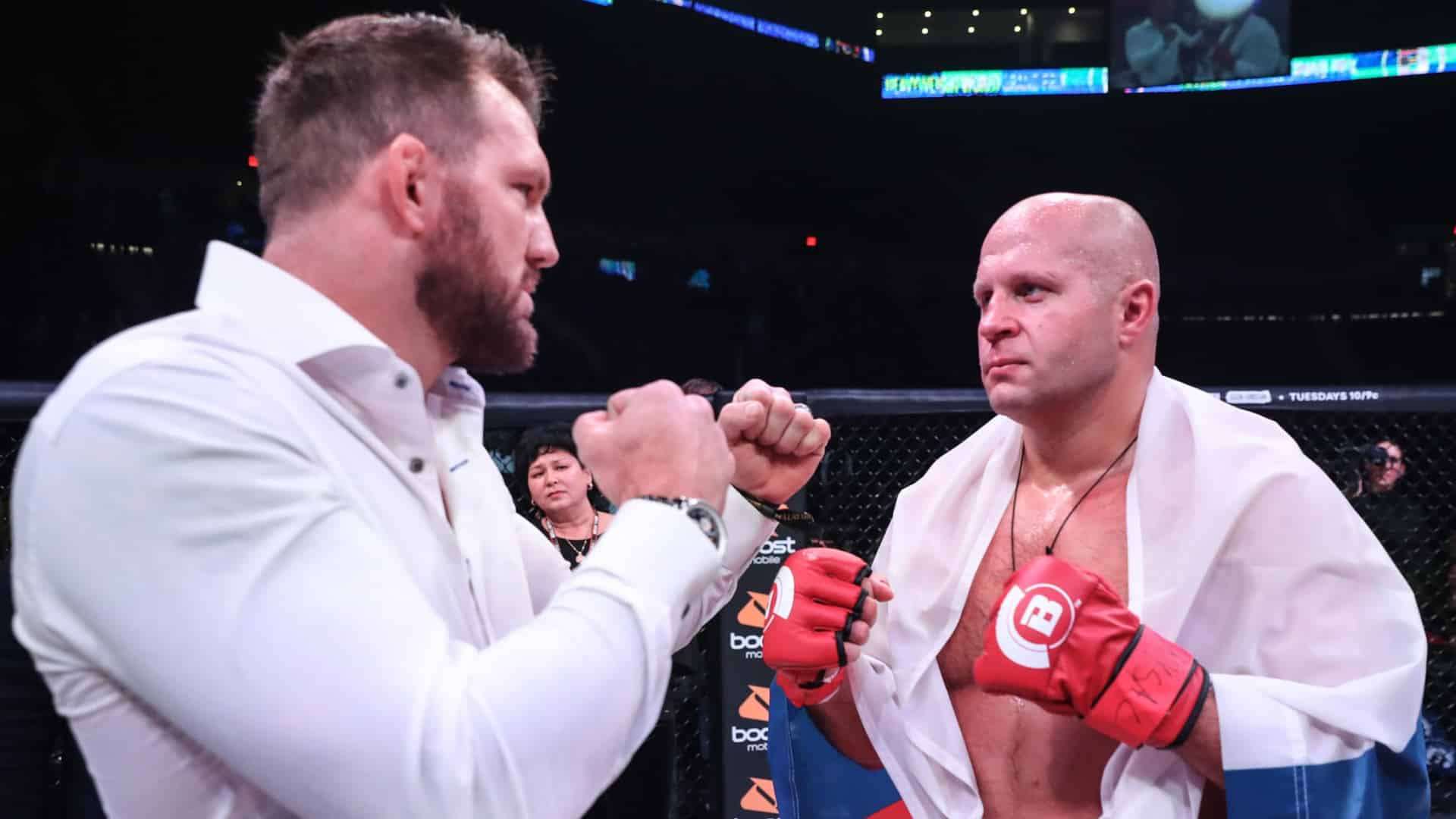