The Dodger bullpen has been criticized and deservedly so this 2018 season. After having historically bad months of July and August everyone in LA was ready to write them off. A part of the team that was so strong last year in 2017 was its Achilles heel in the summer of 2018.

Now after a huge comeback to snatch the team 6th consecutive division title the bullpen is one of its strong point once again, and just in time. After an amazing September and a great start to October people are asking, what happen to the bullpen?

Was it the addition of former start Kenta Meada who spent a lot of time in the bullpen last year and returned to his same spot being that 8th inning bridge to Kenley Jenson. Was it considered starter and rookie flame throwing left hander Caleb Ferguson?

Who bounced on the scene early in the year and moved to the bullpen to give us more depth since our starting pitching was so good. Well folks I’m here to tell you that, although those are both great considerations the main reason for the Dodgers turn around is the great Pedro Baez. Baez was a huge part of the Dodger bullpen in 2016-17.

Where he pitched career highs in innings. After a bad start to the 2018 season where he also got boo’d outta Dodger stadium Pedro Baez was sent down to the minors for a mechanical rehab. Ever since his return he turned in 55 innings a 4-3 record and rocking a beautiful 2.88 ERA.

He’s been great this year and is flying under the radar. The Dodger bullpen has went full circle from being a team weakness to being its strongest attribute. After appearing in 4 of the 6 games for the Dodgers this postseason

Baez has put in 4.2 innings a 1-0 and 0.00 era. He’s Back ladies and gentlemen and just in time. His stuff looks great and Dodger fans everywhere should breathe a sigh of relief when they see Pedro Baez entering the game from the bullpen. Dodger are tied 1-1 with the Milwaukee Brewers and are heading back to Chavez  Ravine where they look to take care of business. 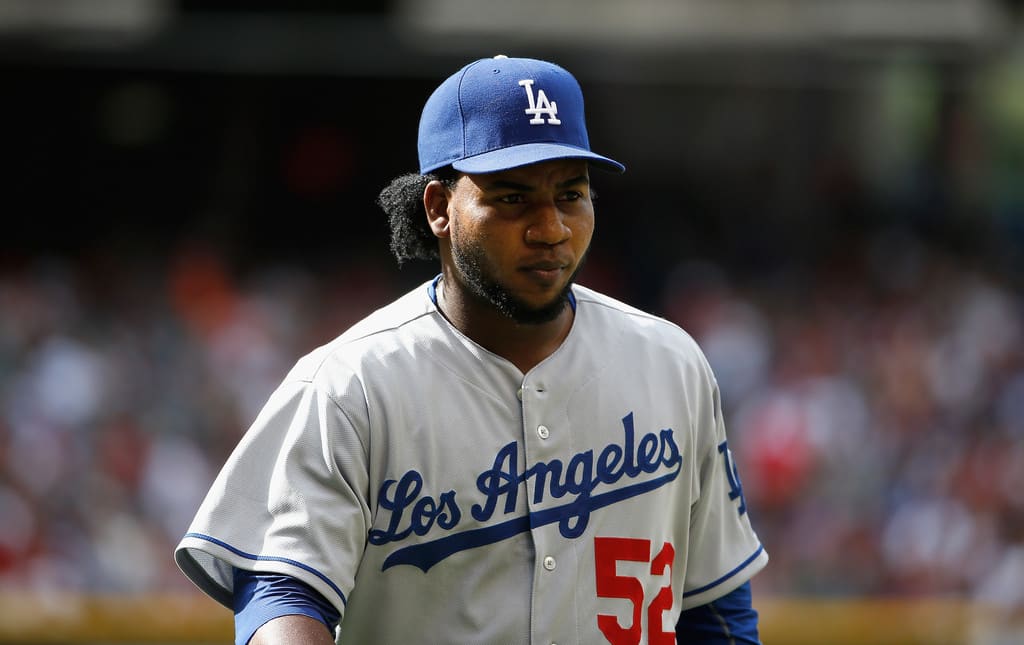