The Miami Heat continued their road trip out west as they made their next stop at the Talking Stick Resort Arena against the surprising Phoenix Suns. The Heat have won 10 of their last 11 contests against the Suns. It should be also noted that Justise Winslow and Udonis Haslem were both out with a headache and stomachache injury respectively for Miami.

The Heat jumped out early in the contest, going on a sixteen to four run, led by Jimmy Butler and Kendrick Nunn, before Dario Saric and Devin Booker ended the run for Phoenix, knocking down a three-pointer and a layup each. With Miami leading 22 to 15, the Suns went on a thirteen to nine run to close the first quarter, with the Heat leading 31 to 30.

In the second quarter, Miami would keep Phoenix at bay as they increased their lead with baskets from Goran Dragic, Derrick Jones Jr., and rookie Tyler Herro, while the Suns answered back with offense from Ricky Rubio and former Heat player Tyler Johnson. With Miami leading 43 to 32, Phoenix would mount a comeback, going on a nineteen to nine run, led by Rubio, Booker, Aron Baynes and Kelly Oubre Jr., before Butler ended the run with two free throws, plus a three-point play for the Heat. Butler continued knocking down baskets for Miami, who would build a 64 to 57 lead over Phoenix by halftime.

Derrick Jones Jr. would not return back to the game for Miami as he headed back to the locker room due to a hip strain. The Suns wasted no time in the third quarter, narrowing the Heat’s lead as they went on a fifteen to two run, led by Rubio, Oubre Jr., and Kaminsky. With Miami leading 79 to 74, Goran Dragic would take over on the offensive end for the Heat, knocking down three-pointers and layups. By the end of the third quarter, the Heat led 93 to 86.

As the fourth quarter commenced, the Heat continued their run from the late stages of the third quarter, increasing it to a twenty-one to seven run against the Suns, before Baynes ended the run with a basket for Phoenix. With Miami leading 115 to 103, they would put away the Suns when Herro stole the ball from Booker, leading to a breakaway layup, plus a three-pointer, and a layup from Kelly Olynyk, en route to a 124 to 108 win.

If there ever was a need for a bounce back game for Miami, this was it. The Heat, specifically Jimmy Butler and Goran Dragic, tore through Phoenix with their offensive scoring, even more so, they had to work with at least 10 players on their bench to get the win. Miami has now won 11 of their last 12 games played in Phoenix. Justise Winslow is now in NBA concussion protocol, after suffering a collision from the previous game against the Denver Nuggets, in which he collided with Paul Millsap.

For the Heat, Jimmy Butler led the way with 34 points, Goran Dragic had 25 points, Tyler Herro made 15 points, Kendrick Nunn with 11 points, and Bam Adebayo with a double-double of 15 points and 10 rebounds.

For the Suns, Aron Baynes had 23 points, Devin Booker with 22 points, Kelly Oubre Jr. made 15 points, Tyler Johnson had 11 points, and Ricky Rubio with a double-double of 11 points and 11 rebounds.

The Heat end their road trip with a big test made for Hollywood as they take on LeBron James, Anthony Davis, and the Los Angeles Lakers. Game starts tomorrow at 10:30pm and will be televised locally on Sun Sports and nationally on NBA TV. 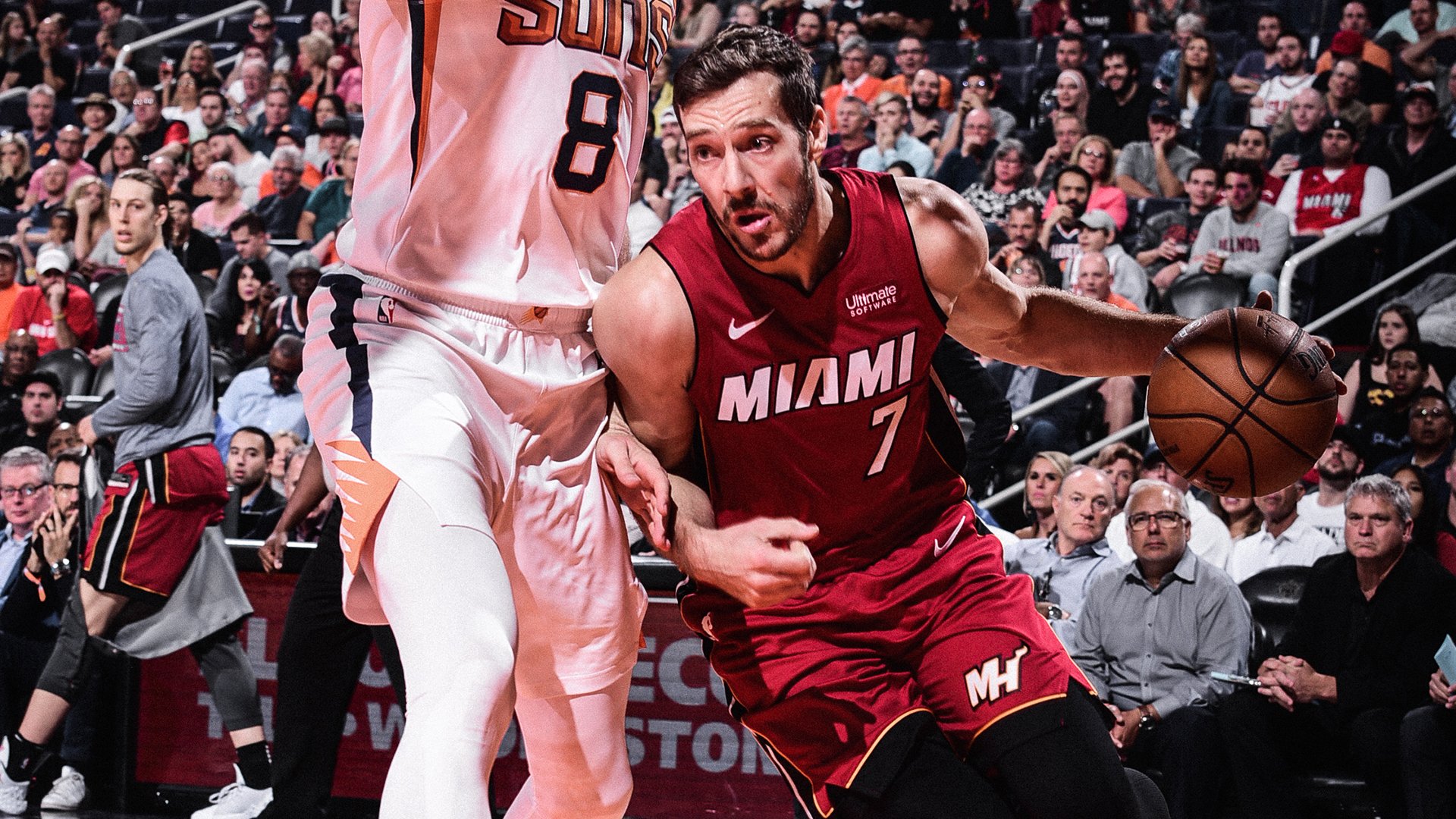