Chelsea was perhaps a fascinating topic going into this summer’s transfer window. The European Champions had clear intent and need to improve despite their continental triumph. However, as soon as the window opened, the blues seemed to set their sights on Borussia Dortmund striker Erling Haaland.

The saga rumbled on with the theme of the German club’s traditional stubborn and complex nature. In recent days, it is becoming evidently more clear that Chelsea have losing interest in the deal and have turned their attention to Inter Milan’s Romelu Lukaku, former Chelsea alumni.

Many Chelsea fans will ask what is going on? and why with the UEFA Super Cup just next week, are there no new faces in the door?

Especially after the news of a release of funds following Thomas Tuchel’s instant success. While nobody can shed light on what exactly is going through Marina Granovskaia and co’s minds, it’s essential to look at some facts surrounding the stakeholders involved and the transfer market in general.

Chelsea’s striker story goes back over a decade. Apart from Didier Drogba and Diego Costa, almost all of the strikers Roman Abramovich has signed have been underwhelming.

Costa departed in the summer of 2017, and a flurry of strikers since then have failed to meet Stamford Bridge’s high standards. Nevertheless, Alvaro Morata, Gonzalo Higuain and Tammy Abraham brought Chelsea last summer, where the Blues signed highly-rated RB Leipzig forward Timo Werner for £45 million.

A price is considered a bargain even by their rivals. The German scored 34 goals in all competitions the season prior and reportedly turned down a move to Premier League Champions Liverpool to join the West London Club.

Werner is essential to this because Chelsea thought they got their goalscorer a year ago. Werner was meant to be that man. A plethora of missed chances and offsides later, and Chelsea is scared. They are scared to rely on someone who was so out of sorts last season he has gone from ‘bargain’ to ‘flop’ in the space of 12 months. Werner’s contribution to the team has come in other areas.

This left them with some business to be made that was never meant to be in the long term budget. Let’s not pretend there was much reluctance to make the funds available. The quite remarkable Champions League win gave Tuchel a lot of money to play with. However, when you are suddenly putting yourself in the market for the best strikers in the world, it is hard to stick to the same financial trajectory.

This moves us on to the money side of things. Both Erling Haaland and Romelu Lukaku are going to cost Chelsea over €100 million each. This is not surprising, considering the brilliance of both players. However, for football, the 100 million mark has quite a morbid history.

There are 8 transfers to break the €100 Million barrier. Only one of those players who transferred has won the Champions League with the club they moved to, that being Gareth Bale, the oldest and least expensive transfer of all of them.

The list includes the infamous transfers of Ousmane Dembele, Antione Griezmann and Philippe Coutinho to Barcelona that have seen none of those players nails down a first-team place.

Paris Saint-Germain’s signings of Neymar and Kylian Mbappe top the list with the Parisien club not winning the Champions League as they intended and now facing the real possibility of losing hometown guy Mbappe for absolutely nothing in a year.

The list is completed by the switch that started Paul Pogba’s turbulent time at Manchester United. Cristiano Ronaldo’s move to Juventus has only seen the Old Lady get worse since. Joao Felix, who once had the world at his feet but is now rotting playing Diego Simeone’s uninspiring mess that he calls football and finally Eden Hazard’s trip from Chelsea to Real Madrid that doesn’t need to be explained.

Except for Bale, the theme to these deals is that none of them reaped the rewards the investment came for. PSG never won the Champions League, and Barcelona, Atletico Madrid and Juventus have all trended the opposite way since.

These transfers have a lousy record. The main argument is, why would the price of something impact its effectiveness? This is a question that cannot definitively be answered. The best angle would be that these transfers either create an imbalance in clubs finances and wage bills that affect investment in other areas while also putting an astronomical amount of pressure on the shoulders of the player involved.

Chelsea and their rivals Manchester City have actively avoided transfer ‘sagas’ throughout their rise to the top of the English game. Manchester City pulled out of a nailed-on chance to sign Alexis Sanchez in 2018, as the deal would have made him the highest-paid player at the club and initiated a war with Manchester United for his signature.

The point is that the success rate of the most expensive deals in the game breeds a level of reluctance especially put alongside the transfer policy of Manchester City.

Erling Haaland presents a challenge that Manchester City wasn’t even interested in enquiring about. The disruptive agent, Mino Raiola, stands in the middle of this deal. The super-agent once referred to as a ‘sh*tbag’ by Sir Alex Ferguson, is infamous for his high agent fee demands and acrimonious towards his clients’ employers.

If you sign one of Raiola’s clients, it is coming at an extra cost, entering a working relationship with Raiola. Something a club that operates in the nature that Chelsea and City do, would rather avoid.

With Haaland content with the certainty that he will have more offers next summer, Raiola’s baggage and Dortmund stubbornness, there is no leverage for Chelsea to exploit when making this deal happen. Furthermore, Harry Kane is unlikely to be let out of Tottenham by Daniel Levy despite making it very clear that he does not want to be there in the footballing world. This fact makes the Haaland situation even bleaker.

Chelsea was not scared to accept defeat in this deal. They have swiftly taken the difficulties of making a deal with Dortmund and turned their attention to Lukaku. It has been reported before the Belgian striker believes he has ‘unfinished business with the club after his premature exit from West London many years ago and more encouragingly, Inter are a little bit desperate.

Antonio Conte left the club due to their need to sell, Chelsea believes they can test their owners’ resolve with the right offer. So the leverage is there for this deal to happen.

It wasn’t naive for the Blues to go for a property like Haaland. Marina Granovskaia remains one of the best negotiators in the game; her success in luring Kai Havertz to Stamford Bridge attests to that. Furthermore, Lukaku was never going to be made available immediately due to his EURO 2020 exploits.

The feeling has always been Chelsea WILL sign a striker this summer. The Champions League win has ramped up their standards. Standards only four strikers in the world can truly meet.

If Chelsea fails in getting Lukaku this summer, it may be best to head into the new season without that star number nine and perhaps provide an ample opportunity to the likes of Tammy Abraham. The former Aston Villa player’s future is uncertain, but that is due to the rumours surrounding Stamford Bridge.

Chelsea’s striker hunt has frustrated fans for years now, not just this summer. It is essential to understand that there is not much of a feasible market for one this window. With EURO 2020 and the financial turmoil of the pandemic still being felt, patience was always required.

There is an ever-increasing feeling that Chelsea will bring back in an old face, though. Many reports breed confidence in a deal for Lukaku happening. If the Belgian returns for his ‘unfinished business’, it makes Chelsea huge contenders next season. Even in retaining their European crown.

For more discussion on the upcoming Premier League season as well as other leagues check out the World in Sport forums. 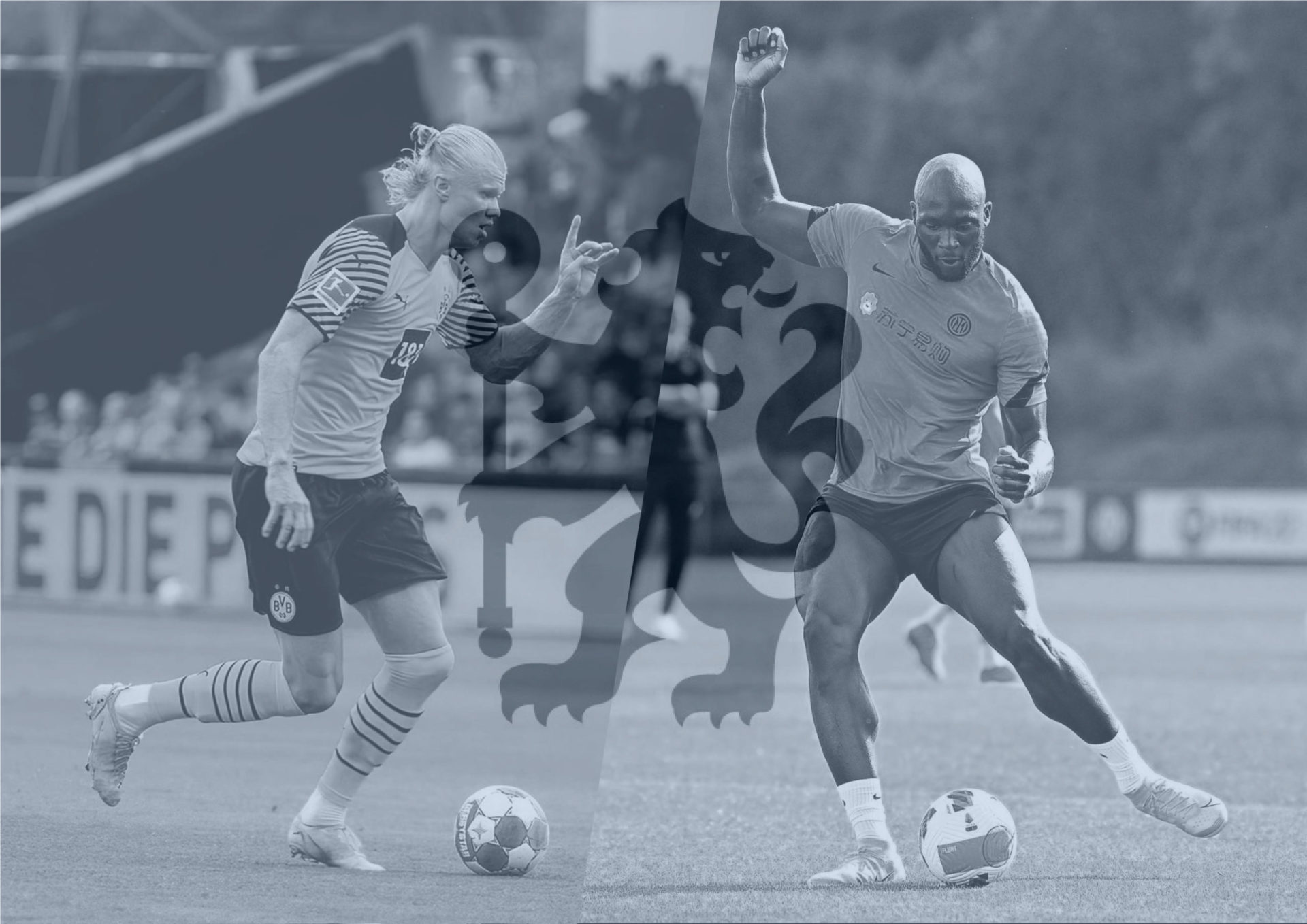