Since signing with the company last year, Khamzat Chimaev has caught the eye of many across the MMA community. After submitting John Phillips on his promotional debut, Chimaev was eager to get a fight booked as soon as possible.

Just ten days later, Chimaev was back in the cage. On that night, he defeated Rhys McKee via TKO midway through the first round. He would go on to break the record for the quickest turnaround between UFC wins in the modern era.

In September of 2020, in his third bout, Khamzat would face Gerald Meerschaert. However, just seventeen seconds into the fight, Chimaev produced a vicious knockout to get the win.

Unfortunately, it would be over a year before MMA fans would see Chimaev take to the octagon. ‘Borz’ was scheduled to fight Leon Edwards, but the pair would never end up fighting. On top of that, Khamzat would struggle with COVID-19.

Finally, MMA fans would see the undefeated fighter return to the cage at UFC 267 against a tough Li Jingliang. In typical Chimaev style, the performance was one-sided. ‘Borz’ would submit Jingliang in the first round to keep his undefeated streak going.

It’s fair to say that the hype is real. After picking up yet another victory inside the cage, what’s next for Khamzat Chimaev?

Speaking to TMZ Sports, Dana White has expressed his desire to make the fight happen: “One hundred percent, this guy is like nothing that anybody’s ever seen,” White said. “When you think about it, he’s got more UFC wins than he’s been hit inside the octagon. Insane. And the other night, our social team, they filmed his walkout on Instagram Live, it broke the record. It’s the biggest Instagram Live we’ve ever done.”

So, with Dana White on board, do you think we’ll see Khamzat Chimaev versus Nate Diaz? 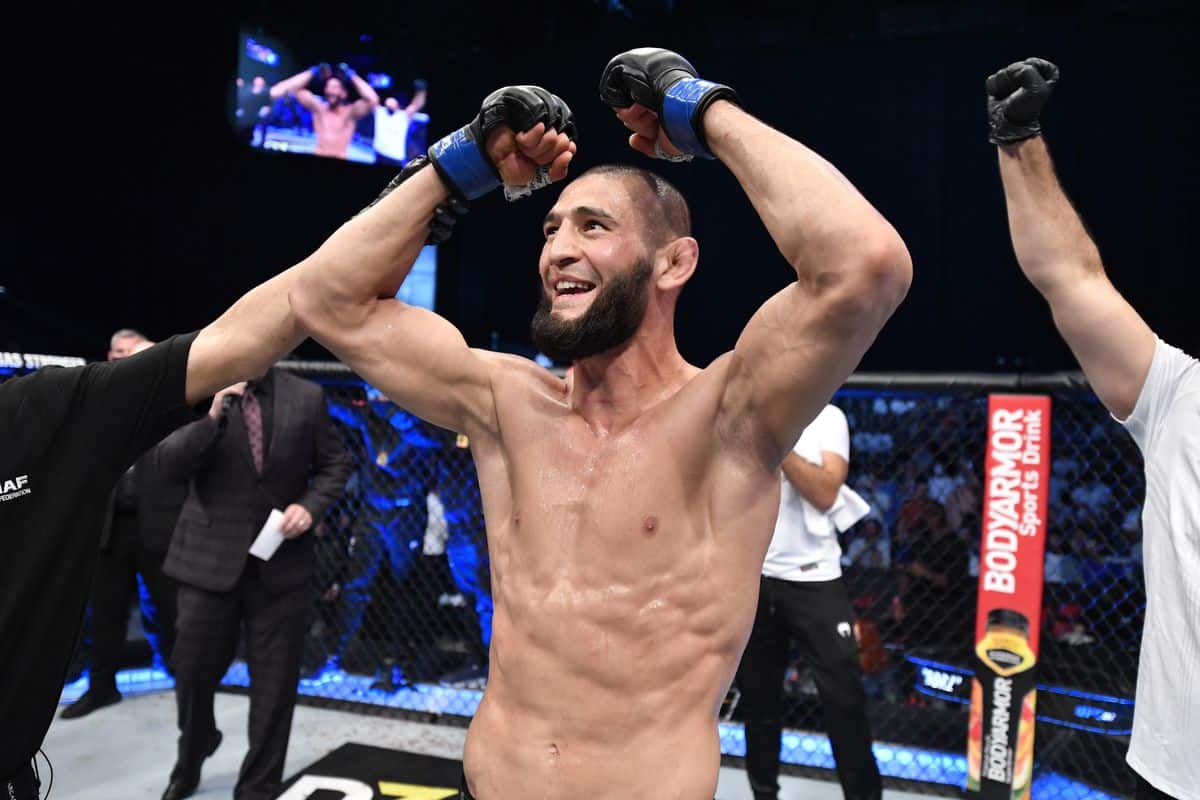