Spurs Chairman Daniel Levy has confirmed the appointment of former Chelsea manager Antonio Conte as Head Coach, agreeing on a contract until the summer of 2023. The former Inter Milan and Chelsea boss arrives at the Tottenham Hotspur Stadium having previously won an FA Cup and Premier League title as well as 4 Serie A titles, 3 with Juventus and last season with Inter.

How Can Conte Help Spurs?

Since the departure of Mauricio Pochettino, the appointments of Jose Mourinho and Nuno Espirito Santo have meant that their style of football has completely changed to the fact that they have gone from being a front foot, attack-minded team to a team that likes to sit back and wait for the opponent to make a mistake.

Conte’s teams generally set up in a 3-5-2 formation and like to make the wing-backs push forward and join attacks. So this could mean that the likes of Sergio Reguilon may have an important role in his plans at Spurs. The areas in which he might want to look at in the summer are in the defensive areas. The north London side has found it difficult to find a solid central defender until they brought in Cristian Romero from Atalanta. However, the move hasn’t really paid off as Spurs have only three clean sheets in their first ten Premier League games. Setting up in this formation could leave the team susceptible to counterattacks, so it will be interesting to see how they adapt to those situations under the Italian.

The England Captain had a sensational summer, leading England to the final of the Euros, however, one goal in nine appearances this season is a sign of the team probably not creating enough opportunities for him to score. This could be due to the tactics of Nuno which were quite defensive in the sense that the team would try to sit back and hit teams on the counter-attack, which does not suit the Spurs center forward as he prefers a more expansive style where people can run off him.

Kane has formed a formidable partnership with Heung-Min Son during the last couple of seasons, however, like the Spurs number 10, the goals have really dried up for him as well this season. The England captain has only netted seven goals in 14 games, while the South Korea captain has only 4 in 13 with two assists. Will they be able to fire under the reign of the Italian?

Conte’s first game in charge could possibly be against Everton on Sunday as there are still talks for ongoing resolutions at the club. With the Italian arriving in North London, Could this be the start of a great and glorious future for Spurs? 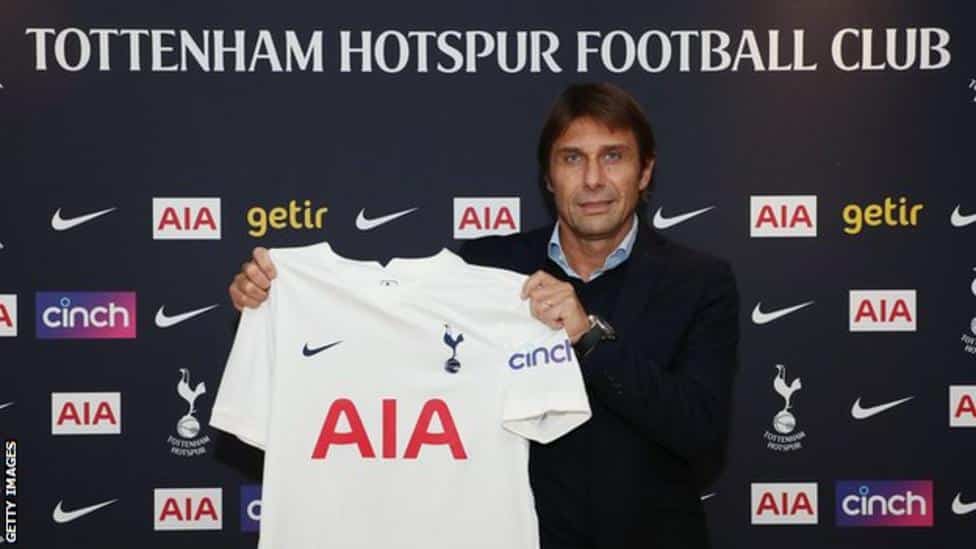