CM Punk also known as Phillip Brooks was one of the most sought after fighters in the UFC recently, when he made his professional debut against Mickey Gall  at  203. The former WWE superstar signed a contract with UFC on December 2014 after leaving the  on bitter terms. Rumors state that Punk was unhappy because WWE wasn’t giving him the big matches. Punk wanted a match on the main event of Wrestle Mania to which the chairman of the WWE, Vince McMahon disagreed. After being denied on numerous occasions punk resigned from the Company.

These are of course only rumors. Both parties (Punk and WWE) refused to speak clearly about what exactly happens. But the pro wrestling fans were hugely disappointed with the resignation and retirement of this wrestler. Soon the fans began to speculate and hope to see their favourite “Pipebomb”er again to which punk answered by signing a contract with the UFC. The wrestling fans were elated with this decision whereas the orthodox, hardcore MMA fans were surprised and ridiculed him for it.

Punk started training under the former World kickboxing champion and currently a popular MMA coach Duke Roufus. Many UFC stars including the current Welter champion Tyron Woodley also trained with him in the same gym which was a plus point for punk.

But the opponent he was facing is a brown belt in Brazilian Jujitsu under David Adiv. And also a Muay Thai practitioner under Kaensak Sor Ploenjit. He started boxing at the age of 13 and transitioned to BJJ at 16. He is an accomplished grappler, having one multiple “NAGA” and “Grapplers Quest”.

Whereas CM Punk didn’t even think about MMA until he was 36. There was certainly a huge difference in skill sets between the two fighters. But Punk was determined. Again, determination alone doesn’t win, fights skills and techniques are also required. The former pro wrestler was outclassed by the younger and better fighter as many predicted. He has brought down to the mat and placed in a “Rear Naked Choke” submission. Punk’s appearance was over after 2 min 13 sec of the very first round. Punk said at the post-fight interview-“I just like to take challenges, it was a hell of a mountain to try to climb and I didn’t get to the summit today. But that doesn’t mean I am going to give up. I’m not going to stop. I’ll be back, believe it or not.”

And based on his recent posts on social media, Punk is keen to get back into action again soon. Although the identity of his net opponent remains unknown.

In January, Punk told Fox sports’ Carrlyn Bathe that he was “Feverishly” working on another fight. And said that he was throwing names at UFC President Dana White. Duke Roufus shared a picture of UFC lightweight John Makdessi and Punk after a training session and announced that both of them are waiting for their fights to be confirmed.

Punk also said to Fox Sport when asked about his return to the Octagon, “That’s up to Dana. I had a conversation with him. Told him Hey, if you want to cut me I get it but I’m fighting whether it’s for you or somebody else. I don’t have a manager or an agent but I told him I want to fight again. He floated me an idea and we are kind of going back and forth on right now. We are at discussion so you might hear an announcement in the coming weeks” .Though when Dana was asked the same thing he was quite tight lipped and said,”.There is no update of him, yet. I know he wants to give it a shot again and we will soon speak about it.”

Rumors were circulating that Vitor Belfort wanted to fight CM Punk on his retirement match which couldn’t take place at UFC 212.Again Mike ”The Truth” Jackson also called out punk. Some fans are also speculating Edmond Tarverdyan former Bantam Weight Champ Ronda Rousey’s coach to go up against Punk! Even though his first fight with the UFC didn’t go his way but still managed to make a big impact in the UFC . How will be his return? If it happens then how will his return affect the UFC, the welter weight division? Who will he face? Only time will speak. But one matter is for sure “The Best in the world will be back” doesn’t matter his MMA record says “No win – one loss”. 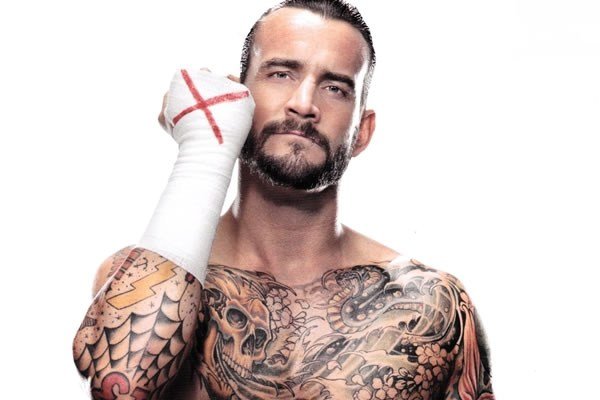