The Denver Broncos defeated the New England Patriots 20-18 to earn a trip to Super Bowl 50. This will be Peyton Manning’s fourth trip to the Super Bowl, and possibly his final.

The game will go down as a classic in the Manning v. Brady rivalry.

For the first quarter, Manning looked almost like the Manning of 2013. His passes had velocity and were accurate. He even moved well with an early bootleg. For the second straight week Manning threw no interceptions. As the game went on, the Patriots defense pressured Manning and neutralized his hot start, but Manning’s early success sparked the tone for his team.

The Broncos defense dominated all game long. They sacked Tom Brady four times, including 2.5 by Von Miller. Miller also had one of the two interceptions thrown by Brady. (Bradley Roby picked off Brady a third time on a failed 2-point conversion attempt.)

Brady probably feels as though he was sacked 10 times. It seemed like nearly every pass, Brady landed on on his back. The pressure never subsided and helped the Broncos minimize the presence of Rob Gronkowski and the New England receivers.

Still, the Patriots managed to keep the game close. With seventeen seconds left in the game, Brady threw a touchdown to Gronkowski. Due to a missed extra point by Stephen Gostkowski after the Patriot’s first touchdown, the Patriots were forced to go for two. Brady then threw the interception to Roby. Had Gostkowski made the extra point earlier, the game would more than likely have gone to overtime.

The missed extra point was the difference in the game in every possible way. At the end of the 4th quarter, the Patriots had all the momentum. Gronkowski was finding ways to get open. The New England defense had figured out and halted the Broncos’ offense. Had the game gone into overtime, Brady and Bill Belichick would be lifting the Lamar Dodd trophy and making booking hotel rooms in San Francisco.

Instead, we will see what may be the last game in Peyton Manning’s career. Manning’s history with neck injuries and the more recent Plantar Fasciitis injury puts his future as an NFL quarterback in question. Even if Manning wanted to continue playing, is there a team who would take a risk on him?

That is a question for two weeks from now. The only questions the Broncos will be answering right now will be about Super Bowl 50 and their opponent, the Carolina Panthers. 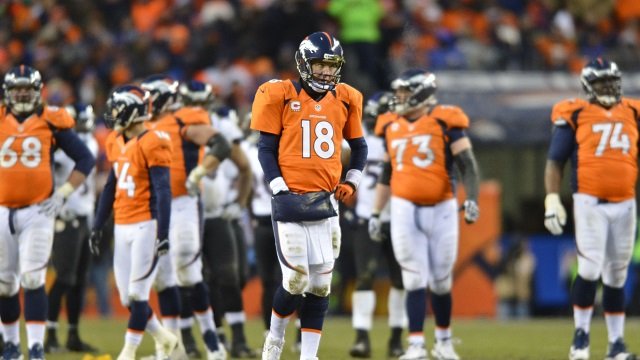