Emma Raducanu will rest and recharge at the end of her fairytale year breaking into the world’s top 20 tennis players. Infact, the US Open champion was ranked 333 at the end of 2020 and surely her wildest dreams would not have envisaged the year that she has had. What a year!

On reflection, it has to be acknowledged that the strides Raducanu has taken are beyond monumental and perspective needs to be put in place. Unfortunately, with great success comes responsibility and what that responsibility is remains to be defined. It seems that a successful Raducanu has the responsibility to please everyone or suffer a backlash through opinions of every Tom, Dick or Eddie.

Emma Raducanu was thrust into the spotlight with what could well be the greatest sporting fairytale we are likely to ever witness. Well, until the next fairytale. After all, sport never fails to create that unforgettable script.

Raducanu’s exploits at winning The US Open in September will give new meaning to The Pogues Christmas classic, A Fairytale of New York. Especially when it is on a continuous loop on every commercial radio station in the land throughout the next six weeks.

Unlike that Christmas cracker, Emma Raducanu’s success will still be of newsworthy debate beyond Boxing Day when we shall no longer debate the greatest Christmas song ever but plot her next astonishing victory or revel in her failure.

The Christmas goodies came quicker than you could say Billie Jean King after the female icon presented Raducanu her maiden Grand Slam. It was the stuff of pure fantasy. 10 straight victories from qualifying to the final. No sets dropped and the first qualifier ever to win a Grand Slam. No male or female has achieved that distinction once Emma Raducanu fired her winning ace past the fellow impressive teenager Leylah Fernandez. Oh yes, Raducanu was only 18 years of age and playing in her second Grand Slam.

The goodies included lucrative commercial deals with Tiffany & Co, Christain Dior and most recently Sports Direct. Raducanu has enjoyed modeling in New York and it seems the month after her mesmerising US Open victory included more laces than aces.

This was always going to provoke debate and criticism. Especially, as her on-court performances have taken a dip or maybe an expected dip since her US Open victory. First-round defeats at Indian Wells and in Austria last week have provoked some debate.

Eddie Jones suggested that Emma Raducanu had become distracted since her US Open success. The England Rugby Union Head Coach felt the need to write to Raducanu explaining that his comments had been taken out of context in comparing the distractions to that of his new young superstar on the block, fly-half, Marcus Smith.

Jones may have been taken out of context but his comments may have echoed what sports enthusiasts were thinking.

To Emma Raducanu’s defence her success was so remarkable and her rags to riches story that wouldn’t look out of place in a Tony Curtis romantic comedy. Therefore, the interest is purer than that of a seasoned champion. Adding to the fact that the women’s tour provides multiple Grand Slam winners because it is a more competitive tour than that of their male counterparts. The deals were there to be sealed because this is the most unique of unique stories. Raducanu cannot be blamed for cashing in on her unlikely success. It was always going to come at a cost, or was it?

Let’s look at the perspective of Emma Raducanu at the end of 2020. Being ranked 333 she would have wanted to break through and the goals would surely have been a steady progression. Therefore, before her US Open run Raducanu was ranked at 151. That would have been expected progress from the end of the previous year.

It is hard to imagine that she did not win the US Open but taking those 10 astounding wins out of the equation would mean that Emma Raducanu would be ranked around 100 in the world. First-round defeats against 106th ranked Wang Xinyu would have been penciled into the plan.

These defeats become bigger because she has catapulted into the world’s top 20. Now hypotheticals always make for great reading but Emma Raducanu’s world ranking is kind of distorted because she has jumped 100 places and now avoids the regular battles against those in and around the world’s top 100 whilst her rankings steadily increase.

Raducanu has possibly skipped a chunk of valuable learning and now finds herself the victim of shock results against players that have more tour experience, tour victories, and a lower ranking. Emma Raducanu has only recently won her first-ever WTA tour match.

It is to be argued that these results would have been expected with or without a Vogue front cover. Raducanu has recruited an experienced WTA coach Torben Beltz and his experience will hopefully guide her to realistic sustained success in 2022.

Beltz may have to ensure that he frees up Raducanu’s new schedule to allow her to potentially pick up the expected BBC Sports Personality of the Year award in December.

From 333 to dream maker. We must all allow Raducanu the opportunities that come her way and trust her process. This time next year will for sure make interesting reading. 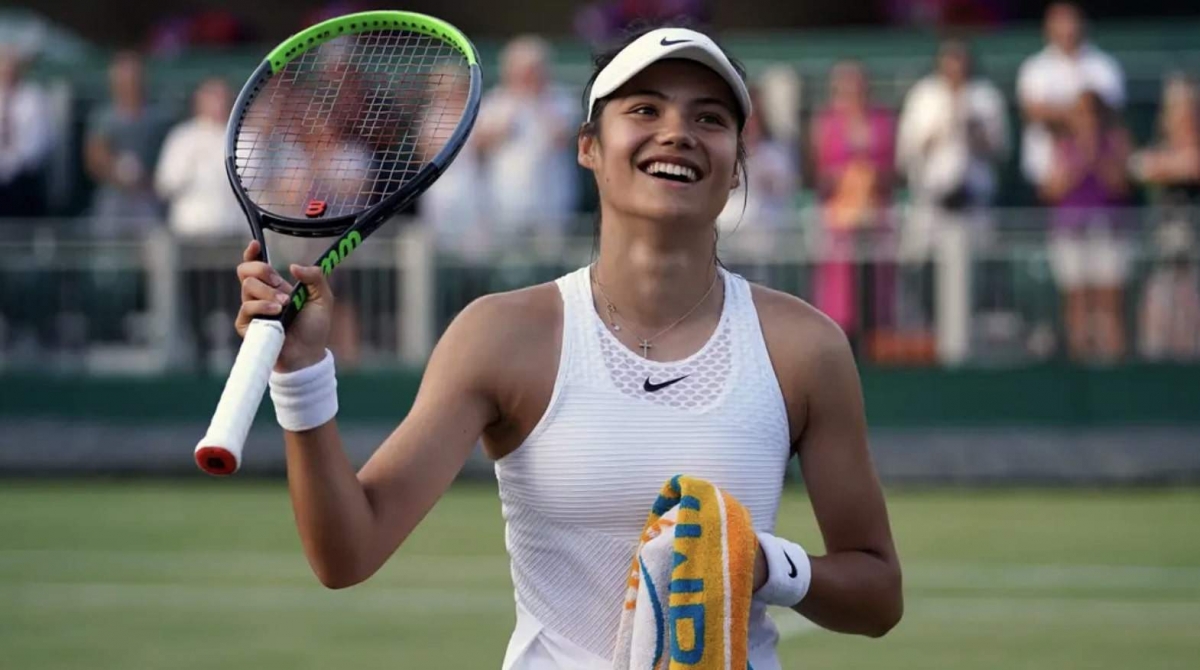