Yo Washington, we did it! The energetic Washington Wizards survived a thrilling overtime game against the Houston Rockets with a 135-131 win. This game was anything but boring. No defense from either team, thrilling plays on both ends, and star players showing up at the right time.

James Harden was very clearly the best player on the floor tonight, dropping 54 points, 11 assists and eight rebounds despite the loss. Eric Gordon followed up with 36 points and eight makes from deep despite coming into D.C. on a horrendous cold streak. But it was not enough in this one.

The Wizards bench stepped it up

And it created a huge impact during the game. The Wizards bench outscored the Rockets bench 45-9 in a game that involved a lot of offense. Markieff Morris was one of the main contributors to the bench thanks to his 22 points and 10 rebounds. Jeff Green was also in double figures with 13 points and Tomas Satoransky was the main playmaker of the second unit that got everyone going.

The changes in the rotation have worked almost to perfection. Since Scott Brooks made the changes, the Wizards are 3-1 and are averaging 123 points per game. 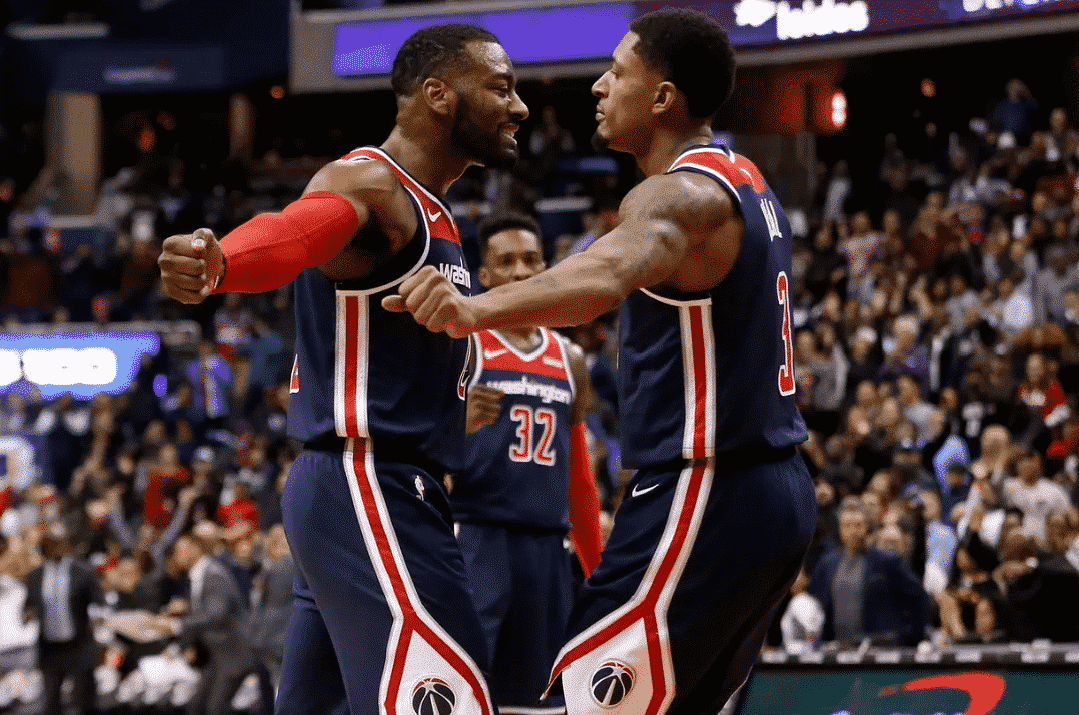 Don’t ever think about trading John Wall or Bradley Beal

Wizards fans will tell you. All you needed to do was watch this game and see how it all played out. John Wall had 36 points and 11 assists which included the game-clinching free throw with 1.2 seconds left in overtime. Bradley Beal added 32 points on 12-18 shooting from the field and 50% from three. While both of them played over 40 minutes, it was very necessary as they faced another good energetic team in the Rockets who did not back down.

When asked about the trade rumors after the game, Beal said “that’s nonsense. I got this Washington jersey and I come here to work everyday. This is where I wanna be and I want to continue to get wins for us.”

The Wizards need to make sure that they play like this energetic self on the road. They have been a relatively good home team, winning six of eleven in DC but it is not the same on the road. The Wizards have only won two games on the road and they will be facing the Pelicans in New Orleans on Wednesday.

After all of the drama, they have won six out of their last nine. Four of the next five games are on the road with the only home game being against the Brooklyn Nets. If there was any stretch that would determine how far this team can go, this is the one. Otherwise, they will have taken ten steps back and be bottom of the conference again. Washington put up one great fight but they need to keep it up to be back at the top. There is only one thing we ask of you Washington, win.