Following the disappointing defeat in the West Indies, World In Sport looks at the areas of improvement in which Joe Root’s England can work on.

Choosing to leave out both of their most experienced bowlers has proved to be the wrong decision of all. You could say that England has an eye on the future, but if you look at the stats for this Series, Jack Leach and Ben Stokes, are their highest wicket-takers, which means that England’s, main bowlers, apart from Wood did not have the pace like Mark Wood to ask more questions for the West Indies Basemen.

On the point of not taking Broad and/or Anderson, the reason why this was such a big mistake, is because they could have helped out Root not just by taking wickets, but by setting fields and more importantly, guiding the inexperienced bowlers on how to bowl on batsman-friendly wickets.

Saqib Mahmood looked impressive in the two Tests at Barbados and Grenada, especially with the old ball, where he got the ball to reverse swing.

The no-ball wicket of Jermaine Blackwood in Barbados signified the talent he possesses, especially with the old ball.

Mahmood picked up six wickets in the series, at an average of 22.8, but had Anderson and/or Broad been there, their experience in bowling long spells could have been useful, to discuss tactics, likewise for Matt Fisher.

Since then, they only surpassed the 300 mark on four occasions in the last 10 Tests. Quite a few of those have come from collapses after a partnership has been broken.

Quite a lot of emphasis on their batting has mainly been from their Captain and Vice-Captain to dig them out of trouble. However, in the first two Tests, although the pitches were flat in Barbados and Antigua, it was nice to see the likes of Crawley, Lawrence, and Bairstow getting amongst the runs, to release some of that pressure.

If England is going to become a top Test side, it’s vital that their top order stands up and helps the Captain and Vice-Captain post big totals to compete and win Test matches.

Another thing for England to think about is adding more pace to their team. If we look at some of the greatest Test teams, what they all have in common, is an army of terrifying bowlers, who would put non-stop pressure on the opposition batsmen. whether it was Croft, Garner, Holding and Roberts, Imran Khan, Wasim, and Waqar, or Siraj, Shami, and Bumrah. When these guys were bowling with full menace, there was no rest bite for the opposition batters, and they had to bat really well to score runs against them.

With Mark Wood out injured, this is the opportunity for the new selectors, whoever they may be to look at more fast bowling talent. Playing four seamers who bowl between 80-85mph is looks a little too one-dimensional to the opposition batsman.

If England can breed a crop of fast bowlers, it could make them a little more competitive in Test Series away from home, and give their bowling some more penetration on the flattest of pitches.

Another issue for England is the constant chopping and changing of their final XI. Although they did not do it quite as much for this Series, it has still been a constant issue over the past couple of years. Root pointed out that the reason for this process, was for rest and rotation, but if you keep on doing this, you will never get any consistency in performance.

Players should only be rested if they are either injured or out of form. You can’t win games and be consistent as a team if you keep chopping and changing, it doesn’t always work. What England needs to do in this ‘red-ball reset’, is turn up to the venue of each match, look at the pitch, conditions, and opposition, select accordingly to those things, and stick with it.

5. Create A Culture And Be Ruthless

The last and most important thing every team needs, is its own culture, philosophy, and style of playing. Strauss had a philosophy of making his team be mentally strong and more importantly ruthless. This meant that when the match was in the balance the team would look to seize the initiative, by going for the more positive but ruthless approach.

In his early stages as Captain Root mentioned the fact that he didn’t want England to become ‘a negative team that plays boring cricket.’ But then if you look at the Tests against Australia and India, a lot of the decisions made by Root were quite negative. For example, in last summer’s Test against India at Lord’s, India was 209-8 in their second innings, with a lead of 182, instead of being ruthless and trying to bowl them out, Bumrah hit one boundary and then Root started to spread the field as he was concern about the lead getting bigger.

This is a very negative tactic because as a bowler your number one priority is how am I getting the batsman out, and if the captain has everyone on the boundary, your options as a bowler are limited, and therefore the tailenders grow in confidence and start to feel comfortable at the crease.

The same happened in Australia when Starc and Michael Nesar took over from Smith and Labuscagne. The West Indies tail also helped Joshua Da Silva, by scoring 48 and 52, for the 9th and 10th wicket partnerships, so this is an area that which Root’s side has to be more ruthless.

So these are the areas in which Root’s England needs to look at if they have aspirations of being the world’s best side.

Send us your thoughts on how England can improve their ‘red-ball reset on World in Sport. 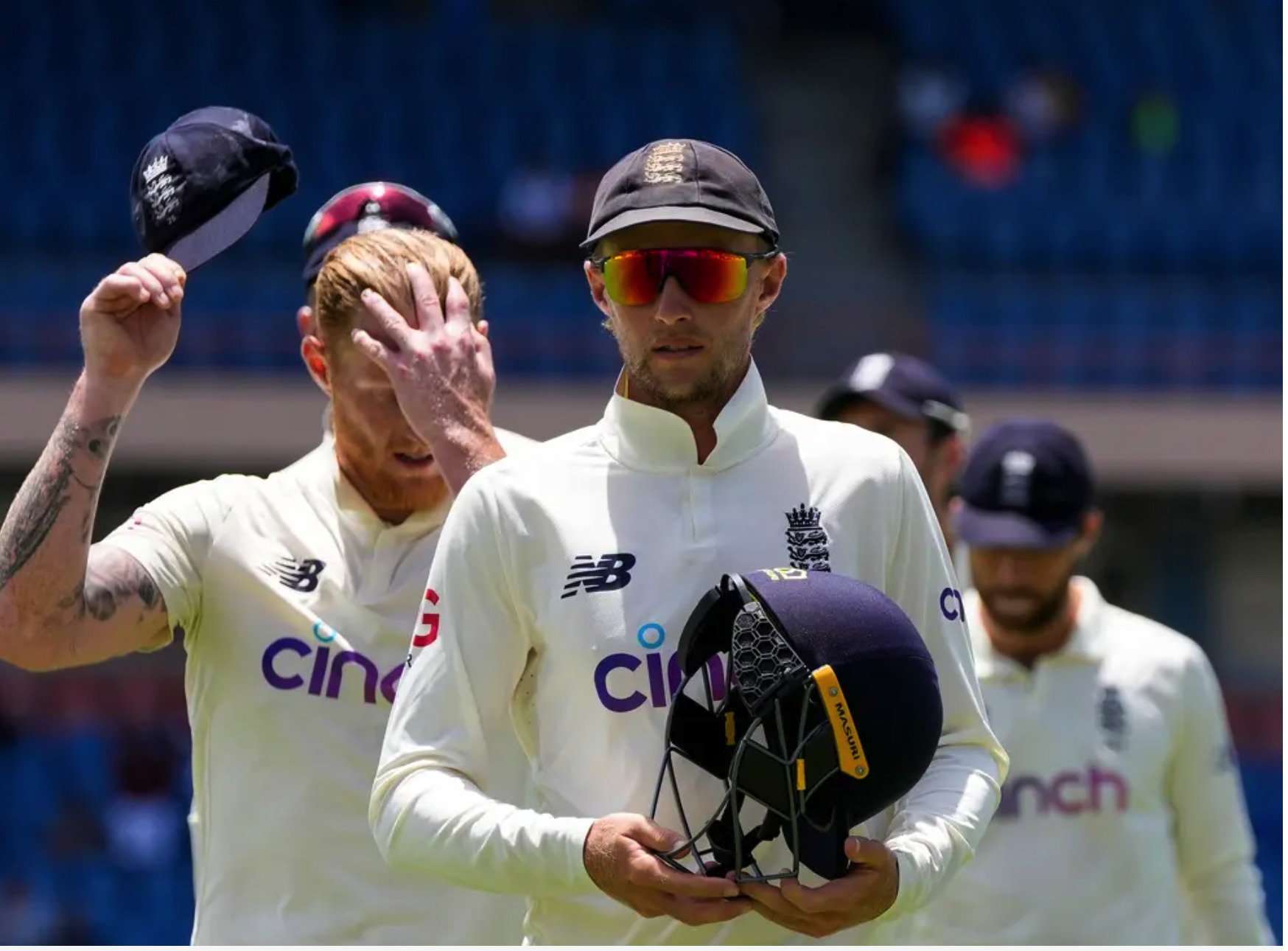