Skip to content
You are here
Home > US Sports > WWE > Erick Rowan and Luke Harper should feud! 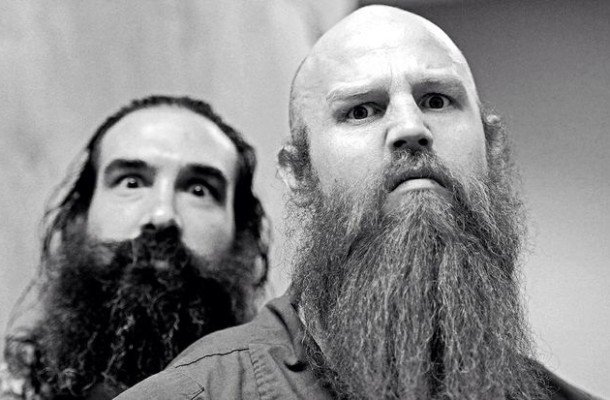 #Erick Rowan was fired on this week’s edition of Monday Night Raw and in the same night he had a match with his former stable mate Luke Harper. If past storylines are anything to go by then it’s safe to assume that Erick Rowan will be back in WWE, maybe even in time for the Royal Rumble but when he comes back it would be a wise idea to have Rowan feud Harper.

A few months back, Bray Wyatt freed his family members and for Rowan it ended up with him making a face turn during the build up to Survivor Series and joining team Cena while Harper remained heel and sided with team Authority. At the moment that Erick Rowan made a face turn, WWE teased a potential feud with Luke Harper but they didn’t continue with it and they have a chance to rectify that.

There are already a few routes that WWE could go down with Erick Rowan and Luke Harper, one being that they blame each other for the split up of the Wyatt family with each wrestler citing their reasons for a break up that didn’t need to happen. They could also feud over the belief that they each took the right path and Luke Harper could try to convince Erick Rowan to be a heel, in the same manner that Bray Wyatt tries to convince his opponents to join his agenda.

At this point in time both wrestlers have nothing to do and they are just wrestling pointless matches on free television. WWE has a tendency to only focus on two feuds at a time and pair two random wrestlers together so that when a pay-per-view comes around, they have matches to fill out the 3 hours. With Erick Rowan and Luke Harper, WWE can use it to fill out pay-per-view schedules and they can also create a meaningful feud.

The road to WrestleMania is beginning very soon and ideally WWE should try to avoid putting wrestlers with potential drawing power into the dreaded match that forces as many wrestlers on the roster possible to compete.

has updated a post."The Curious Case of Josh Rosen"
2 hours ago

has published a new post."The Curious Case of Josh Rosen"
5 hours ago