It’s very easy to dislike Floyd Mayweather Jr.  He’s loud. He’s brash. He’s conceited. He’s so good, people hate him. He’s a suspected abuser of women. The list goes on, but his worst sin, you wonder? He had the temerity to break the beloved Rocky Marciano‘s 49 – 0 undefeated record.

On the flip side, Floyd Mayweather Jr also the best boxer we’ve seen in generations and is quite possibly the greatest ever. He’s undefeated as a pro. He’s made more money – not only for himself – but for his opponents,  promoters,  advertisers,  and streaming and traditional media than any boxer in history. Floyd is uber-wealthy and uber-smart. He doesn’t need to fight anymore.

So when I heard that he was going to fight YouTuber, Logan Paul, I knew the reaction by most would be visceral and negative – and so it has been. I, along with many other sportswriters, pundits, and fans,  jumped all over this as being yet another “Floyd circus;” much worse than his bouts against Conor McGregor and Tenshin Nasukawa – at least they were terrific fighters in their respective disciplines.

Logan Paul really can’t fight. I mean, he’s not terrible for only having had a couple of fights, but he has absolutely zero business being in the ring with arguably the G.O.A.T. It’s an embarrassment, right? How dare he drag this noble sport into the gutter? How could he do something so undignified?

Hold on a second…” noble sport?” Up until fairly recently, boxing was as corrupt as it got; dominated by mobsters,  gangsters,  and shysters. It’s saying something when you can claim that as bad a dude as Don King was (is?), “at least he’s not Frankie Carbo.” Ouch! Not much of a bar, is it? Undignified? Are you kidding me?

As my friend,  John LiPari pointed out, Muhammad Ali “fought ” a wrestler who simply laid on the canvas so Ali wouldn’t hit him. George Foreman once “fought” five stiffs in a single evening. Some boxers (to their detriment) have tried fighting kangaroos.  Others have fought midgets.

There’s a story that Roberto Duran once knocked out a horse. My goodness, Chuck Wepner fought Victor, the bear – twice! I’m not sure it gets less dignified than watching the “Bayonne Bleeder” fight to a draw against a bear. Had it been any boxer more dangerous than Chuck, the folks at P.E.T.A. would have lost their minds. As it turned out, all the concern was for Wepner- understandable, if you followed his career.

Here’s something all these events had in common; they were well attended. I think we sometimes forget that boxing is also entertainment.  I’m not sure if Floyd Mayweather Jr deliberately chose to be the villain in the various dramas to which he is tied, but he’s certainly smart enough to have done so. Floyd, maybe better than anyone, has realized that people dig drama.

There’s a reason why soap operas have been around since the advent of television. You might think that something that’s on the tube five days a week, year, after year, after year, would wear out its welcome, but that hasn’t happened. Wrestling’s Vince McMahon figured this out and created the now WWE as the first “sports soap opera.” Floyd is doing the same thing in boxing.

Many of us recently watched the Mike Tyson/Roy Jones exhibition. While it wasn’t great in terms of quality, it was if measuring nostalgia. What I liked about it was that it gave me the chance to have my grandsons see these men live, and not on tape. Yes, they were better fighters on the tapes BUT, nothing compares to seeing a Legend, live. It didn’t matter a lick that it was an exhibition. “That’s Mike Tyson, live, on TV, son!”

Floyd Mayweather Jr continues to remain in the public eye with these various exhibitions against seeming all-comers. Yes, he makes a whack of cash for himself,  but in all fairness, a ton of money is also generated for various charities.  More importantly to Floyd, he continues to do what he likes best – entertain fans. He’s not fighting a kangaroo, he’s fighting Logan Paul, a man who does indeed box and who can think for himself.

Also, keep in mind that these are exhibition bouts. It’s a chance for fans to see the remarkable skills of the incomparable Floyd Mayweather Jr, on display to at least some extent, but without the worry of someone getting hurt. I’m not so sure that Logan would have been so anxious to sign on the dotted line if this was to be an actual fight.

In the end, I think we all need to sit back and relax a little over Floyd Mayweather Jr’s upcoming exhibition tilt with Paul. Is it a bit of a sideshow? Yeah, maybe. Is it going to hurt boxing? Far less so than countless boxing organizations, a hundred divisions with multiple “champions ” per division. Will it be entertaining?

Judging by the early PPV buys, lots of people seem to think so. There’s no harm in any of this folks. It’s just entertainment. Besides, Floyd’s more than earned the right to do this if he so chooses.

Now, where did I put my credit card? I’ve got a fight to order… 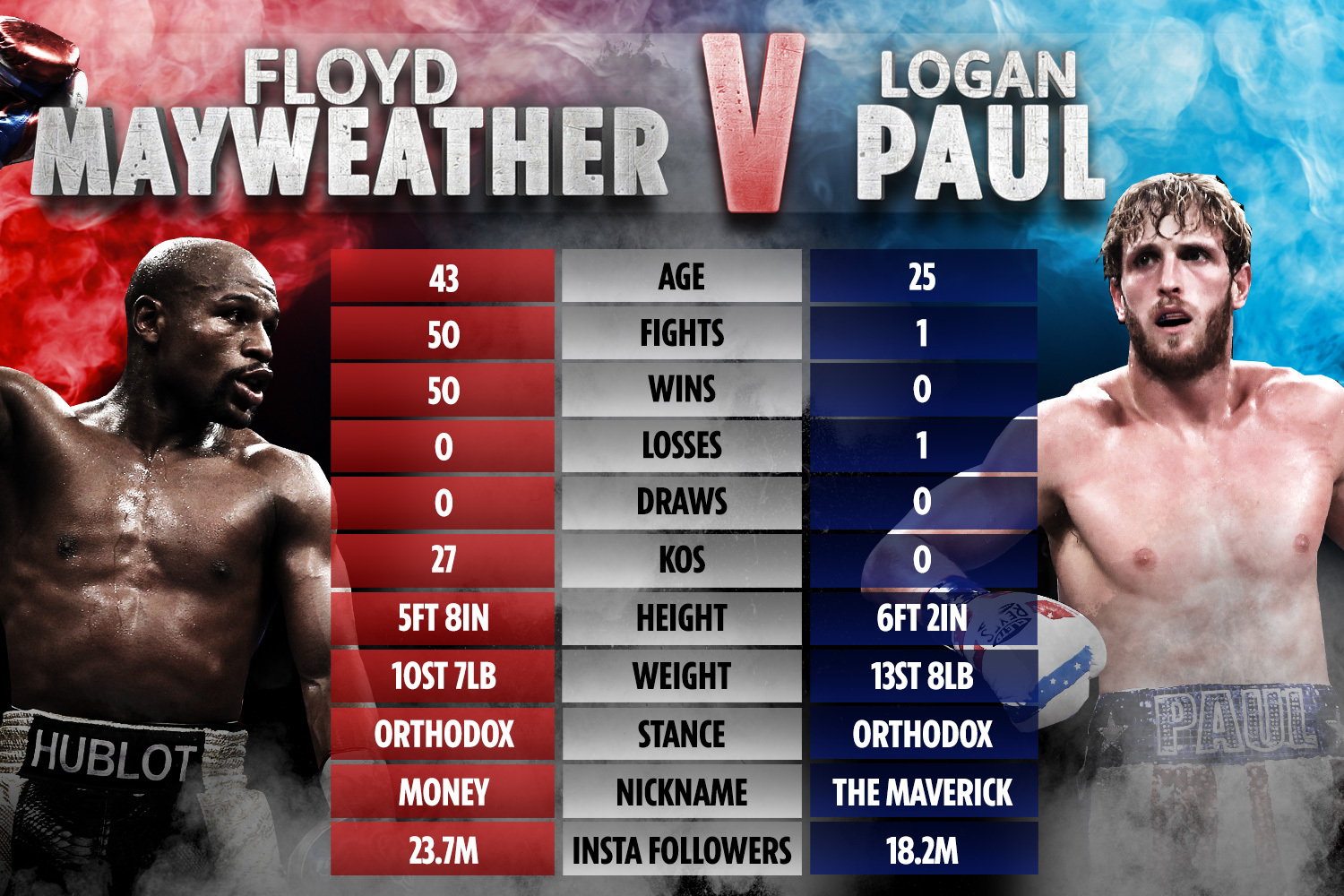