For the final week of the NFL season, teams are still battling for playoff positioning, players and coaches have one last week to impress their old team or possible new team, and fans are prepping for the potential euphoria or disappointment of their team. Out of the sixteen games being played this week, these are the games that are guaranteed to be the most investing and important games being played.

These division rivals are fighting for the AFC North Division Championship and a home playoff game in next week’s Wild Card Playoff Round. Potentially, they could play each other next week if Pittsburgh wins and the Indianapolis Colts win their game earlier in the day. A Bengals victory would see the Steelers take either the 5th or 6th Wild Card spot and either play against Cincinnati or the 3rd seeded in the AFC, either the Colts or the Denver Broncos.

Last time the teams met up, in week 14, Pittsburgh defeated Cincinnati in Cincinnati 42-21. With both teams coming off wins against tough AFC teams, Pittsburgh over the Kansas City Chiefs, and the Bengals beating the Broncos, I expect nothing more than a hard-hitting match between the two best teams in this season’s most competitive division.

Like the match up between the Steelers and Bengals, this game’s winner will win their division and a home playoff game. However, unlike with the Steelers and Bengals, the teams have a possibility to obtain the number 1 seed in the playoffs, which would see them get a first round bye, and home field advantage throughout the playoffs. If the St. Louis Rams are able to upset the Seattle Seahawks on the road, the winner of this match up will become the top seed. Even if Seattle wins, then the winner will be the second seed, which sees at least one home playoff game (two if the 1st seed gets knocked out) and a first round bye.

If history tells us anything, then we can expect Green Bay to win this game. The last time the Lions won in Green Bay, Michael Jordan was celebrating his first championship, George Bush Sr was president, and shows like Seinfeld and the Simpsons had just begun less than two years prior. Brett Farve wasn’t even a Packer yet last time Detroit won in Green Bay. Unlike the Bengals and Steelers, I expect a high scoring game that’ll display the team’s high-powered passing offense at their best.

For San Diego, the game is simple: Win and you’re in the playoffs. In the case for Kansas City, no so much. They need to win, and has to have the Baltimore Ravens lose their game against the Cleveland Browns, as well as the Houston Texans to lose their game against the Jacksonville Jaguars to get in the postseason. They have to do that without their starting quarterback as well. Chiefs starter Alex Smith was declared out after revealing he has a lacerated spleen. Also, the Browns are using their 3rd string quarterback to face the vaunted Baltimore Ravens defense.

What makes this game so interesting is the fact this year at home, the team has lost only two games. Arrowhead Stadium in Kansas City is one of the loudest places to compete. This year, the fans set the world record by reaching 142.2 noise decibels against the New England Patriots. With playoff implications, as well as a division match up, I will be flipping to this game a couple of times.

The fact that there is a possible 10 win team missing the postseason, but a below .500 team hosting a playoff game is leaving a bad taste in my mouth, even if one of the teams playing are my local team. Last year, the Panthers we’re this young, talented team with the game’s premier defensive player in Luke Kuechly and the multi-versatile Cam Newton. The Panthers’ season this year has been shrouded with questionable front office decisions to fail to re-sign any of Cam’s top targets from the previous year, and the ongoing suspension of pro bowl linemen Greg Hardy.

On Atlanta’s side, in the two seasons following a NFC Championship Game lost, the team has gone a total of 10-21. Their 5th ranked passing offense is overshadowed by their league worst passing defense. Now with their seasons on the line, I expect high emotion game between the past two NFC South Division winners. And remember, whoever wins, the Eagles still lost.

I like to refer to the Bills as the “AFC Cardinals”: A team that is a quarterback away from seriously competing in the NFL Postseason. People began to seriously look at the defense of the Bills after they held the high-powered Packers offense to only 13 points and Broncos offense to 17 points. Though their postseason hopes are gone, there is a lot of hope for the Bills’ future. Especially seeing they are doing all of this without linebacker Kiko Alonso.

Despite already clinching the number 1 seed, New England has never rested their starters and I don’t expect them to rest them here. So what we will have is a match up between one of the game’s top offenses against one of the game top defenses. An appropriate way to end the NFL season. 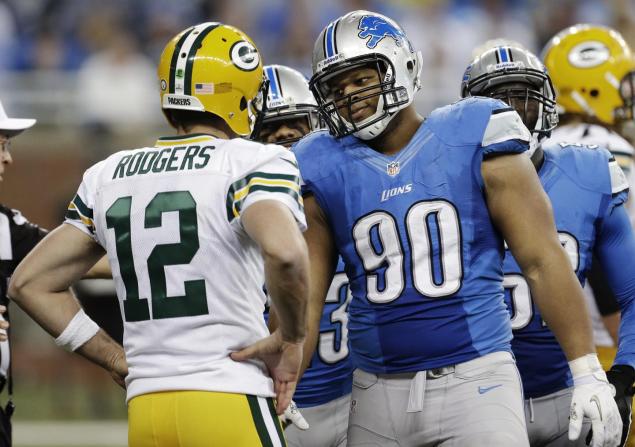