Look, I know. It’s not a thought that any of us want to entertain.

But the franchise quarterback of the Dallas Cowboys is heading into year 36 of his life, and year 10 as a starter in the National Football League. Now, this is typically a topic of discussion for any quarterback entering their next season at age 36, but it seems to be more of a prevailing topic for this current team.

Why? Well, there were very high expectations for this Dallas Cowboys team entering the 2015 season, particularly because of the surprising performance they had in 2014. Romo was at the helm of that year, and was arguably the reason for the season. Even with the rushing champion of the league in 2014 on the same team, Romo was highly touted as deserving of MVP.

Now let’s fast-forward a little bit. In week two of the 2015 season, Romo goes down. It is later determined that Romo has a broken left clavicle, and that he will be out for at least two months. This definitely put a damper on the Super Bowl hopes this team, and fans had for 2015. But not everyone lost all hope. After all, the division was relatively weak, and Romo was designated to return. I mean all you gotta do is win one or two games until Romo gets back…

Can’t be too much to ask, right?

Wrong! This team couldn’t find a way to win even one of the seven games without Romo under center. Now, don’t get me wrong. It wasn’t like these games weren’t competitive. In fact, only two of the seven games were the Cowboys not in. But there seemed to be a similar theme in each of almost all of these games. Dallas started off strong, but couldn’t hold on in the end. Something Romo strives at. It began to feel as though every game in Romo’s absence was a different week, but the same result. Then, Romo returned in week 11 at Miami, and so did the Dallas Cowboys team that we were all accustomed to seeing.

They were finally able to pull off a win; convincingly at that. Of course we all know about the horrible events that took place the following week in Jerry’s World on Thanksgiving.  This was the hardest game on the schedule, so not all hope would’ve been lost, had it not been for Romo going down yet again with a broken clavicle. Dallas was reluctant to put him on IR, clinging to the hope of a possible, yet very unlikely return in the playoffs.

After a very valiant fight, the Cowboys fell to the Jets in week 15, officially ending their season.

Although there was absolutely an accumulation of reasons the season turned out the way it did, there is no denying that this team needs Romo. Be it his playing ability, be it his leadership, be it his relationship with the team, be it all of these things.

But his window is closing. Romo having such an immense desire to win a championship right now implies his urgency to get it done before his career ends. And seeing what happened as a result of his injury has really brought the idea of life after Romo into full circle.

Knowing the respect Jerry Jones has for Romo, shown in the apprehensiveness in past years to make a young quarterback a high priority, and his desire as well to win a championship with Romo, it is fair to think that the decisions made this offseason will reflect the desire to build to make a run at it again next season, rather than building for the future. There are some options for backup quarterback next season, such as Kellen Moore, who showed some promise towards the end of the year when named the starter.

Jerry has also mentioned the openness to look into free agency for a young quarterback, such as Robert Griffin, Johnny Manziel, or Colin Kaepernick. The draft would be another option. Because of the disappointing season that 2015 was, the Cowboys have the 4th overall pick in the 2016 NFL Draft. There are many different directions that Dallas could go with the pick, but the quarterback position is definitely up there. Regardless of what Dallas goes with, it is most likely a reflection of making another run at it next year.

Life after Romo is a very scary thought, and with reason. It is most likely going to take time to get back to the caliber Dallas is with Romo under center. It also most likely won’t be pretty at first, if this season is any hint as to what we might see. Doubters of Romo will likely finally see how much he really means to this team, (if they somehow haven’t already). All anyone can hope is that the quarterback chosen to back up Romo next season will be Romo’s successor in the future.

So hang in there Cowboys Nation, because L.A.R. is coming soon, to a city near you. 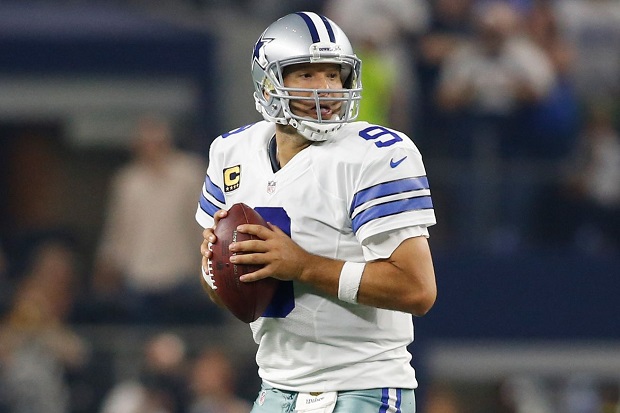