Max Verstappen took the chequered flag first to claim his 10th victory of the season and take his second victory at his home Grand Prix for the second year running.

A late safety car meant he was able to fend off the Mercedes, and with a poor strategy from the Mercs, it meant Red Bull had a clear path to get the victory and extend their championship lead and hope to win their first constructors since 2013.

Since the beginning of Formula 1, some of the greats have set records that have been claimed to be unbeatable, however, as the great Michael Schumacher said, records are there to be beaten.

So far this season we have had 15 races and Max Verstappen has won 10 of them. This season Max has completely dominated in the field and has really put on a show in order to defend his title and attempt to write himself into the history books of Formula 1 as one of the greats.

Michael Schumacher and Sebastian Vettel both have set a Formula 1 record of achieving 13 wins in a season. The majority of fans believed that this record would not be broken for a very long time, especially at the beginning of the season with the majority of people expecting a close championship battle between Leclerc at Ferrari and Max at Red Bull.

ALSO READ:  Piastri Signs for a Delighted McLaren in 2023

Well… with Max Verstappen already getting 10 wins this season and with 7 races remaining this season, Max will have to just win 4 of the 7 to break what everyone thought would be unthinkable, if Max is able to achieve this record it would be truly remarkable, especially seeing as how he broke the podium record last year, to then go on to break the win record the following year would be simply lovely from the Flying Dutchman

With close competition from Ferrari and with Mercedes now closing the gap, it will be an extreme challenge to complete and overcome. As we saw with Zandvoort, it was the first proper race this season where Mercedes had fully proposed themselves to be front-runners and really challenge and fight for the win.

For the forthcoming races, each team will have different cars that will be more suited to a circuit than another, with Max now actually starting to be challenged for race wins it means that achieving this record won’t just be a piece of cake and he will certainly have to fight for it.

Do you think Max Verstappen will achieve this record? Check out the latest odds at Canada Sports Betting and Let us know in the comments below! 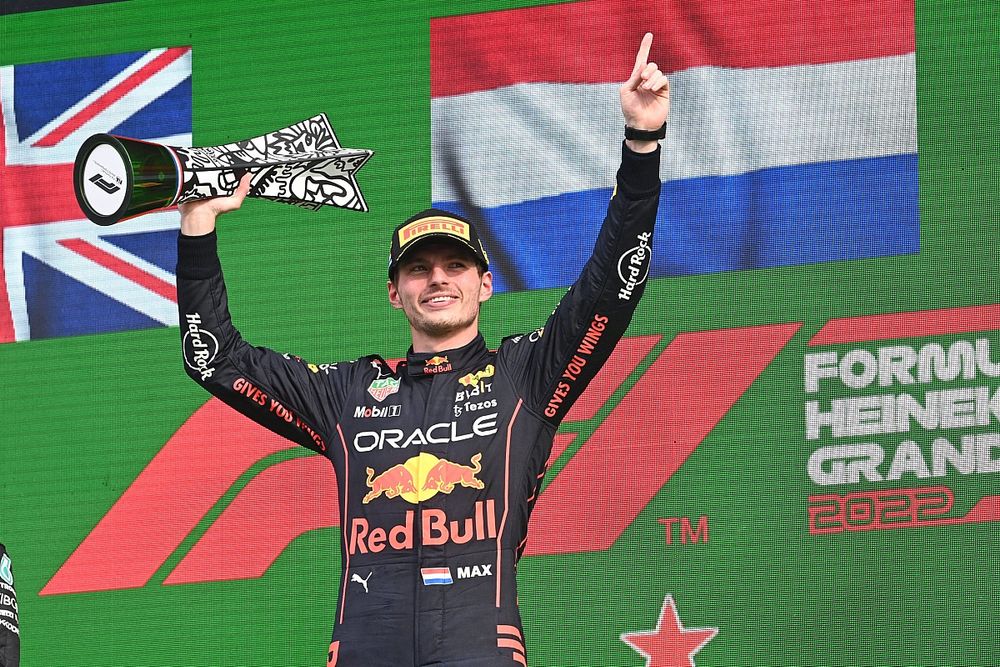