Min Woo Lee continued a successful run for Australian golfers on the European Tour with his win at the 2021 Scottish Open last week, producing his second victory on the tour.

It is the third consecutive year the tournament has been held at the Renaissance Club in North Berwick, Scotland. The course saw some changes for this year’s event, including an additional 31 yards added to the first hole, reconstructed bunkers on the par-3 sixth hole and a lengthened fifteenth hole.

Lee went into the final round on 11 under par, three shots behind third-round leaders Thomas Detry and Matthew Fitzpatrick. An amazing front nine from Lee, which included six straight birdies, saw him rocket up the leaderboard into first position on 17 under par.

The play was suspended for ninety minutes due to the threat of lightning as the leaders neared the end of their rounds. Detry stood over a short par putt, on 18 under par, and was halfway through his putting stroke when the hooter sounded to signal a stop in play. He was distracted by the sound and consequently missed his putt. He marked his ball and would have to tap in for bogey when play resumed.

Ian Poulter who carded a 63, the low round of the day, was sitting comfortably with the clubhouse lead on 17 under par alongside Ryan Palmer who shot a final round 64. Also on 17 under par were Lee and Fitzpatrick.

When play resumed Lee hit an impeccable tee shot down the middle of the sixteenth fairway and followed it up with a nice iron into the collection area at the front right of the green. He proceeded to hit a delicate chip landing on the front part of the green, allowing it to trickle down to within three feet of the hole and brushed in the putt for another birdie to move to 18 under par and sit atop the leaderboard with two holes to play.

Another brilliant tee shot down the eighteenth hole saw Lee well placed in the fairway. He hit his approach to seventeen feet and made a great attempt at birdie, his putt coming up agonisingly short of the hole. He would card a 7 under par 64 and finish at 18 under par.

Poulter who had tickets for the Euro 2020 final at Wembley Stadium on Sunday night hopped on his private jet as soon as Lee entered the clubhouse one shot in front of him. Poulter made it in time to see the penalty shootout between England and Italy.

Detry and Fitzpatrick both holed solid par putts on the last hole to join Lee in a playoff. After waiting about an hour and a half by the fireplace for both players to finish their rounds Lee made a fantastic birdie to close out proceedings on the first playoff hole.

Fitzpatrick, like Poulter, made a quick getaway to the football. However, despite arriving with ten minutes of extra time left to play, he was denied entry.

With his win, Lee became the eleventh Australian to join the field at this week’s Open Championship.

His game looks extremely good and he should be a contender at Royal St George’s. He tees off tomorrow at 7:30am BST alongside Englishman Sam Horsfield and South African Christiaan Bezuidenhout. 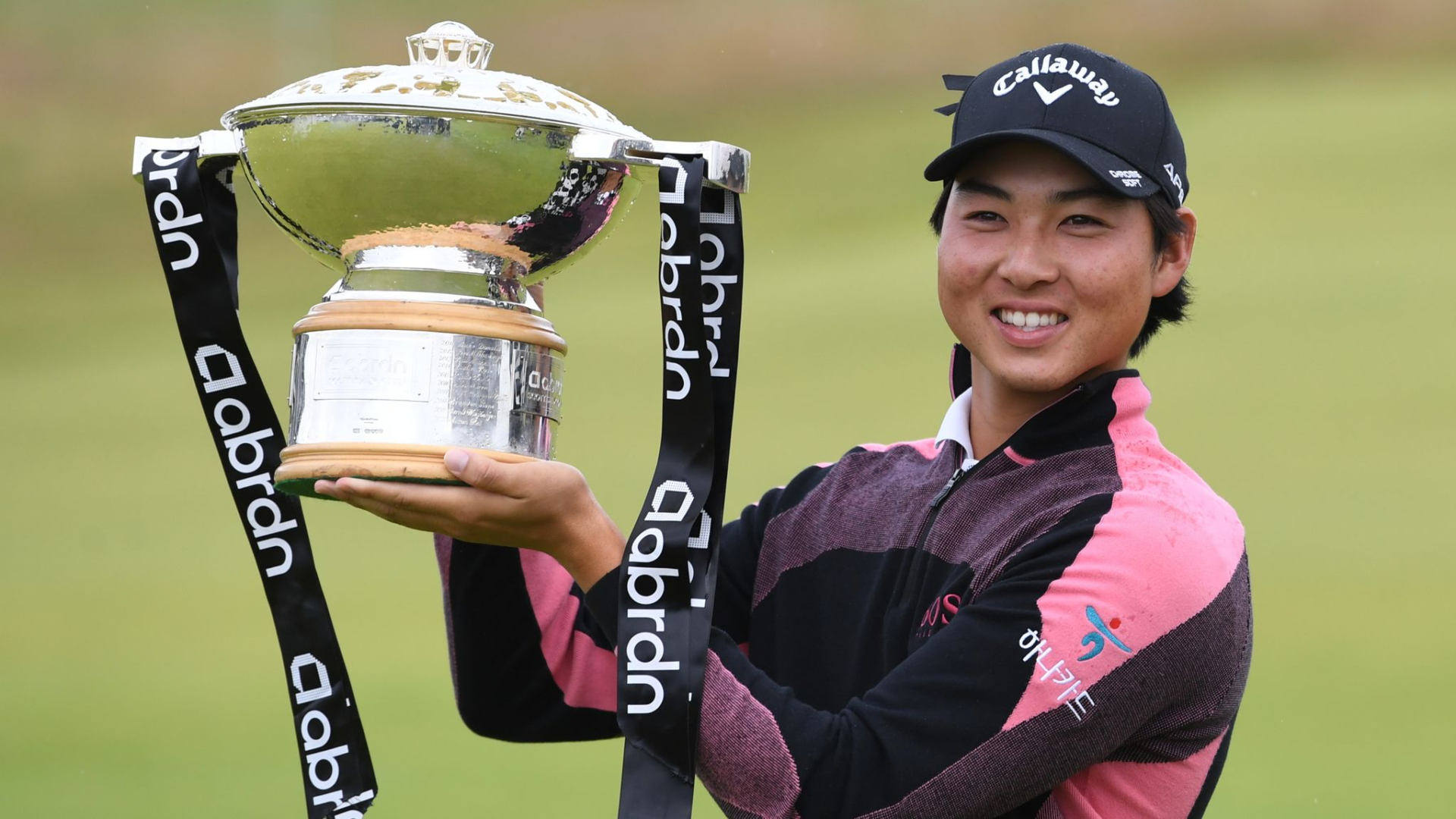