During his remarks at media day, Griffin said Williamson injured the foot early in the offseason prior to summer league and underwent surgery shortly thereafter to repair a fractured fifth metatarsal in his right foot.

“He had a fractured right foot that was repaired surgically,” Griffin said. “His timeline should get him back on the court in time for the regular season. That would be our hope and our view. And we’re very optimistic about what that looks like.”

Griffin said he, general manager Trajan Langdon and vice president of player care and performance Aaron Nelson met with Williamson and his parents to establish a timeline for return to play.

“He was working out on his own on the court, and frankly was doing an unbelievable job; it’s crazy sometimes what happens when you look your best,” Griffin said. “But he was doing that prior to summer league and suffered the injury on the court while playing.”

Because of the injury, Griffin said Williamson was not with the team in Nashville during the past two weeks of informal workouts. He said head strength and conditioning coach Stan Williams has been with him throughout the process. Also, Griffin added that Williamson’s rehab has been “in lockstep” with the organization.

While Griffin didn’t think it was “terribly likely” that Williamson plays during the preseason, he expects Williamson to ramp up during that time period so he can be ready for the regular season.

Williamson echoed Griffin’s optimistic assessment, saying he expects to be back for the first regular-season game.

Coach Willie Green said Williamson is “doing a lot of pool workouts and treadmill work in the pool” as part of his rehab from the fractured foot, and said exactly what more he will be able to do during training camp is a progression.

“He will get on the floor at some point,” Green said. “But it’s progression. I don’t want to throw something out there and you guys hold me to it. The timeline is that we’re hopeful he can start the season. Until then, it’s just a progression with him and the medical team.”

Williamson was limited to 24 games during his rookie season in 2019-20 due to the pandemic and didn’t make his debut until January because of a knee injury that kept him out 13 weeks. Last season, Williamson’s 2020-21 season ended early because of a thumb injury as well.

Despite that, Williamson has averaged 25.7 points on 60.4% shooting in his first two seasons.

Williamson was the number one pick in the 2019 NBA draft and has been an integral part of the Pelicans. There were many hopes that alongside the likes of Brandon Ingram and Lonzo Ball the Pelicans could possibly make a playoff run. However, New Orleans has failed to reach the playoffs in either of Zion’s first two seasons and now that Lonzo Ball has left to join the Chicago Bulls, it looks as though Williamson may continue to wait for his first playoff game. 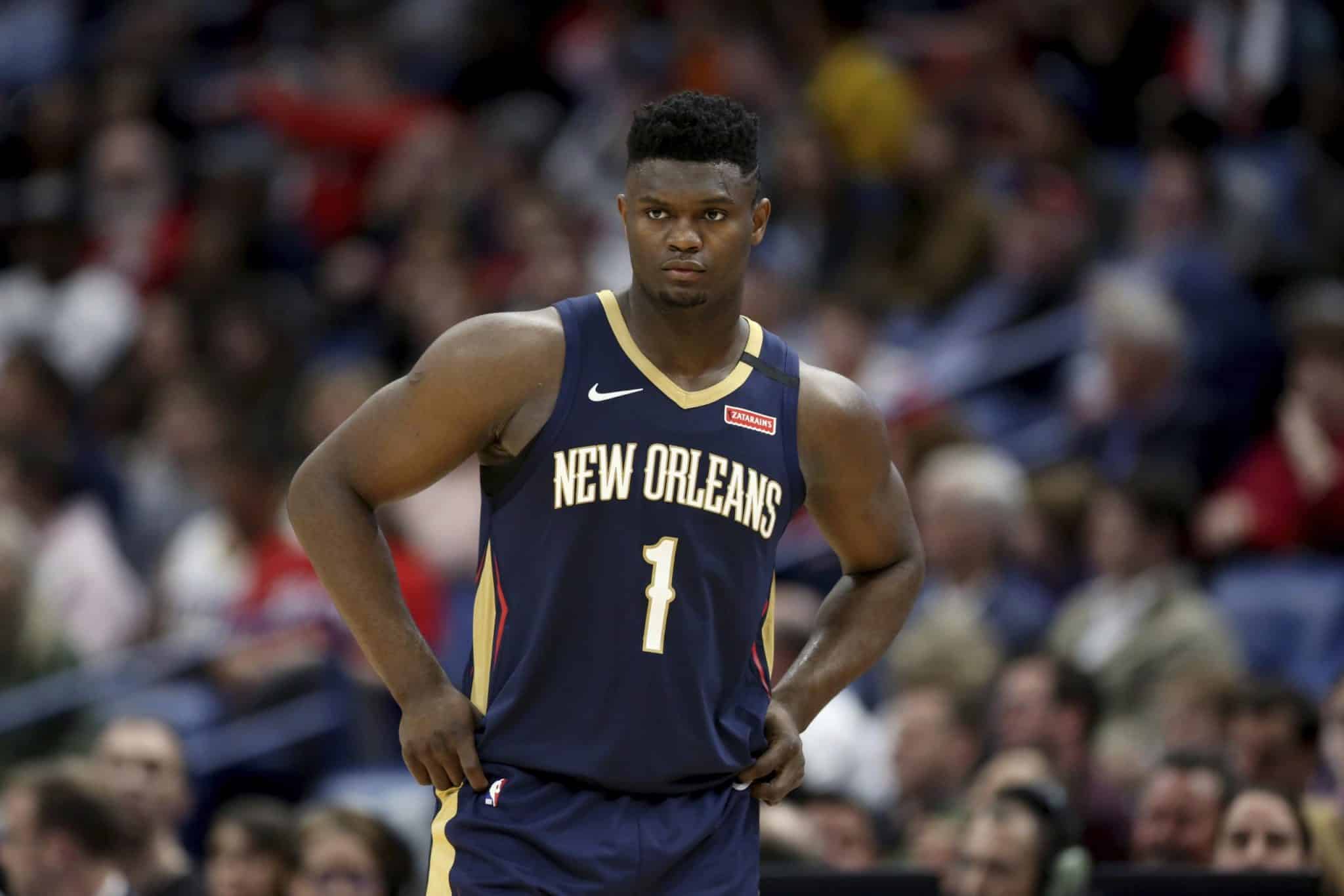