Both teams started the season with new coaches. At Real Madrid side Carlo Ancelotti came back for second management after leaving Everton. Barcelona decided to keep Koeman after being 3rd in La Liga and winning “La Copa del Rey” against Athletic Club.

This is the first Clásico without Messi in the last 15 years. Messi’s leave generated a hole at Barcelona attack that is been trying to be occupied by Memphis Depay and Kun Aguero.

This Clásico shows young stars to the world as Ansu Fati comes back from an injury of almost a year. Another future star is Pablo Gavi. Gavi made the FCB debut on August 29 against Getafe in La Liga, since then Gavi has been one of the keys of Barcelona midfield.

Gavi played his first match with the Spanish national team as a starter against Italy in the Nations League, he would also start at the final against France. Another player who hasn’t played a Clásico is Antonio Blanco, the Spanish midfielder who played his first La Liga match against Cadiz on April 18.

The Clásico started Sunday at 16:15 local time with more than 85,000 spectators at Camp Nou. Barcelona started the match with a lot of high pressure forcing Madrid to throw the ball. Barcelona had some good opportunities to score before Madrid’s first chances. Vinicius became a nightmare to Mingueza and the play ended up with the Brazilian on the floor after the foul of Mingueza.

In the 32nd minute, Alaba stole the ball from Depay, passing to Vinicius who started running as the attack started. After a side change by Vinicius to Rodrygo and some movement by Benzema, the ball ended up near the box where Alaba hits a powerful shot next to the post where Marc-Andre Ter Stegen can’t get.

At the start of the second half, Coutinho came in for Mingueza. Barcelona started the second half as the first, attacking Madrid ball movement trying to get the ball as close to Courtois goal. With no goals at the 72nd-minute mark Valverde came in for Rodrygo, the next minute Kun Aguero would come in for Ansu Fati.

After one of the worst matches of Frenkie de Jong, he was changed for Sergi Roberto on 77 minutes. Barcelona desperately for a goal was playing through the sides trying to get Aguero to score. Gavi would be substituted for Luuk de Jong on 85 minutes with Marco Asensio would come in for Vinicius a couple of minutes later.

After a fall from Fede Valverde, he would end up being changed for Dani Carvajal. In the 93rd minute, an amazing counter-attack by Madrid would end up with Lucas Vázquez scoring after Ter Stegen save to a shot from Asensio. At the end of the match, Kun Aguero would score to try tie the game but there was no time left.

After el Clásico, Madrid puts themselves to the top spot of the league with 20 points and a game less than some of the teams. Barcelona also with a game to play remains with 15 points in 9th. Barcelona plays this Wednesday against Rayo Vallecano who is 7th at the league table and next weekend against Alavés on Saturday at the Camp Nou.

Madrid expects Osasuna who is currently 5th in the league at The Bernabeu also Wednesday. The weekend they are flying to Elche to play against on Saturday. After these two matches, they are both playing Champions League during the week. 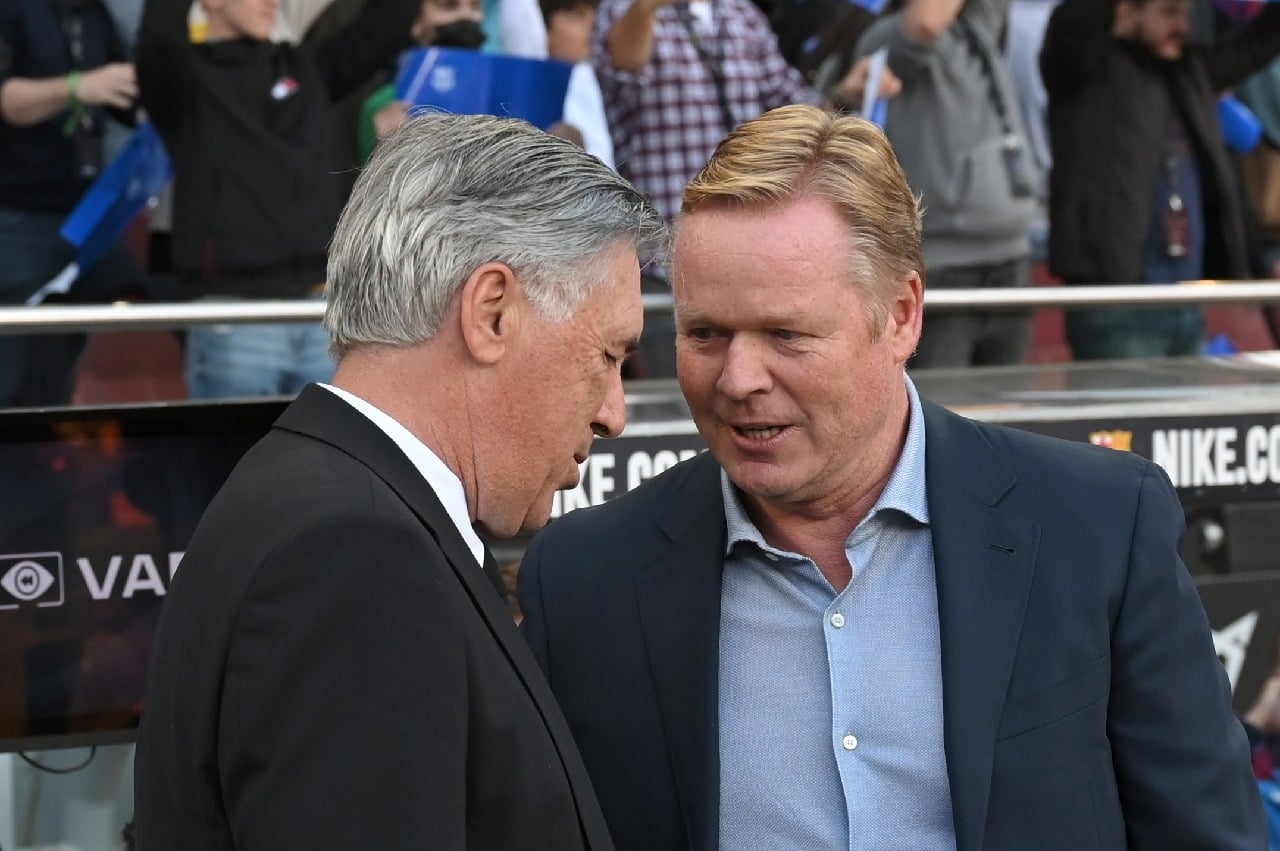