Alex Smith threw for almost 300 yards and the defense swarmed Big Ben as Washington handed the Steelers their first loss of the season. This win also put Washington into a first-place tie with the Giants in the NFC East. Even with the loss, Pittsburgh remains in complete control of the AFC North, however, they fall into a tie with the Kansas City Chiefs for the first seed in the AFC.

Washington’s ground game failed to contribute to this victory, as a star, rookie running back, Antonio Gibson, exited early in the first with a severe case of turf toe. His status is in serious question for the team’s next game.

Washington’s running backs were not completely irrelevant, however, as J.D. McKissic enjoyed much success in the passing game. McKissic hauled in ten receptions for 70 yards. Logan Thomas also had a big day receiving for the Football Ball, as he caught nine passes for 98 yards and a touchdown.

The Washington defense was the true heroes of the game. The Steelers’ line was under constant pressure, despite the fact that they did not give up a sack. Washington’s rush did force Pittsburgh into twenty incomplete passes, batted down eight passes and registered five tackles for a loss. The defensive line was especially strong as Daron Payne, Chase Young and Montez Sweat never halted their pursuit.

Sweat came up the most clutch of the unit. With two minutes left in the game, the Steelers got the ball back after Washington took a 20-17 lead. On the first play from scrimmage, Big Ben dropped back to pass and was under immediate pressure from Young and Sweat. He threw the pass which was batted by Sweat and intercepted by Jon Bostic to all but ensure the win.

Washington added on a late field goal to defeat the Steelers, 23-17, handing them their first loss of the season!

Josh Allen came out slinging and lit up the 49ers to the tune of 375 yards and four touchdowns. This allowed the Bills to stay in first place in the AFC East and did some serious damage to San Fran’s playoffs hopes. The most important factor of this game, however, is that Buffalo proved their offense could get the job done versus a strong defense.

Allen’s two favorite receivers both had themselves huge nights. Stefon Diggs caught ten passes for 92 yards and Cole Beasley had a monster game with nine receptions for 130 yards and a touchdown. Allen also threw touchdowns to Gabriel Davis, Isaiah McKenzie and Dawson Knox.

Buffalo’s rushing attack did not put up the greatest numbers, but Devin Singletary still had himself a decent game with 83 all purpose yards.

The Bills’ defense also contributed to the team’s victory, coming up with two key interceptions in the second half as the offense expanded on their lead. Micah Hyde’s came right after Buffalo extended their lead to two scores, allowing them to go up by three scores. However, Tre’Davious White’s was even more back-breaking.

San Fran thought they had just cut the Buffalo lead to 34-24 at the start of the fourth quarter when an official replay showed that they missed the touchdown by inches. A false start on the next play set the 49ers up with a third and goal from the five, down 34-17. White then turned his incredible coverage, into an even more amazing interception as he wrestled the ball right out of Jeff Wilson’s hands on the goal line. From that point forward, San Francisco never really got back into the game.

Gus Edwards, Lamar Jackson, JK Dobbins and Mark Ingram combine for 294 rushing yards as the Ravens ran all over the Cowboys. This dominant performance gets Baltimore to within one game of a playoff spot while sending the Cowboys into the depths of irrelevance. Dallas was in the game until halftime, but special teams inefficiency and an inability to stop the run buried them in the second half.

In addition to his 94 yards rushing and score on the ground, Jackson also gained 107 yards through the air and threw for another two scores. His favorite target was Marquise Brown, as Hollywood snagged five balls for 39 yards and one of the two scores. Miles Boykin had the other.

Edwards paced all Ravens backs with 101 yards on the ground. Dobbins added 71 and a touchdown to their total, with Ingram tacking on 28. This brilliant rushing performance showed glimpses of the Baltimore team that averaged over 200 rushing yards a game last season, clinching the top record in the AFC. Ravens’ fan is surely hoping that this is a return to the magic of last season.

The Baltimore defense made a few plays when it had to, but was not quite as dominant as it has been this season. The truth is, the Cowboys did a lot of damage to themselves, with some help from the referees. This included three missed field goals from Greg the Leg.

The Ravens were able to take advantage of bad breaks and their own good play in the latter part of the second quarter. A Patrick Queen interception deep in Cowboy territory set them up with a quick strike to Boykins for a score. This gave Baltimore a 14-10 lead, one they would not relinquish for the rest of the game. At the time, however, it looked like Dallas going to come right back.

The next Cowboy series, they drove the ball twelve plays for 58 yards, taking over six minutes off the clock. The 40-yard field was missed, however, foreshadowing the events which ultimately lead to their second-half demise. The Ravens then drove for a field goal of their own, giving Dallas a minute to tie things up before the half.

The Boys quickly took the ball to midfield and watched it fall apart from there. A really bad pass interference penalty was not called, despite it happening right in front of the official. If called, it may have very well led to a Dallas score. That doesn’t matter as much in the big picture, though, as a surefire touchdown was dropped on the very next play, the final play of the half.

The Ravens cruised onto a 34-17 victory over the Cowboys from there. 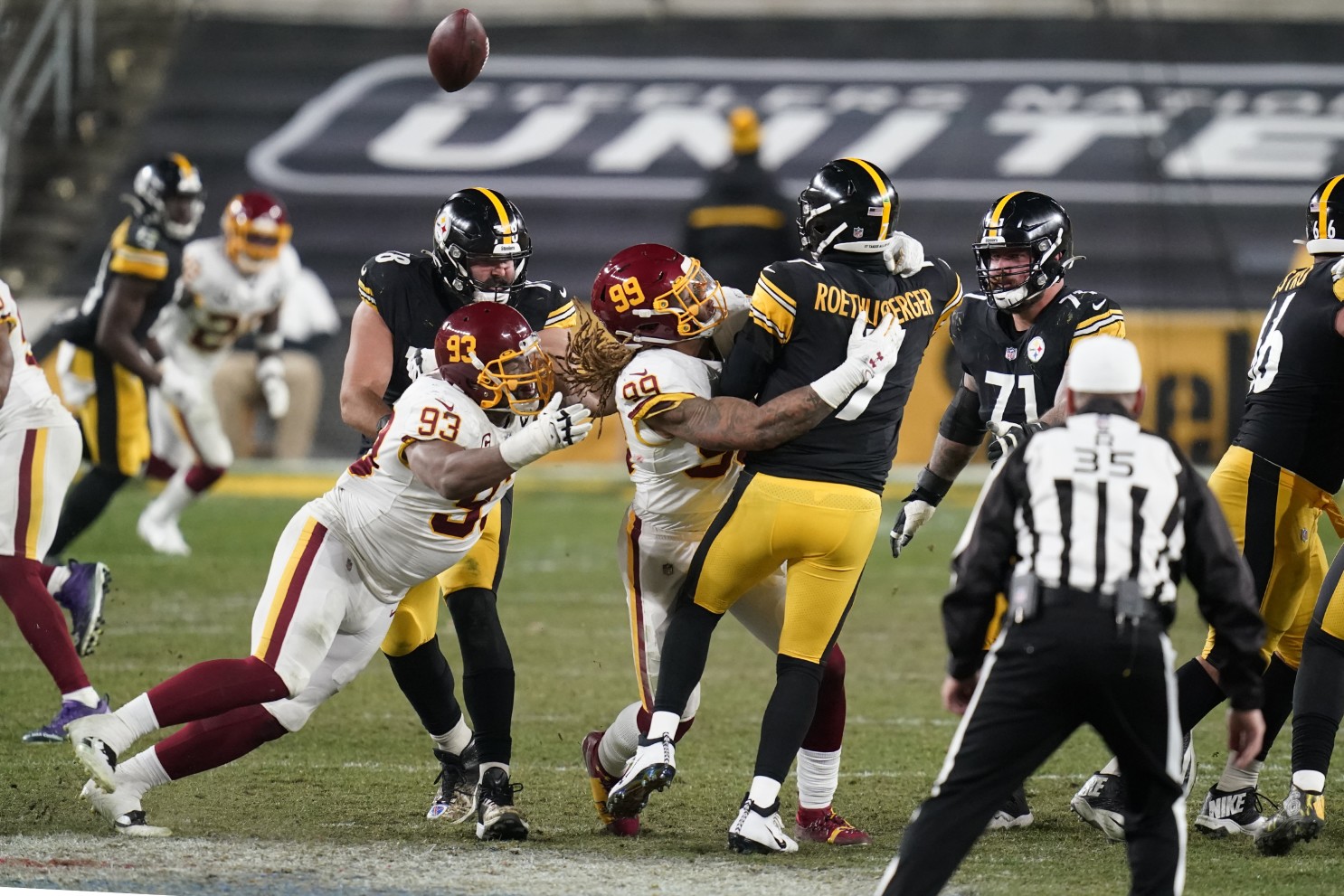