Week three was a wild week of football with a plethora of different storylines. There were close, down-to-the-wire games. Unexpected blowouts that almost no one saw coming. And the subject of this article, is a good bit of upsets.

If you bet on the teams that were favored in these games, I’m so sorry.

Going into this game, even though they shared records and the Dolphins were the one hosting Josh Allen and the Bills, Buffalo were 4.5-point favorites heading into Miami, as many experts and fans alike expected Allen to put up another MVP-caliber performance and secure the dub.

While Allen did play well, throwing for 400 yards and two TDs on 67% completion, the Dolphins (especially the defense) stepped up and made plays when needed, securing a two-point victory. The game ended in a wild fashion as well, as, with less than 20 seconds left, the Bills were driving into field goal range. It looked like the game was going to end with a sack, but Josh Allen managed to dump it off short to receiver Isaiah McKenzie.

As if Allen’s incredible escape from the pressure wasn’t crazy enough, the Bills’ wide receiver made a questionable decision in the heat of the moment, attempting to advance for more yards instead of running directly out of bounds like he should’ve, given they didn’t have any timeouts. This resulted in McKenzie being tackled inbounds and the clock hitting triple zeroes before Allen could spike it.

While Miami shared the same record as their division rivals, the Bills had outscored opponents 72-17 heading into this game, blowing both of their opponents out of the water if that point differential wasn’t enough indication.

Miami is now 3-0 and it appears they might be this year’s Bengals. They didn’t finish last in the division in 2021, but I don’t think anyone expected them to be top of the AFC East. It might be only week three, but Miami has rattled off impressive wins against good competition. A 21-point comeback against what will most likely be a playoff team in the Ravens and now holding the high-powered offense of a potential Super Bowl contender to just 19 points.

After only managing to come up with a tie against the Houston Texans and getting manhandled in a 24-0 loss to the Jaguars the very next week, it was no wonder the Colts were 5-point underdogs in this matchup.

However, Patrick Mahomes and the Chiefs were never able to pull away from a team they should’ve beat handily, only holding a four-point lead heading into halftime. Things didn’t get better after half either, as the Chiefs would go on to only score a field goal while the Colts squeezed a 3-point victory.

A big reason for this upset was the Colts’ defense, who completely shut down KC’s rushing attack and held Mahomes to subpar (well, by Mahomes’ standards anyways) numbers, throwing just one touchdown and barely completing over 50% of his passes on the day. Though, their best moment came in the final seconds of the game, as the Colts’ defense would force an interception just as the Chiefs were about to get into field goal range and get a chance to tie the game up.

Another reason was some questionable play call on head coach Andy Reid’s end, most notably the decision to call a fake field goal on a 4th-and-10 up four points, which fans on Twitter promptly criticized and took jabs at.

We thought he stopped doing so, but he relapsed again.

Ignoring the point spread, this was easily the biggest upset of the week. Colts looked as if they were going to be bottom-feeders this year after an embarrassing shutout at the hands of the Jaguars, however, played solidly for four quarters and squeaked out a win at home against one of the few legitimate title contenders.

Speaking of the Jaguars…

Hey, this Trevor Lawrence kid might be good at this football thing. 250+ yards and 3 TDs is a pretty good sign.

Seeing Lawrence play like an NFL quarterback for two weeks straight has to feel good for Jaguars fans. It was one thing to dominate the Colts through the air and slap them around in a 24-point beatdown, but the Chargers are also pretty good at this football thing. Don’t let their record fool you, there’s a reason they were 6.5-point favorites heading into this game.

Not that it mattered to Lawrence and Co., but this game was never in the Chargers’ hands at any point in the contest, as they were down by 21 by the time the third quarter came to a close. Herbert struggled for the majority of the game, and there was no rush offense to speak of. L.A. had just 26 rushing yards by the end of the game. Yikes.

This wasn’t just an upset, this was a rare blowout-upset. Even if you expected Jacksonville to take this one, I doubt you expected them to take it in this fashion. I thought it was going to be the other way around, and, clearly, I was wrong.

The Chargers are now 1-2 in what might very well be the toughest division in the NFL, while the Jaguars have taken the lead in the AFC South. What a timeline we live in. 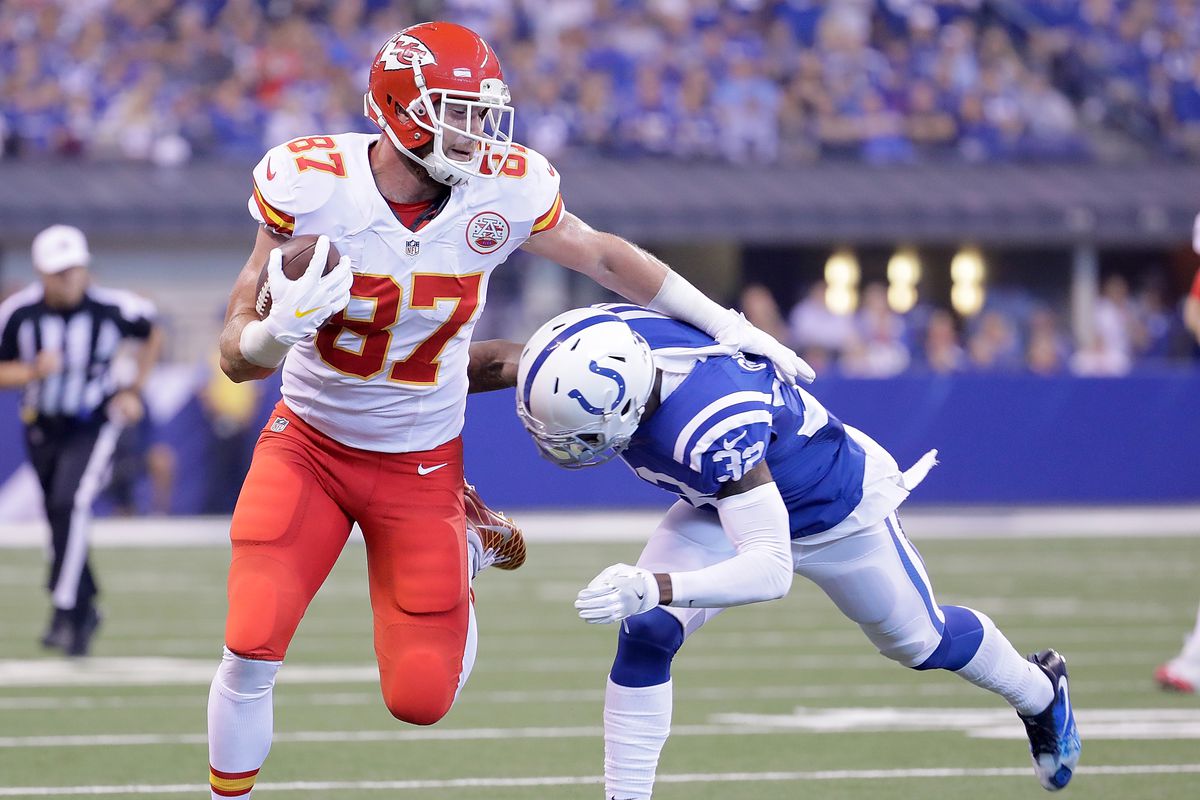