Emma Raducannu, after a dominant first set, came out on top as she defeated American Salone Stephens 6-0,2-6, 6-1 in the opening round of the Australian Open.

The British Number One’s preparation for this Grand Slam did not have the best of starts, as she comprehensively was beaten in the first round of the Sydney International by Elena Raybkina from Kazakstan. She then was out of the game for three weeks due to COVID, before returning to full training with Torben Bletz, her new coach, just before the tournament began.

But it did not seem to affect her confidence, as she romped through the opening set 6-0

It was at the stage that many people thought that this could be over fairly quickly, but then the American picked up her game in the second set, while Raducanu began to crumble a little as a few unforced errors crept into her game.

And then from 2-2, Stephens won the next four games to take the match into a decider.

This was going to be a tricky examination for the Brit, as not only was she out of the game for a short period, but she had not faced a deciding set throughout her run in Wimbledon or the US Open triumph.

Stephens had also shown that in the past, she was considered a dangerous opponent in big matches, as she had already beaten the likes of Petra Kvitova, Madison Keys, Coco Gauff, and Karolina Pliskova in last season’s Grand Slams. She was in fact US Open champion in 2017, where she beat fellow American, Maddison Keys in the final.

But the Brit responded emphatically, by racing to a 4-0 lead in the decider, before taking it by six games to one.

During the Post-match interview, Raducanu praised the lively Melbourne crowd after her victory.

“I just want to thank everyone for coming out and staying so late,” She said.

“Both me and Sloane really put everything out there. I thought it was a really high-quality match with lots of great rallies so I’m really happy to have come through against such a great champion.’

“It was a tough match-up for a first round. Her athleticism is really up there. I was having to work extremely hard for my points but I’m so happy to have got through. I was very pleased.

“Coming out for the first set, I thought I played some very good tennis. Of course, there was going to be some adversity.

“I’m happy to have regrouped. In the third, I don’t think the score really reflected it. I was really feeling it.”

The British number one will now play 98th seed Danka Kovinic, from Montenegro, in the second round on Thursday.

Meanwhile, former British number one Andy Murray got his Australian Open campaign off to a winning start, via a five-setter against Nikoloz Basilashvili, Murray took the match 6-1 3-6 6-4 6-7 (5-7) 6-4. The 34-year old will play Japanese Taro Daniel in the second round. However, Liam Broady lost in straight sets to Nick Kyrgios. Heather Watson also came through a tight three-setter, 6-3,5-7,6-2, to beat Egyptian Mayar Sherif, while Harriet Dart lost 6-3 6-0 to Iga Swiatek  Dan Evans also beat Belgian David Goffin 6-3, 6-4, 6-0.

It may only be the first round, but are we seeing signs of a potential two great weeks for British Tennis?

Catch up with the latest news and gossip from World in Sport. 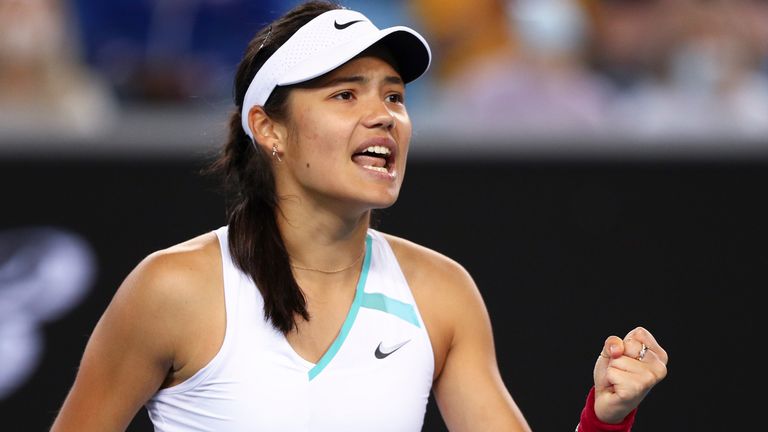