The season people were expecting from the 5- time Ballon d’Or winner for Juventus has been everything but usual.

After failing to score in his first three games and finally breaking that drought with 2 goals last week. You would assume things were going to start heading in the right direction for Ronaldo. The Champions League, which was one of the main reasons the Italian Serie A champions decided to sign the superstar was supposed to be the showcase for CR7.

In his first game back in Spain since his departure from Real Madrid. Ronaldo got tangled with Valencia’s Murillo, and after the player fell Cristiano in frustration appeared to tug at the defender’s hair in the first half of Juventus‘ 2-0 win on Wednesday. Due to the red card given Ronaldo will now miss the game against Young Boys on Oct. 2. Juventus were awarded with two penalties which they converted on, even though they played much of the game with 10 men due to Ronaldo being sent off.

Will CR7 play at Old Trafford

The following game for Juventus is on Oct. 23rd at Old Trafford, where Ronaldo played for six years. He won his first of his five Champions League titles while with Man United in 2008.

UEFA says its disciplinary panel will judge the case of Ronaldo’s first Champions League red card on Sept. 27 to determine if he will miss more than the one game. 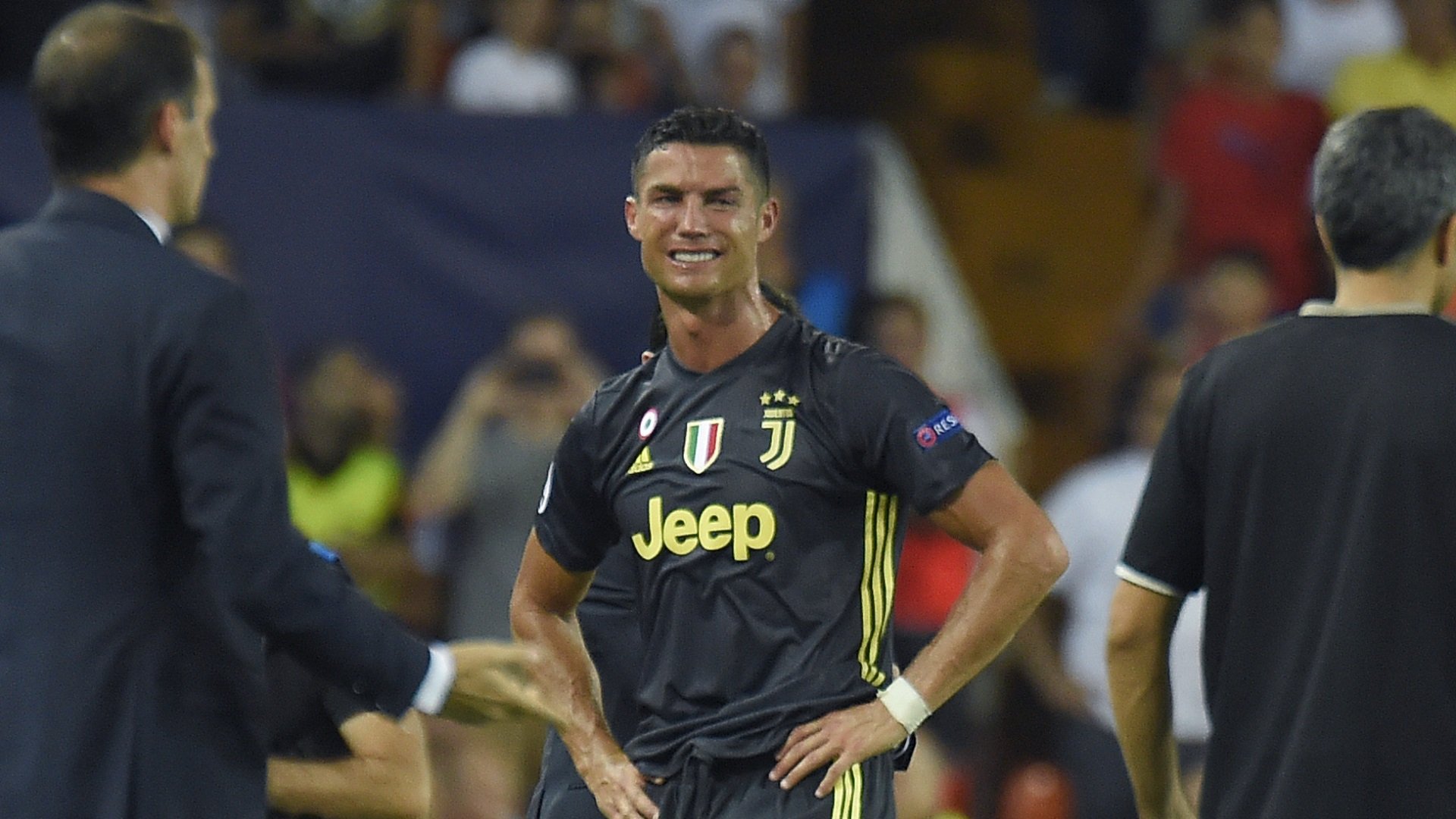