Brad Keselowski led 75 laps to pick up the victory in the South Point 400, the first playoff race of 2018. The win was his third in a row,and books him an automatic spot in the next round of the playoffs.

“To start off the playoffs with the win, that’s really strong,” Keselowski told NBCSN after the race. “We nailed the pit stops and the restarts when it counted and that put us in position. Really, really proud of the team today.”

Twelve playoff drivers were involved in collisions, including Kevin Harvick and Erik Jones, two top contenders, who were both knocked out on the 147th lap,the problem steemed orignally from a blown tire by Harvick.Tires seemed to be an issue for many of the drivers yesterday.

“Well, there was something wrong from the time we put the tires on,” said Harvick. “It was like Russian roulette every time you put these piece of crap tires on and try to drive around the race track. One time it is tight, one time it is loose, one time they are blistered. We had a great car and then you put a set of tires on it and you can’t hardly make it through the field. I just hate it for everyone on our Mobil 1 Ford.”

Chase Elliott finished 36th after an accident where he was collected by Jamie McMurray.

Ford finished with five of their drivers in the top 10,including Paul Menard and Aric Amirola,finishing tenth and sixth respectively.

On the flip side, Gibbs Toyota has put themselves in an early hole,having two of their three Playoff drivers in Eric Jones and Denny Hamlin trailing in 15th and 16th spot in playoff seeding.Theyll both most likely need to win themselves one of the next two races inorder to qualify for the next round.

Next week they head to the short track at Richmond for the second round of the Chase,that will be a Saturday night race. 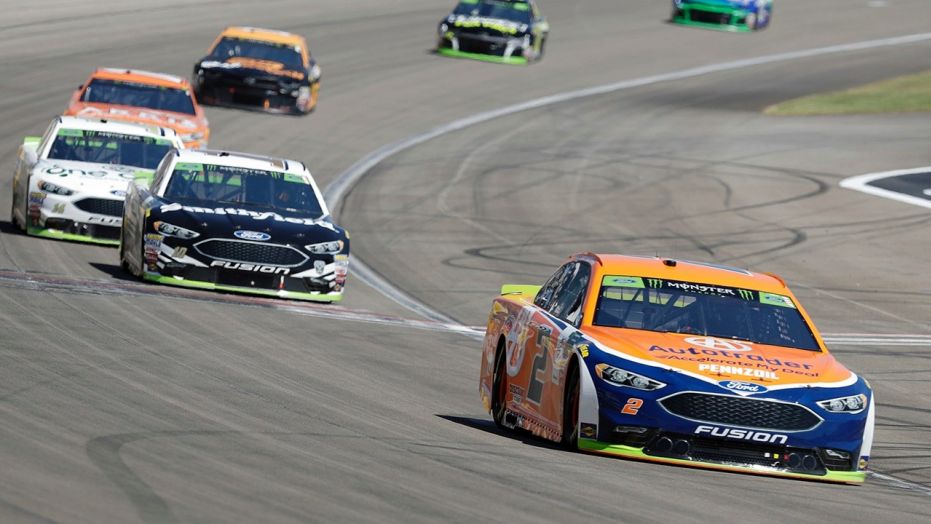