The Brazilian Grand Prix sure didn’t disappoint this year as always, we were treated to a race filled with drama, crashes, safety cars, and plenty of team orders.

George Russell crossed the line to give Mercedes their first win this season and allow them to continue their season-winning streak, his fellow Brit, Lewis Hamilton, shortly crossed the line after him to secure a 1-2 for the team taking maximum points home.

A superb show for the Brazilian fans as they adore Lewis Hamiton and Mercedes as a team, for their best result of the season to come here, it only seems fitting!

George Russell did in fact live up to his name on Saturday but this race week he did manage to change it to Sunday!

Russell had a fantastic performance this week and practically dominated the race out in the front alone, the closest anyone came to him was Sergio Perez who was running in second for the majority of the race, and Lewis Hamilton who was behind him for the remainder 10 laps after the safety car restart.

Nevertheless, Russell managed to cross the line to take his maiden win, and also cross with the fastest lap to claim maximum points, he fended off Hamilton despite Lewis mainly catching him up in sector 1. Still, Russell regained his 1-second gap throughout sector 2, just managing to ease the gap just above the 1-second mark.

Daniel Ricciardo had another weekend to forget sadly, his early collision with the Pole Sitter, Kevin Magnussen, saw him barrel towards the barrier taking him out of the race, Magnussen also had wheel damage taking him out as well.

Daniel had attempted to make a dive down the inside of Turn 7, unfortunately slightly clipping Magnussen sending him into a spin, the Dane then rebounded into him causing the DNF.

Stewards have said that they will be reviewing the incident after the race so Daniel could potentially be getting a grid penalty for his last race for the foreseeable future.

However, despite Abu Dhabi being his last race, he has recently this week during the Brazilian Grand Prix, been rumored to get the Red Bull reserve driver seat, which could maybe be his way in for 2023 and beyond.

With Sergio Perez’s contract ending in 2024, this could maybe be Daniel’s chance if he decides to take a role in being a reserve driver. It worked for Albon, could it work for him?

Throughout the race, we saw multiple incidents of team radios discussing what drivers should be doing in order to ensure the best result for the team. One example of this in the race was with the Alpines, after their “fighting” during the sprint race, the team boss spoke to both drivers and made it clear that he wanted no further incidents between the two for the remainder of the season.

Before the saftey car restart, Ocons race engineer spoke to him saying “Estaban, I don’t want you fighting with Fernando, is that understood?”

Engineer-“That’s fine you can pass Vettel, I do not want you fighting Fernando…as long as that’s clear”

In the sprint race, they managed to collide twice both causing them to lose progression and start far down on the grid, this is why the race engineer was so insistent on Ocon allowing Fernando to go by as he had fresh tires on and could make key progression further in the field.

Another example we saw was towards the end of the race when Verstappen overtook Perez for 6th place, he too was instructed by his engineer at the end of the race to give Perez the position as it would help him be closer to achieving second in the Drivers Championship.

However, Max decided to not oblige with the orders and crossed the line for 6th place, Perez now is sitting on the same amount of points as Leclerc (290) which means they are now a joint second heading into the final race.

About not switching the position, Max said “I have already said before not to ask me that. Are we clear about that?” He continued saying “I have given my reasons, and I stand by it.”

Perez then commented on the radio saying “Yeah, this shows who he really is.” – Evidently Perez was surrounded by a mist of anger, demonstrating how much and determined he is to get P2 in the Drivers Championship, which would secure his highest finishing position ever.

He further commented saying “I’ve done a lot for him in the past, there’s no secret about it.”

“Obviously, I’m disappointed, especially after all I have done. But I’m sure we are all grown-ups, and we will move forward as a team.”

It is disappointing for Perez now seeing as to second he now has to finish ahead of Leclerc at Abu Dhabi in a week’s time. Hopefully, for his sake, he doesn’t lose out by a few points because he would most certainly allude to this situation and be disappointed that he didn’t get the position. 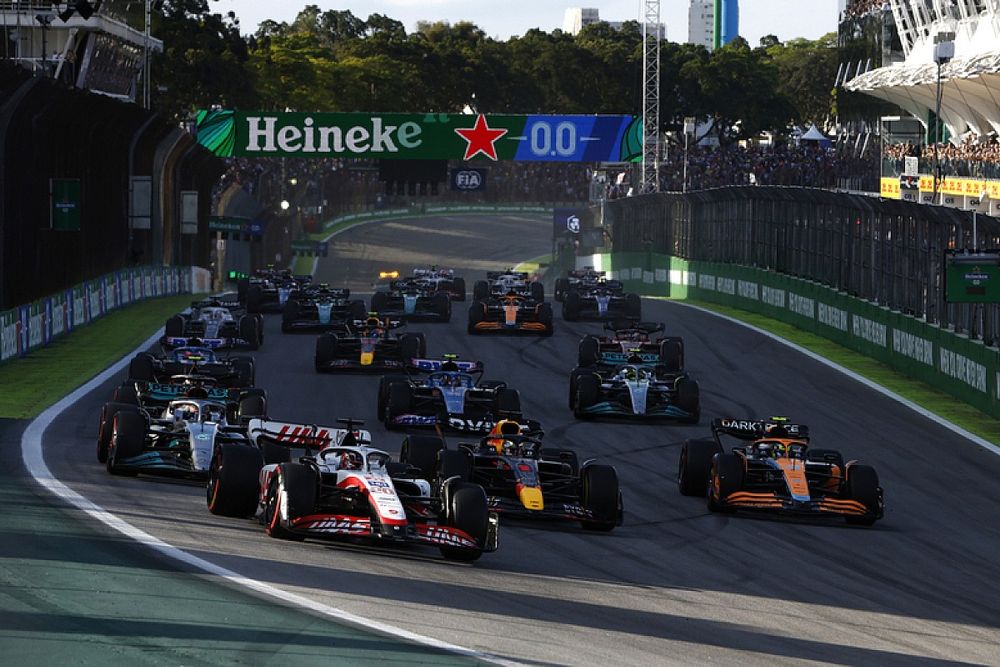