Scotland’s result yesterday was disappointing. When I saw Steve Clarke‘s starting 11 against the Czech Republic I thought it was too negative. We were playing at Hampden in our first major tournament in 23 years against an opposition who are ranked 40th and have beaten twice over the past two games.

We should have gone for it. The Czech Republic had the same game plan as us in terms of counter-attacking and made the most of their chances with two world-class goals. 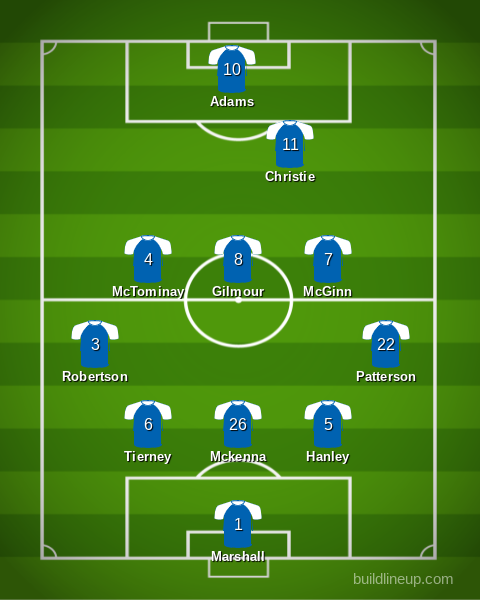 GK – Marshall – He made a costly mistake by being too far outside his box for Czech Republic’s 2nd goal but apart from that he was outstanding. He kept us in the game at times with his crucial saves. He will have realised that when you make mistakes like that at this level, you will get punished. It is a learning curve.

LWB – Robertson – Created six chances yesterday which is the most by a player in a single game so far at Euro 2021. He was simply outstanding, every attack went through him and he simply has to start on Friday. He is one of those players that would get into the England XI.

CB – Tierney – Should be fit for Friday. One of our best players in terms of both attacking and defending. He has the versatility which means he can over-lap Andy Robertson on the left flank when Scotland are on the attack. They work well together and he can help lead the defence with his experience.

Only 24 years old but has won multiple trophies with Celtic including the invincible treble and has been praised for his performances and leadership for Arsenal ever since he signed. I do hope he can shake off these injuries because he’s top class. He has to start.

CB – McKenna – Because we got beat by the Czech Republic, I think we need to be more solid at the back as this game has become even more important (if that is even possible). I like Jack Hendry, he has improved but he still has this vulnerability about him. He likes to play from the back which is risky.

He does remind me of John Stones who has also improved a lot. McKenna has had his fair share of criticism in the past. Rangers and Celtic weren’t convinced of him and then he signed for Nottingham Forest. He has been injured for some of his time in England but when called upon he has been more than reliable. I think this is his time to be called upon again because it seems that he plays better when he has got a point to prove.

CB – Hanley – He proved me wrong on Monday, I thought he was the second-best Scottish player on the park behind Robertson. He commanded his area and showed that he does have pace which I didn’t know he had! I’ve had my reservations about him in the past as I didn’t think he was good enough.

He seems to have matured and is a regular for newly promoted Premier League Norwich which must count for something. He must be doing something right. He deserves to start on Friday. I wonder if he’s finally matured as a Centre Back or he’s one of those players that turn into a completely different player because they are in a major tournament or maybe it is both!

RWB – Patterson –  Stephen O’Donnell is a decent player for Motherwell but I don’t think he is good enough for this level. The thought of him against Grealish or Sterling terrifies me. Patterson is the better option as he has more pace and because he was outstanding for Rangers at the end of last season he has a foundation for success. He is fearless and won’t be intimidated by the challenge he faces of facing England’s winger (Grealish or Sterling).

His inexperience might go against him as he made only 12 appearances (5 in the Europa League) last season but will have learned from senior professionals such as James Tavernier and Conor Goldson. These are players who were main starts in a Rangers team that went the whole of last season unbeaten in the Scottish Premier League.

I think he should start but I don’t think Steve Clarke will. I think he will start Stephen O’Donnell. The Rangers youngster also gives Scotland more unpredictability and balance as England will be targeting Robertson on Friday as everyone expects the majority of attacks to go through him.

CDM – McTominay – I think we need to start playing him in his proper position. We are losing something when he is playing in defence. He does generally okay in defence but as Darren Fletcher said before the game yesterday, he is a “box-to-box midfielder.” He is versatile and can play in almost every position but just let him play in CDM.  He will be crucial in protecting the back 3 if given the opportunity to do so. I don’t think this will happen as Clarke obviously sees him as a centre-back.

CM – Gilmour – He should have started on Monday. He offers Scotland a completely different dimension. He is always looking for that forward pass and plays wells in tight areas as he is difficult to press. He can definitely cause England’s midfield and defence problems. I don’t think he’ll be picked as Armstrong is more likely.

CDM – McGinn – The Aston Villa man is one of the most important players in this squad. He is the only player in the team with goals in double digits as well as being an important cog in midfield. He will be crucial on Friday in the midfield battle with Mount and Rice.

CAM – Christie – Couldn’t deal with the Czech’s physicality on Monday and has his fair share of criticism from fans in Scotland. This game on Friday is one that suits him well. He is a menace with his surging runs and is more than capable of scoring a screamer with his left foot. He will cause the England backline problems.

ST – Adams – 55.6% of his shots in the Premier League were on target last season which was only beaten by Dominic Calvert – Lewin. 9 goals and 5 assists in a struggling Southampton last season combined with the impact he had yesterday when he came on. He simply has to start, he brings energy and excitement to the team. 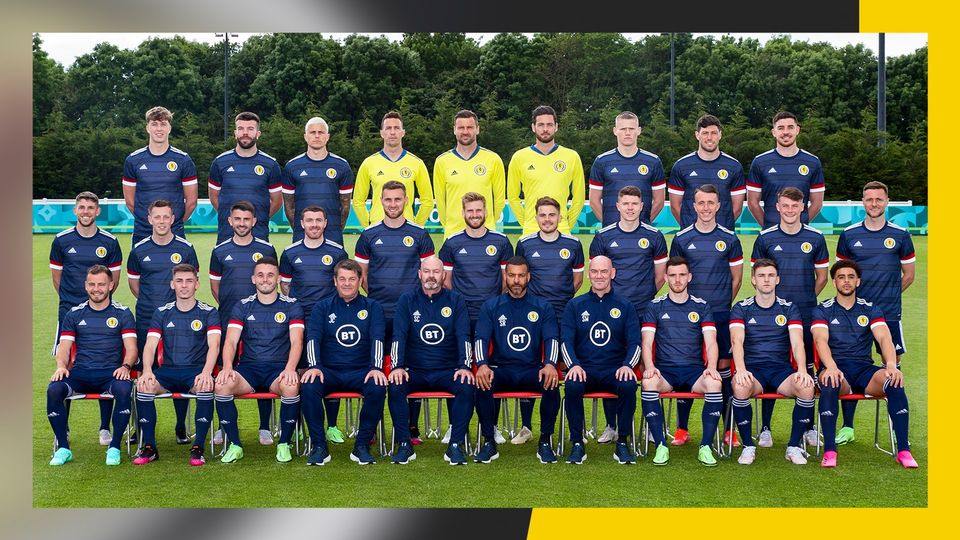