Last night was the second weekend of the NFL playoffs, and it began with the Seattle Seahawks traveling to Atlanta to take on the Falcons in the first game of the NFC divisional round. Away games have seemed to be Seattle’s Kryptonite this season, coming into the game at 3-3-1 in away games, as opposed to their 8-2 record at home.

Seattle took the opening kickoff and used two 3rd Down conversions to get to the Atlanta 15 yard line, and set themselves up with an opportunity to draw first blood with eight minutes left in the opening quarter.

The Seahawks first and second down plays were a rush for 3 yards and a reception for 5, both by former Falcon J.D. McKissic, setting up 3rd and 2 at the Atlanta 7 yard line. Russell Wilson took the snap on 3rd down, dropped back, and found Tight End Jimmy Graham at the two yard line with a step on his coverage man, and Graham fought into the end-zone. The Hauschka extra point was good, and the Seahawks moved out in front early, 7-0.

The Falcons however, would answer right back. A 3rd and 7 pass from Matt Ryan to Julio Jones for 8 yards would allow the Falcons to manufacture a drive that would take them 46 seconds into the second quarter, and that was capped off by a 7 yard pass once again from Ryan to Jones. Matt Bryant split the uprights on the extra point, knotting the game up at 7 a piece.

Devin Hester would take the following kickoff five yards deep in his own end-zone, and bring it out the Seattle 45, for a return of 50 yards. After a gain of three on first down, Seahawks Russell Wilson found receiver Paul Richardson what was initially called on the field as a 52 yard touchdown pass. However, it was ruled under review that when Richardson caught the ball and hit the turf, that he was touched by the Falcons defensive back while on the ground, and therefore down by contact.

On the next Seahawks drive, after being pinning down the Hawks to their own one, the Falcons were galvanized by a safety, with Russell Wilson tripping and falling backwards into his own end zone, making the score 10-9.

The Falcons would then take their next drive to the Seattle 17 yard line, setting up a Bryant field goal to give the Falcons their second lead, 12-10. They would finish off the half with a 14 yard Matt Ryan touchdown pass to Tevin Coleman after forcing Seattle to punt. The score at the half was 19-10, Atlanta.

The Falcons came out strong in the 2nd half, taking their opening drive 75 yards in 13 plays, finished by a one yard Devonta Freeman touchdown run, extending their lead to 16 points, 26-10.

The Seahawks drove 80 yards on the next drive for a 26 yard field goal, but it was all Falcons from that point. They answered with a field goal of their own, and a fourth quarter Ryan-Mohamed Sanu touchdown pass. Seattle would be able to come back with a touchdown of their own, but it wouldn’t be enough to spark a comeback, as Russell WIlson was intercepted with 36 seconds left. The Falcons would run out the clock to finish off their 36-20 victory.

Seahawks Quarterback Russell Wilson finished 17-30 for 225 yards and two touchdowns as well as 2 interceptions. Matt Ryan of the Falcons finished 26-37 with 338 yards and 3 touchdowns. The Falcons advance to the NFC Championship game, where they will take on the winner of Sunday’s game between the Green Bay Packers and Dallas Cowboys. 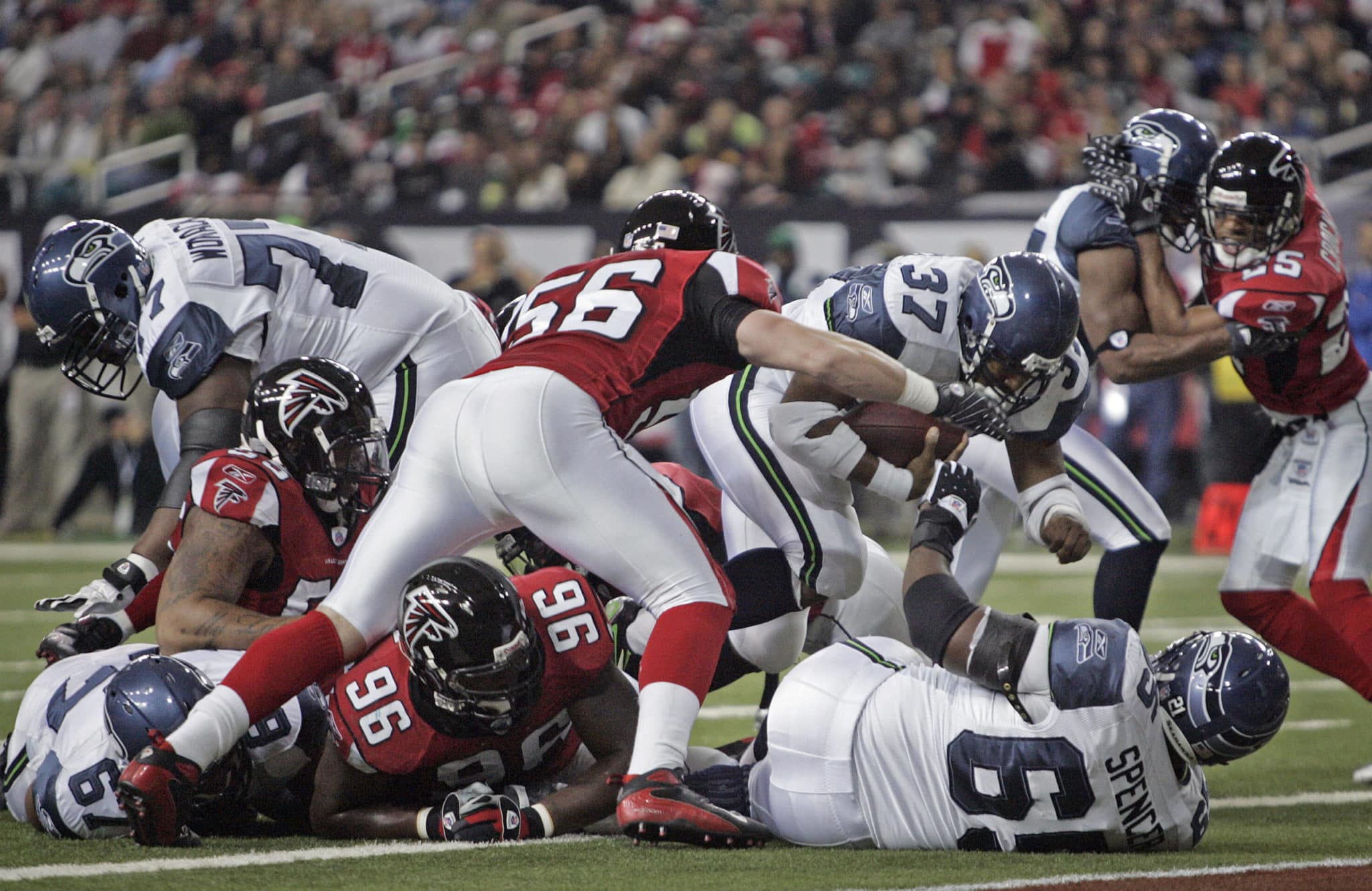