Serena Williams has announced her retirement from tennis. The 23-time Grand slam winner broke the news in an article published by Vogue on Tuesday.

She said: “I have never liked the word retirement it doesn’t feel like a modern word to me. I’m here to tell you that I’m evolving away from tennis, toward other things that are important to me.

“I don’t want it to be over but at the same time I’m ready for what’s next.”

Williams told Vogue that she, unfortunately, wasn’t ready to win Wimbledon this year and she doesn’t know if she’ll win in New York but suggested that the US Open will be her final tournament.

Williams had set up a venture capitalist company and continues to invest in various organisations, however, the 40-year-old explained that one of her main reasons for retirement was due to her desire to expand her family.

She wrote: “These days between building my tennis resume and building my family, I choose the latter.

“I never wanted to have to choose between tennis and a family. I don’t think it’s fair.

If I were a guy I wouldn’t be writing this because I’d be out there playing and winning while my wife was doing the physical labour of expanding our family.”

She revealed that she felt a “great deal of pain” when making the choice to retire from tennis. “There is no happiness in this topic for me. I know it’s not the usual thing to say, but I feel a great deal of pain. It’s the hardest thing that I could ever imagine. I hate it. I hate that I have to be at this crossroads,” she wrote.

“I keep saying to myself, I wish it could be easy for me, but it’s not.”

Williams 23 Grand Slam titles left her shy of one that would bring her level with Margaret Court’s record for the most majors.

She wrote: “There are people who say I’m not the GOAT because I didn’t pass Court’s record, which she achieved before the ‘Open era’ that began in 1968. I’d be lying if I said I didn’t want that record. Obviously, I do.

“The way I see it, I should have had 30-plus Grand Slams.” She wrote about going through a C-section to a second pulmonary embolism to a grand slam final and playing through postpartum depression, and even though she didn’t beat Court’s record she doesn’t let that affect her.

“Shoulda, woulda, coulda. I didn’t show up the way I should have or could have. But I showed up 23 times and that’s fine. Actually, it’s Extraordinary.”

“I started playing tennis with the goal of winning the U.S. Open. I didn’t think past that. And then I just kept winning.”

Her first win was in the 1999 US Open, since then Williams spent 319 weeks ranked as the number one player in the world by the Women’s Tennis Association. 186 consecutive weeks as number one from February 2013 to September 2016.

23 Grand Slam singles titles were spread over the course of 18 years ranking her second in women’s tennis, in comparison to Margaret Court’s 24 Grand Slam titles. She won seven at the Australian Open, three at the French Open, seven at Wimbledon and six at the U.S. Open.

Her success was not limited to singles tournament. She and her sister Venus formed a doubles partnership and won 14 grand slam women’s doubles titles. She also won two mixed doubles.

She made her first appearance at the U.S Olympics in 2000 in Sydney and won gold in a doubles match with her sister Venus. In the 2008 Beijing games, they won gold again. In the 2012 London games, they defended their doubles title and Williams also won her first singles gold.

ALSO READ:  MAJOR upsets in New York as the 2022 US Open gets underway

Former world No 1 player Billie Jean King paid tribute to Williams describing her as the “greatest player” in tennis.

She said: “When Serena steps away from tennis, she will leave the sport as the greatest player.

“After a career that has inspired a new generation of players and fans, she will forever be known as a champion who won on the court and raised the global profile of the sport off of it.”

The 18-year-old Coco Gauff praised Williams, stating that she was the reason she took up tennis in the first place.

She said: “I grew up watching her. That’s the reason I play tennis. Tennis being a predominantly white sport, it definitely helped a lot. Because I saw somebody who looked like me dominating the game, it made me believe that I could dominate too.”

The U.S. Open champion, Emma Raducanu paid her own tribute. She said: “She definitely changed the game. There’s not really been someone who has dominated like her in the women’s game. So I think she did change a lot in that respect.” 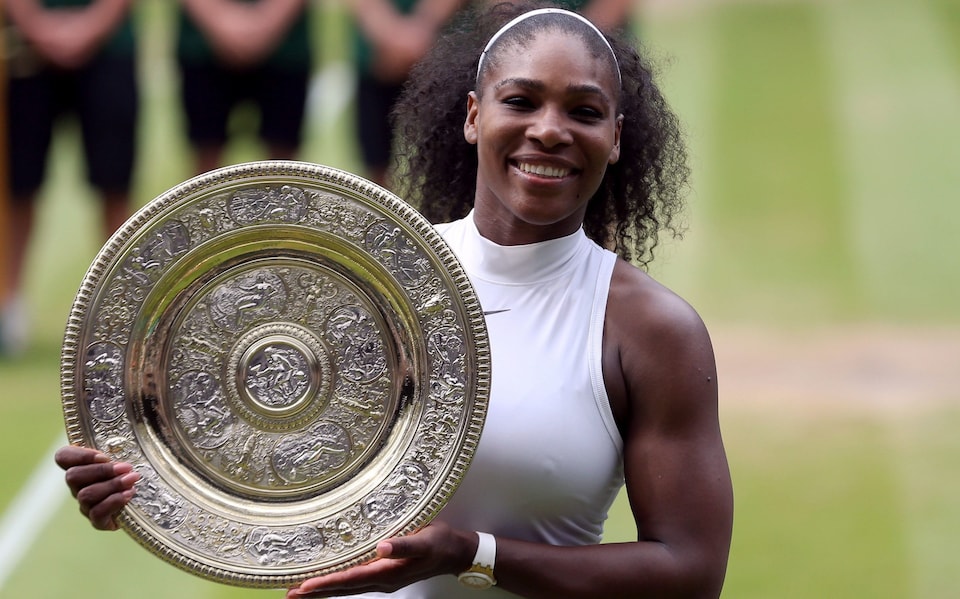