The Wizards, for the first time this season, have won back-to-back games. They defeated the Orlando Magic 117-109 at Capital One Arena on Monday night. A winning streak is so far emerging. Everything was humming along nicely as Washington played a very complete game. But it took a lot more than that to get the victory. 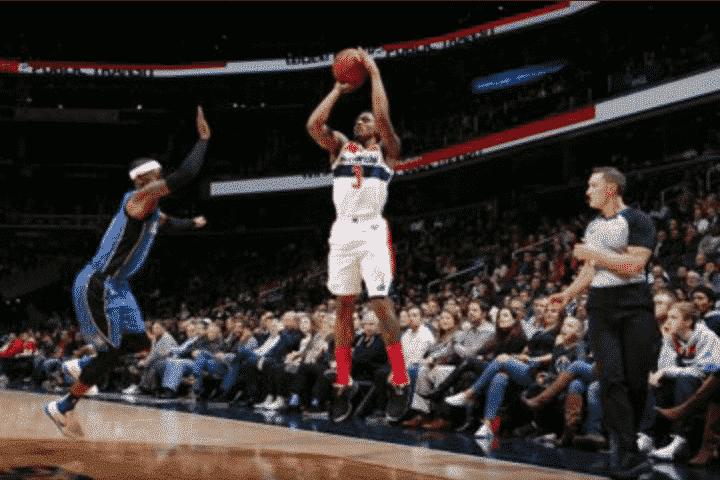 Yep, you heard that right. The all-bench lineup did their part for a change. Every Wizards fan probably prayed for dear life when Scott Brooks inserted it but it did their part. As long as that bench trades baskets with Orlando and gets a couple plays to work, I’m okay with it.

One good thing about that lineup was some of the changes that came along with it. For starters, Austin Rivers became the primary ballhandler and Satoransky became more of an off-the ball presence. Another change was that plays were beginning to unfold. This is not the Wizards we have seen who play isoball for the whole game. This looked like a completely different team. The all-bench lineup had a plus-minus of +6.

Jeff Green will be very key during this streak

This guy always amazes me. He has so much heart and desire out on the court and it is a joy to see. That alley-oop dunk from Wall was a great play that had fans jumping out of their seats. Unfortunately, his perfect shooting night ended with a heave at the end of the shot clock.

When Scott Brooks was asked about Jeff Green, he said “he’s experienced and he’s won a lot of games. He won two (Cleveland Cavaliers) for them last year by himself last year in the conference finals with his production. Not every night, he’s gonna shoot 4-5 from three but we need his all-around play. He can guard just about anybody on the court.”

The hustle was there

This is something I have not seen from this team at all so far. Up until this little streak, Washington was getting killed on the boards and other teams showed a lot more effort. Tonight, the Wizards outrebounded Orlando 41-34 and made key defensive plays while also being very effective in the paint and on the break.

Overall, tonight was a great performance. While it is a game Washington should win, you cannot take it for granted. Especially with this team. Now, they have a small two-game winning streak. Hopefully this can be the turning point and the Wizards continue to gain momentum. They need it.