It was a clear and warm evening in Santa Clara. The 1-7 Raiders were taking on the 1-7 49ers. It was the Battle of the Bay, the last time these two teams would face each other in the Bay Area. 49ers QB C.J. Beathard was scratched from the starting lineup allowing 3rd string QB, Nick Mullens’ to start. Here’s a few highlights on how he did for his first NFL Career start.

Kyle Shanahan’s scheme and plan was simple on offense. They ran the ball by committee with Raheem Mostert leading the way with 86 yards on 7 carries with a long 52 Yard TD run:
Matt Breida also added 44 yards on 12 Carries. The 49ers running game ended with 32 Carries for 143 yards. That’s how you run by committee.
Passing 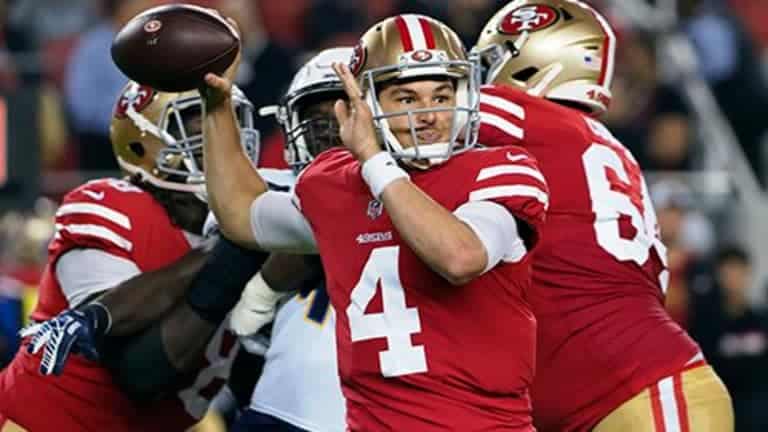 Nick Mullen’s looked like he’s been starting QB for 10 years by finding holes and dicing up the Oakland Raiders defense. Mullen’s finished 16/22 for 262 yards with 3 Touchdowns to Garçon, Bourne and Kittle. For his first start, Mullen’s ended with 151.9. The perfect QB rating is 153.6. You be the judge.

ALSO READ:  5 Most Intriguing Week 1 Contests
Receiving
George Kittle lead the team with 108 yards off of 4 catches.
Here’s a look and his longest catch :
Pierre Garçon and Kendrick Bourne each had a touchdown reception.
Defense
The defense had 5 sacks – Cassius Marsh 2.5, 1.5 by Dekota Watson, and Deforest Buckner and Ronald Blair each had a sack. The defense held the Oakland Raiders to 3 points.
Overall, the San Francisco 49ers played together as a team by defeating the Oakland Raiders 34-3. Can the niners keep the momentum going and defeat the New York Giants? 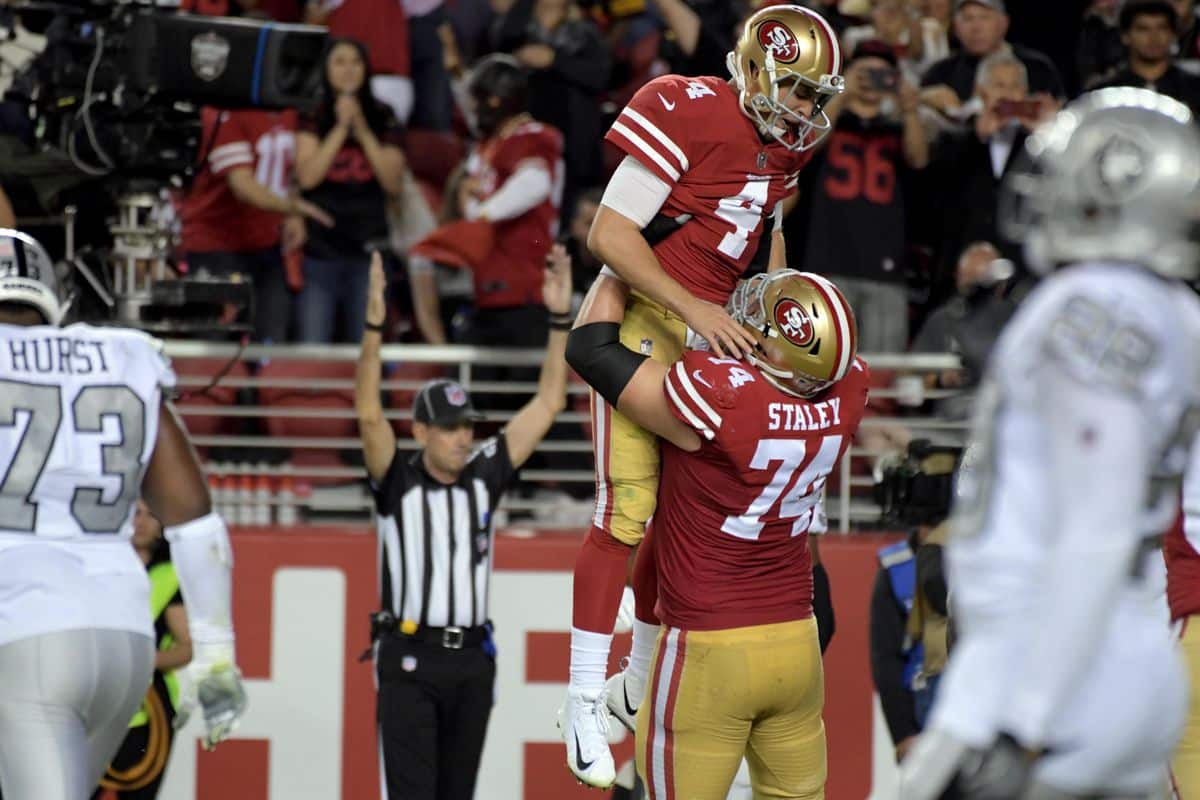