Some fighters were scary tough when it comes to taking punches and quite a several them too. So, who had the greatest chin in the boxing history? The answer to this question differs from person to person. Every fan or critic or expert have a different answer.

Here’s a list compiled by one of the top UK online casino based on the history of fighters, the toughest of the tough is mentioned below.

Every man on this list has a right to be here since they have endured a lot, for the passion for the game.

George had two spans of careers; when he was young and then older. Young George has fought Joe Frazier, Ken Norton, George Chuvalo,

Muhammad Ali to name a few. With George his defence was strong. When he fought Ali, he punched out mostly due to exhaustion before his chin was tested.

If George didn’t come back later to make his mark in boxing he wouldn’t be here on this list. Later in his career, he took on strong punchers like Bert Cooper, Shannon Briggs, Michael Moore, Evander Holyfield and Gerry Cooney. He fought against Holyfield and Moore for title fights.

He defeated Moore in the tenth round and won the championship for the second time. People who were laughing at him during his comeback were mouth shut when he took on boxers 20 years his junior.

Ray Mercer has taken on nearly everyone in his era; Bert Cooper, Evander Holyfield, Lennox Lewis and Tommy Morrison.

He is also a former Olympic gold medallist in 1988 Seoul games. Who can forget his five-round war with Tommy Morrison?

If that wasn’t a testament to his entry in this list, then what is? If it had been any other fighter, Morrison would have walked away with a knockout win, but Mercer withstood the punches and delivered one of the best knockouts in the history of the heavyweight championship.

McCall was one of the toughest guys to go against. He had fought against most of the big punchers like Lewis, Douglas, Larry Holmes, Frank Bruno and Lionel Butler.

You could never see him reeling or stumbling from a punch. Most of these guys he went against were when he was old.

He has fought in an unbelievable 71 pro-fights.

It was really disturbing to watch the mental breakdown he suffered during his comeback fight against Lennox Lewis.

Cobb entered the pro-boxing arena without any amateur experience. During his career, he fought against Ernie Shavers who was the heavy hitters of all time.

Though he has taken on Ken Norton and Mike Dokes, he is remembered for his fight against Larry Holmes. The fight was so bad that Howard who had been announcing the fight retired after that game. Without proper training, Cobb was an aggressor who didn’t pack a mean punch but had one of the greatest chins of all times.

George Chuvalo had a career that spanned 23 years and 93 fights. Not in one of these he had been knocked off his feet. The Canadian fighter has fought the most prolific names of all times like Ali, Foreman, Frazier, Jimmy Ellis, Buster Mathis, and Ernie Terrell. He had an inhuman ability to absorb the punches. In one of the fights against Frazier, Frazier broke his orbital bone.

The fight was called to an end but Chuvalo was standing till the end. It is said that even then, Chuvalo was not ready to end the fight. He like his career is epitomized for the greatness. Muhammed Ali has credited him saying that George Chuvalo is the greatest man he has ever fought. If he wasn’t born in the era Ali, Frazier and Foreman, he would have won a championship title. 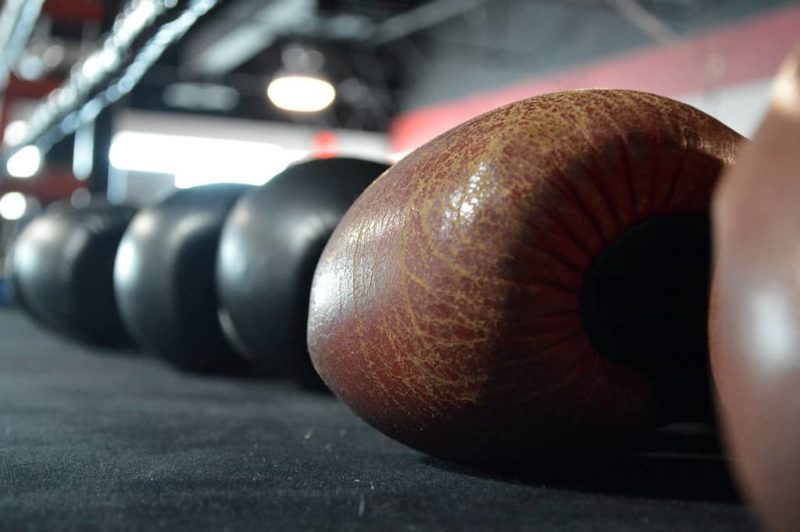