World Rugby recently unanimously voted for the Men’s 15’s Player of the Decade, yet there seems to be a North vs South debate as to who is the greatest fly-half the rugby world has seen during their professional era. Most Northerners favour England’s Rugby World Cup-winning hero, Jonny Wilkinson, whereas the majority of Southerners, will favour All Black-giant, Dan Carter.

Who is your pick for the greatest ever fly-half?

As for many English fans, the greatest moment to date in the Red & Whites goes back to the 2003 Rugby World Cup Final. During the dying moments of extra time, scores were locked 17-all. Australia was looking to defend their Rugby World Cup crown, however, England’s mastermind, Jonny Wilkinson, had other ideas; laid deep in the pocket, scrum-half, Matt Dawson, passed back to the England fly-half.

Calm and collected, Jonny Wilkinson slotted over the drop goal and won the Rugby World Cup for England for the first time and ended the Southern Hemisphere dominance of the tournament. In what will forever be a historic moment in English Rugby history, England fly-half, Wilkinson, has had arguably one of the most successful careers on the rugby field and is regarded by many, as the greatest fly-half in the modern era.

In 2015, the stage was set at the ‘home of rugby in Twickenham and New Zealand looked to become the first nation to successfully defend their previous Rugby World Cup crown. Late in the second half, Australia looked to gain the upper hand following two successive converted tries, as the scoreboard was 21-17 to the All Blacks and The Wallabies were trailing by only 4 points with 10 minutes left of the game. The New Zealand playmaker, Dan Carter decided to end all Wallaby resistance by slotting a 40-meter drop goal; minutes later, Carter converted another penalty goal, taking the game away from Australia, as New Zealand were leading 27-17.

Australia was desperately looking to salvage the game, meanwhile allowing New Zealand to score one last try and ending the game after another successful Carter conversion; winning consecutive Rugby World Cups and beating Australia 34-17. Dan Carter played a hugely influential role in that historic day for New Zealand Rugby and was awarded Man Of The Match for his outrageous efforts. Leading up to that iconic day at Twickenham, his consistency in The All Black jersey labels him as the greatest fly-half of all time!

The perfect ending to what was a highly decorated career dating back 12 years, was when Dan was awarded his first international test cap. Certainly a future World Rugby Hall of Famer, Carter was the fifth New Zealander to play 100 tests for his country. Dan Carter retired from international rugby after the Rugby World Cup 2015 Final with career records of: 112 caps, 1,598 international points and over 4 Rugby World Cups, with a total of 191 World Cup points.

Rugby Union Player of The Decade:

Both legendary fly-halves have had amazing careers in Rugby Union. It’s challenging to measure who would have been more dominant opposing each other, as Wilkinson had plenty of injuries which restricted him to playing more consecutively. We also know that post-2003 Rugby World Cup success saw numerous experienced English players retire, making international rugby challenging for Jonny Wilkinson.

On the other hand, Dan Carter replaced Carlos Spencer as the New Zealand playmaker. Dan Carter won back-to-back World Cups with a New Zealand team that dominated World Rugby from 2010 to 2015. Carter’s fellow teammates, namely Richie McCaw and Ma’a Nonu, were the core to a successful All Black side who will go down as one of the best rugby sides ever to date.

In conclusion, Dan Carter expanded his rugby career to many places, including domestic rugby in Japan and was a successful player in every tournament he partook in. Winning World Rugby Player of the Year three times, I would go on to say that ultimately, Dan Carter is modern-day rugby’s greatest fly-half yet!

Is there another fly-half who comes to mind? Let us know in the comments below!

Looking for an update on the British & Irish Lions Tour 2021? Check out the latest update here 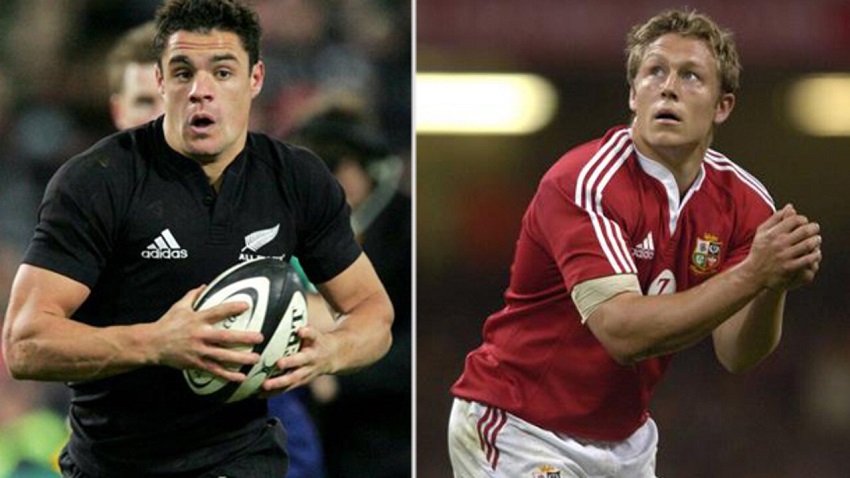