2018 was the year of the betting scandal in cricket, and if those stories were anything to go by then this is a growing problem that is threatening to destroy the fabric of the game. The good news, however, is that the authorities are better equipped than ever to apprehend match fixers, utilizing an array of ingenuous methods to catch them in the act.

Analytics are an important weapon in the fight against fraud. They can be used to detect unusual patterns of behavior and are incredibly good at what they do. This is something we all have experience with, as the same technology is used by banks and credit card providers.

How many times have you had a single small purchase rejected by your bank’s fraud team and have been left wondering why a much bigger purchase didn’t trigger the same red flags? It’s because the bank has built a detailed algorithm based on your exact spending patterns, as well as your location and the demographic you fit into.

Similar systems are used by betting companies to detect when there might be an issue, only this time they’re not used for your benefit, they’re used to detect suspicious behavior. If you typically bet $50 to $100 a week on match result and outright markets, and then you suddenly drop $10,000 on an obscure prop bet, the alarms will be triggered.

This happens automatically, after which point the bets can be scrutinized in detail, and this makes it very hard for the fixes, because…

They Always Focus on Prop Bets

Put yourself in the shoes of a match fixer for a moment. You want to make a little money on a cricket match and you know that doing so will require you to spend some of your potential winnings on a bribe.

It’s a no-brainer; the fixer will always opt for the latter. The problem is, doing so will mean they need to bet large amounts of money on what is otherwise a very insignificant bet, and for that not to raise suspicions they will need to place many similar bets before that.

If a fixer decides that it’s too much hassle to fix one small outcome in a single game, they may decide to make a number of calls, get many people on their side, and fix a larger and more profitable market.

But the authorities are wise to their ways and have informants throughout the betting industry. These range from the people who are legally obliged to provide them with information about suspicious betting, to automated processes that constantly feed them data from the betting exchanges, right on through to people working in cricket clubs.

A lot of times, proposed betting scams fail because the fixer simply can’t get their target onboard, either because their target has a crisis of conscious, or because they start bragging about what they have done. It’s the same for all crimes—you can never account for the actions of the criminal.

And as soon as that criminal opens their mouth, the scam is over. They are then told that if they work with the police then their own sentences will be reduced, so they do all they can to clear their name.

Connections Are Made Automatically

You might be thinking that a major criminal wouldn’t be stupid enough to give their full details to the person they pay to fix the match, and you’d be right. Like all major organized crime leaders, they tend to work through a series of underlings and avoid getting their hands dirty.

However, the authorities have a good idea of who they are and who they work with, and all of this data is stored in their systems. It becomes part of their algorithms and is used to sound internal alarms regarding new accounts and large bets.

If Person A signups to a new account with a betting exchange their details will be fed into the system. If that system recognizes the name and acknowledges connections to Person B, who is a suspected fixer, they will keep a close eye on their activities. Not only does this allow them to catch the criminal before the crime has taken place, but it gives them a chance to root out the players involved with them.

If Person A places a lot of money on Player X to throw a no-ball and that bet is settled as a win, the authorities now know to suspect Player X.

Another major issue here is that bookies don’t like winners. it doesn’t matter how much you bet or how “normal” your betting behavior is, if you’re winning on a consistent basis you will be flagged by the system and the bookies may choose to suspend you or ban you.

While someone who wins all of the time would be considered a great tipster by the average fan, they are considered suspicious to the bookies. It’s madness, but it’s something that’s actually very common in the tipster community and something they often warn their readers about, as noted on this page of previously correct cricket predictions.

It has been argued that match fixing is rife in sport, especially cricket, and that the mere handful of cases over the last few years is proof that thousands are getting away with it. But while this might be happening on an individual level (a player signing up under a fake name and then throwing a single no ball) it’s probably not as common as previously believed. 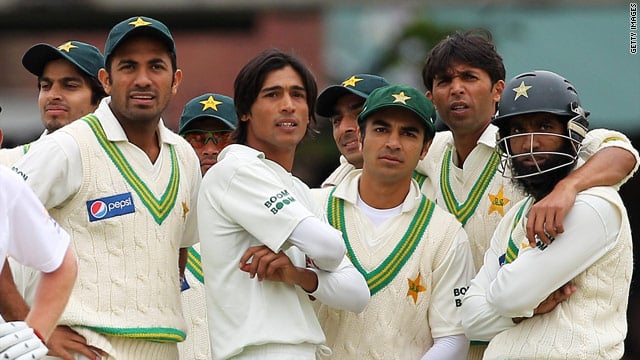