The Washington Wizards lost to the Toronto Raptors 125-107 on Friday night. Once again, the lack of coaching scheme and panicking late got to them. Rather than swing the ball around late, the Wizards were desperate late with their shooting in order to force a rally. Here are some of the main points from tonight’s game. 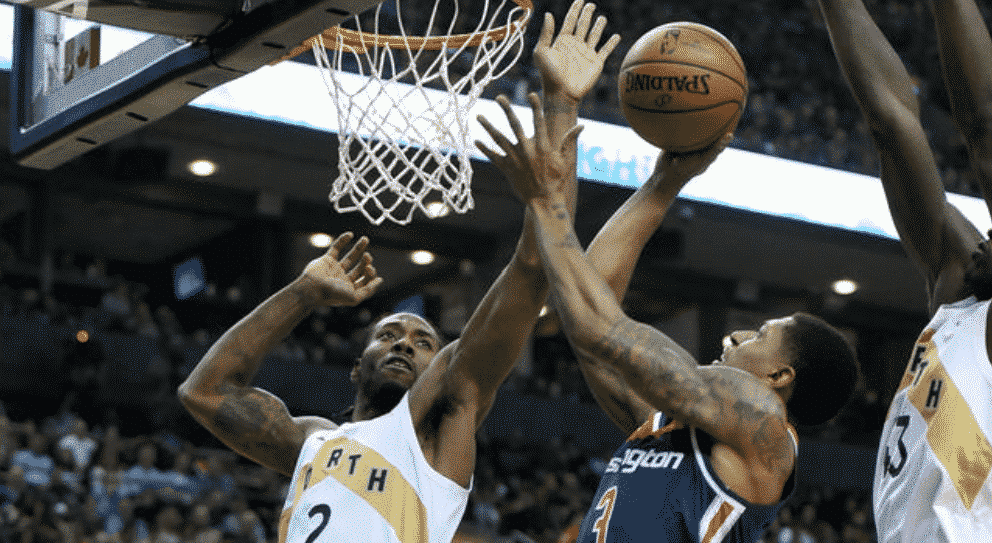 Kawhi Leonard is a monster

This guy is a matchup nightmare. He finished with 27 points and 10 rebounds in 30 minutes of play. No matter what Washington tried to do, they never had an answer for Kawhi. They tried but nothing worked against Leonard.

While Leonard did good when he was on the ball, his presence scared the Wizards. When Kawhi is on the floor, the Raptors are a very scary team and it showed tonight. No one knew what to do and it was typical given how this Wizards team has played so far.

The Wizards were abysmal from three. They shot, wait for it, 9/46 from beyond the arc. Had Washington made 1/3 of their threes, they win this game. The Raptors, on the other hand, shot 17/39 from three.

This impacted the Wizards late in the game. Instead of working it inside and taking open shots, Washington decided to force a rally through threes. This only backfired as Toronto continued to build their lead and it went out of hand not too long after that. The only decent Wizards shooters were Markieff Morris and Austin Rivers. Austin’s mostly came in garbage time and Markieff’s came in that 9-0 run at the beginning of the third.

Washington just could not defend the three. This is an old narrative that was used a lot in last year’s postseason and Toronto basically had shooting practice. CJ Miles had a quiet night but players such as Danny Green, OG Anunoby, Fred VanVleet, and Kyle Lowry were left wide open very regularly.

This guy is the closest thing to an athletic big man that the Wizards have. Bryant finished with seven points and eight rebounds in 18 minutes of play.

His presence allows Washington to play their game. He can grab boards, kick it out to the shooters, and move around at a faster pace. That is how Washington succeed on offense and no one else can do these kinds of things. Mahimni and Smith spend way too much time watching rather than doing which is why nothing happens when they are in the game. Try anyone else at center and it is a complete mismatch.

Overall, it was not the worst performance the Wizards could have played out there. While it is frustrating that they lost, you could see the heart and passion the Wizards were playing with. Their only backbreaker was shooting which killed them on multiple occasions. Flush it and move on to playing the Pelicans in DC.