The Carolina Panthers were one of the worst teams in the NFL at one point this season. With a record of 3-8-1 and going seven straight weeks without a win, many fans were looking forward to the draft.

The Panthers put together a four-game win streak at exactly the right time to finish the year 7-8-1 and win the NFC South, becoming the first team since the 2002 realignment to do so in that division. It’s also the first time that Carolina has made the playoffs in back-to-back seasons.

There are many things that can be attributed to the Panthers turning their season around. However, the following three things were the biggest keys in turning Carolina into a potential sleeper team in the playoffs.

1. FINDING STABILITY ON THE OFFENSIVE LINE

Perhaps the biggest problem for the Carolina Panthers for most of the season was their offensive line. Outside of center Ryan Kalil, it was never assured that any of the players on that line would be able to be a long-term answer at their position.

Going through eight different lineup changes for the offensive line didn’t help either.

However, the Panthers finally have stability on the offensive line, and even better, the offensive line is finally doing what it’s supposed to do: blocking. With rookies Andrew Norwell and Trai Turner developing nicely, Byron Bell and Mike Remmers working harder each week, and Ryan Kalil remaining one of the top centers in the league, Carolina finally has a reliable line that can protect Cam Newton. Speaking of Newton…

2. CAM NEWTON FINALLY GETTING HEALTHY AND BACK TO HIS OLD SELF

It seemed like between carrying the offensive load and having no offensive line to protect him, Newton would be in for a long season full of injuries. However, he finally got fully healthy after the bye week, and by week 14, he was back to his old self. The old, dual-threat quarterback that kept defenses guessing was back. Even after a scary automobile accident, Newton was able to overcome his injuries and lead the offense.

A huge help to Newton was the offense stepping up around him. As aforementioned, the offensive line stepped up in a huge way, which not only helped Newton, but the run game as well. After DeAngelo Williams went down with a broken hand, Jonathan Stewart proved to everyone that he is the number one running back in Carolina. He had more rushing yards over the final four games of the season than any other back in the league. Wide receivers Jerricho Cotchery and Corey Brown finally stepped up to help take the pressure off of tight end Greg Olsen and rookie Kelvin Benjamin.

Between all these things, Newton was finally able to get back to full health, and just in time, too.

3. THE YOUNG SECONDARY BECOMING ONE OF THE BEST IN THE NFL

Okay, maybe saying they’re “one of the best” is a bit of a stretch. But no one can deny the fact that corners Josh Norman and rookie Bene Benwikere have been incredible, especially considering the circumstances under which they have played. Along with rookie safety Tre Boston coming in to help Roman Harper (who has also stepped his game up lately), this young secondary went from being one of the worst in the league to one of the most reliable and toughest. Carolina went from being in the bottom five in passing defense to 11th overall.

The secondary was not the only part of the defense that stepped up. The defensive line finally started getting pressure on opposing quarterbacks and stopped the run, which was Carolina’s bread and butter last season on defense. Thanks to this, it helped the linebackers, who could drop back in coverage, which in turn helped the secondary. It’s all a cycle, really: if one position is struggling, the others will struggle as well. If one position begins succeeding, the others will succeed as well. One position of a defense will follow suit with the others.

There you have it. The three biggest things that stood in the Panthers’ way of the postseason were the offensive line, the injuries to Cam Newton, and the secondary. Quickly, Carolina was able to put everything together, and now looks poised for a playoff run. 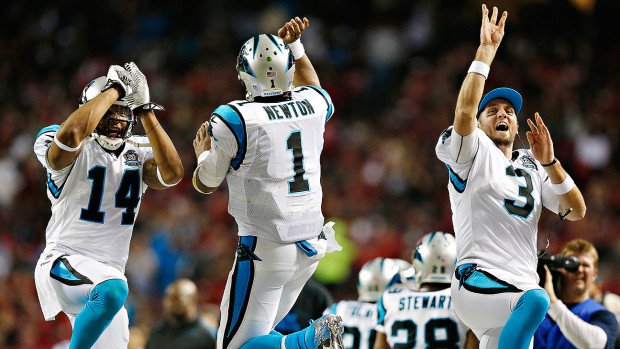