Trea Turner is a shortstop for the Washington Nationals. He has played for the Nationals since 2015 and has even helped them to a World Series. So, why is it even a question on if he is underrated or properly rated? Who are these other players who are ranked above him, and do they deserve to be ranked above him? What have his stats been like to be ranked so low? Let’s take a deep dive in the career of Trea Turner.

According to MLB.com, Trea Turner is the 79th best player in the MLB. According to ESPN, Turner is the 60th best player in the league. These lists are both very different, for example Aroldis Chapman is 58th on one and 75th on the other. However, they both rank Trea Turner between the 50th and 100th best players in the league. Why is this? Well, Turner only played in 122 games last year due to a wrist injury. A smaller sample size could affect a player’s rating during these annual rankings.

Although with a small sample size last year, Trea Turner excelled. He hit .298 which is about .040 over league average. He also tied his career high for home runs at 19, a personal record he set the previous year. He hit the same amount of home runs in 40 less games, which shows he is hitting them more frequently. So he has developed power over the past few years. He has had a total of 61 extra base hits, with 5 triples.

A 5 tool MLB player is a player who hits for average, hits for power, is an above average fielder, and thrower with above average speed. Turner has been developing the power over the past 3 years. He has one of the fastest home to first base speeds in the league. He also has more than 30 bases in each of the last 4 seasons which proves he has the speed.

He is a former center fielder, so he has somewhat of an above average arm. He has a .976 fielding percentage at his primary position, shortstop, for the last 6 seasons. He hit .298 which is above league average. Turner checks off all the boxes as a 5 tool player, but is never spoken about as one.

After possibly being a 5 tool player, and winning the World Series why is he ranked at 79th and 60th? Giancarlo Stanton is ranked 13 spots higher than Turner but only played 18 games last season. Stanton does not have the speed nor the hitting for average that Turner does. He does however have more power, and a better arm, but does that really make a 13 spot difference?

According to the two players wins above replacement (WAR), Stanton has a 16.6 WAR and Turner has a 14.4 WAR. Stanton has played 48 more games than Turner. It is normal that an average player can get 2.2 WAR in 48 games, so Stanton should not be 13 spots higher than Turner. 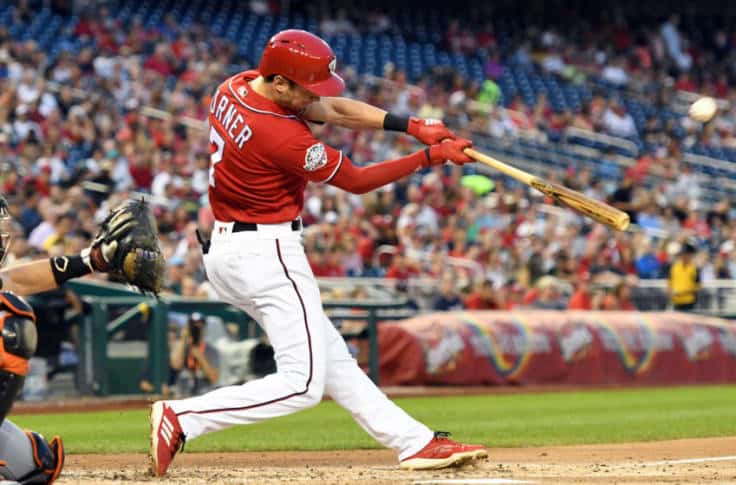