The deciding, defining fight between Tyson Fury and Deontay Wilder promises to be a blockbuster

Tyson Fury, winning the fight on all three scorecards, despite an earlier knockdown, takes a hard right-left combination, and drops heavily to the canvas in the 12th and final round. Deontay Wilder wheels away, showboating, pointing to people in the crowd and drawing a golden coloured glove across his throat. For him, the fight is over. Finally, at last, he has produced the shots that have got his nemesis: the hulking 6’9 Gypsy King out of there.

He smiles and nods in a neutral corner, leaning back, taking the plaudits of the crowd who are on their feet, baying and cheering, ready to proclaim him an undisputed champion. His family in the front row are shouting, ‘We fucking love you.’ Referee, Jack Reiss, begins the count over the prone fighter. As he gets to 4, Tyson Fury’s eyes pop open, look at the referee, and as in a later, viral Gif, he rises like wrestling superhero, The Undertaker, from ‘the dead’ and beats the count.

Few in the Staples Center, California, could believe what they were seeing. Gasps, shaking heads, eyes wide in disbelief, seat neighbours turning to each other, mouths open. Mike Tyson stood and a lascivious smile spread across his tattooed face as he surveyed the crowd, tangibly beaming with pride at the man named after him. A deafening emotionally charged roar from the legions of British fight fans who had crossed the Atlantic to cheer on their hero.

Wilder afforded himself a nanosecond of a wry smile and shook his head ruefully. His face was worth a thousand words, none of them printable.

Fury walks to the referee as he had required each fighter to do before the fight. He puts his gloves on either side of Reiss’s shoulders. Reiss orders him to walk to the ropes and back. Tyson Fury does a little shuffle dance, and returns, head cleared, ready to go again.

Incredibly, the Bronze Bomber, already in celebration mode, now had to refocus and snap back into action. But he looked utterly disconsolate and absolutely spent.

By comparison, Tyson Fury seemed to find strength from a secret well of desire, and began exchanging, taking the fight to Wilder once again. The crowd morphed into a swaying, feral, febrile, howling, mewling mass of collective investment as the action continued nonstop for the remaining two minutes of the round. Fury avoiding any more heavy concussive bombs and even delivered some straighteners of his own, which clearly troubled a tiring Wilder.

As the final bell sounded, Fury thrust his hands in the air and climbed onto the ring ropes, jubilantly proclaiming victory – an outcome reflected on many pundits scorecards, – whilst Wilder bowed his head and slunk back to his corner.

It is one of the great rounds in boxing history. The stuff of myth and legend. Triumph over adversity. An impossibility that sport throws up to make us believe that mortal man can become, for an instance, God-like in our eyes. We all beat the count with Tyson Fury. Sylvester Stallone’s Rocky Balboa could not have scripted it better against Clubber Lang if he had tried.

The man who had spent two and a half years in the boxing wilderness, battling his own demons after taking the heavyweight crown from Wladimir Klitschko in spectacular fashion. The man who was lost in a haze of drink and cocaine with weight ballooning, and surfacing mental health issues, had just pulled off one of the most remarkable comebacks of all time.

In the immediate, frenzied chaos that greeted the bell, it would be hard to find a single commentator outside of Wilder’s family and friends who thought he won the fight. But the decision when it came was an ultra controversial split decision draw. A result met with hostile disbelief and a huge chorus of boos. Deontay Wilder, it seemed, had lost the battle, but kept his crown.

Billed as Unfinished Business, the rematch took place at the MGM Grand arena, Paradise, Nevada, and bore witness to one of the most brutally comprehensive, destructive victories ever seen in a properly matched heavyweight title fight. Tyson Fury’s performance was nothing short of sensational as he fearlessly dismantled Deontay Wilder with skillful boxing and repeated shows of power. There was no other word for it than slaughter. Deontay Wilder took a hell of a beating, shipping punishment like never before in his career. So much so that Fury was not only hurting him at will, but it was a blessed relief to all concerned that Wilder’s trainer Mark Breland threw in the towel with 1.39 on the clock in round seven. His man bloodied, bowed, and beaten, pathetically slumped in a corner. Any more punishment and Wilder would surely have had serious, permanent repercussions for his future health.

In the fight’s aftermath, Wilder laid the blame on all manner of things for his performance and loss. First, there was the bizarre gladiator outfit he donned before entering the ring. “My uniform was way too heavy. It was 40-plus pounds. We had it on 10 or 15 minutes before we even walked out and then put the helmet on. That was extra weight, then the ring walk, then going up the stairs. It was like a real workout for my legs. When I took it off, I knew immediately that the game had changed.” He conveniently forgot, of course, admitting that he trains with a 45 Ib vest as standard. Next was the accusation that his trainer spiked his water. That was some bad day at the office Breland had. Spiking his boss’s water to weaken him and then throwing in the towel when his wicked ruse came off. Far-fetched paranoia of egg-shaped weights in Fury’s gloves and ‘gypsy spells’ cast upon him, Wilder was illustrating the prolonged effects of the beating he took. And a serious helping of sour grapes.

Not that any of this bothered a jubilant Tyson Fury. Redemption was complete and what he saw as his rightful place as the true lineal king of the heavyweights restored. It was a remarkable story, a remarkable comeback, and an inspiring warrior win for the British fighter, who won in uncompromising style and with surprising ease.

And so, here we are on the eve of big fight night number three, the decider. It’s all or nothing in a winner take all trilogy fight dubbed, Once and for all at the T Mobile arena, again in Paradise, Nevada.

Following on from the sulphuric Wilder conspiracy theories last time out, now come the mind games, and the bizarre sight of the Bronze bomber refusing to do press conferences, dark glasses on, head in the cloud of headphone music and meditation as he sits mute on the stage dressed in black.

In the absence of any back and forth fighting talk, Tyson Fury has had plenty to say, of course, mostly expletive-laden as he showered Wilder and new trainer, former undistinguished heavyweight boxer, Malik Scott, with a TKO loss to Derek Chisora on his record, with his particular brand of raucous rhetoric. “I’m gonna smash his fucking face in. He’s getting ended. End of!”

But back down to business and come Saturday night. How do you pick a winner in a fight like this? Is it more of the same for Fury? Has he got Wilder’s number, and Wilder really only has a puncher’s prayer in order to win?

Pundits like Evander Holyfield and Keith Thurman have suggested that Wilder could not perform as badly as he did in the second fight. That he would have gone to school on the defeat, learned his lesson, and will be a far more lethal and effectively combative opponent in this one. Others, like Shawn ‘Showtime’ Porter, think that Tyson Fury is in a different league to other heavyweights, and it will be a big win again for the Gypsy King.

It is impossible to call: it could be over in seconds, or last two or three rounds, but is there any way that it could go the distance? With these two in the ring? Ladies and gentlemen, place your bets.

Whatever the outcome, it will be a Hollywood-style blockbuster. Rocky 3 remade. Fate and circumstances, sporting history mythology, and greatness await the head that wears the crown of a champion in the desert city of Paradise, next to the gambling Mecca of Las Vegas on Saturday night, Sunday morning, where there is only room for one at the Top.

This is proper legacy boxing with two high rollers in town.

Apollo Creed is in their corner.

Let’s get ready to RUMBLE!…. 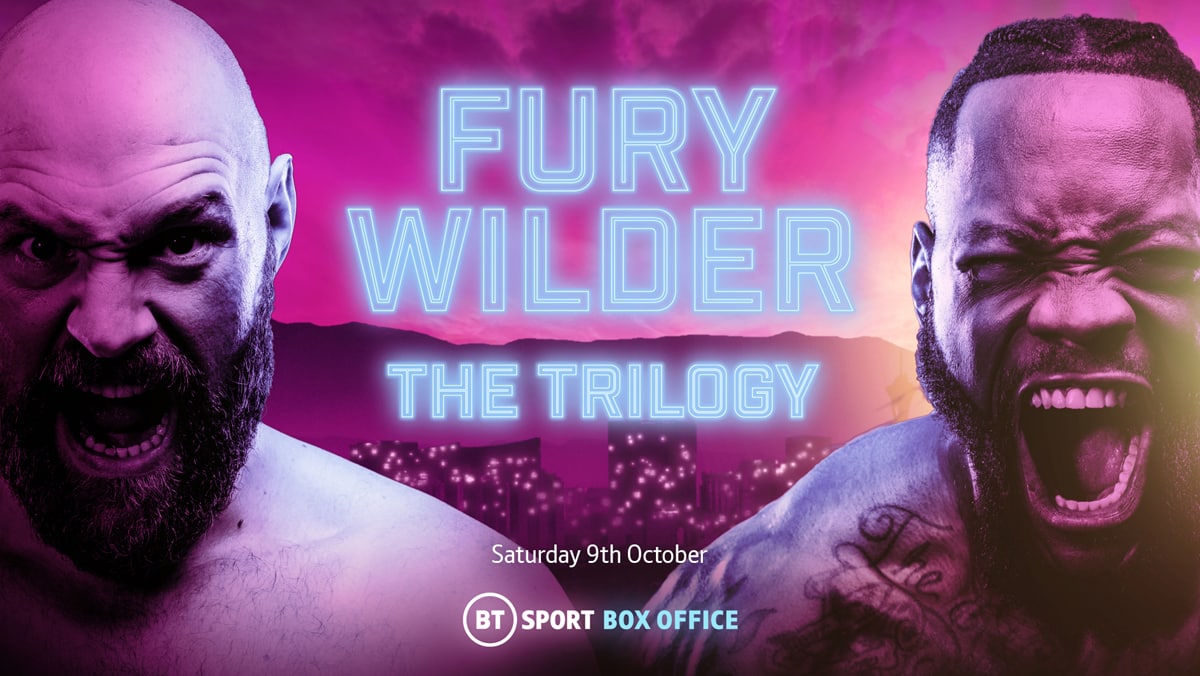