The MMA world has talked about this for a week. ONE FC have set their sites on trading Ben Askren, the undefeated folk style wrestler, for former UFC Flyweight Champion Demetrious “Mighty Mouse” Johnson.

The promotion has had a great year financially and have began to sign top talent to expand their growing brand. Journalists have looked deeper into the financials of the upcoming promotion. An example of which can be seen below:

ONE FC have secured Demetrious Johnson per mutliple news outlets and from ONE FC’s CEO.

Both fighters hinted at big changes coming their way this week.

Good night world. Just so everyone knows I am pumped and excited for the future stay tuned!! #newadventure

Askren poked fun at the UFC’s front man, Dana White. Both men have gone on record to say how much dislike they have for one another.

The signing has yet to be officially confirmed but Chatri Sityodtong, CEO of ONE, has already welcomed Johnson to the company.

Please join me in welcoming the #1 pound-for-pound king, @MightyMouse, to ONE Championship! His extraordinary achievements speak for themselves, but I am most impressed by his character, his values, and his life story. #GOAT

Johnson lives ONE FC’s tenets with his martial arts attitude and skill set, not doubt a great addition to the promotion. Often underappreciated by some fans and the UFC for fighting in the smallest men’s weight class and keeping a humble and unassuming image Johnson can now flourish in Asia. Who knows, maybe one day he will drift to Rizin and have a rematch with Kyoji Horiguchi.

This bodes well for underappreciated fighters who want out of their contract.  They may have somewhere to go instead of free agency and can be switched directly with talent from different organisations.

Ben Askren, on the other hand, has already locked horns with numerous UFC Welterweights on Twitter. When MMA fighters are not trading punches you can almost guarantee barbs exchanged on Twitter. Never short of words he has been calling out a number of UFC fighters for his debut fight.

And @TeamKhabib I’ll meet you at 165 to determine the best MMA grappler on planet earth! You just name the time and send location.

He went after big pays days in the Diaz brothers to cause a stir as well as some other notables of the sport.

Ok to make it fair I’ll fight both @NateDiaz209 and @nickdiaz209 in a handicap 5 round bout. Nate takes odd rounds and Nick evens. I still don’t lose a round

The outspoken wrestler has added Darren Till, GSP, and Conor McGregor to the laundry list of names he wants to test himself against.

Obviously I have called out @TheNotoriousMMA yet, but you know he has way too much money to take one of the whippings I’m giving out. So why bother?

He has already got the fans going with the hypothetical fights he could have in the UFC. Not only are the public discussion these matchups but the fighter in question has weighed in on them. If the bouts don’t come together right away he has issued a sort of open challenge.

Who else wants in the BUM OF THE MONTH CLUB? Making my list for 2019

Johnson acquires respect and appreciation from his new organisation and Askren finally gets to prove himself against the talent in the UFC. He won a championship belt in Bellator, ONE FC, and now goes for the trifecta in his new home. 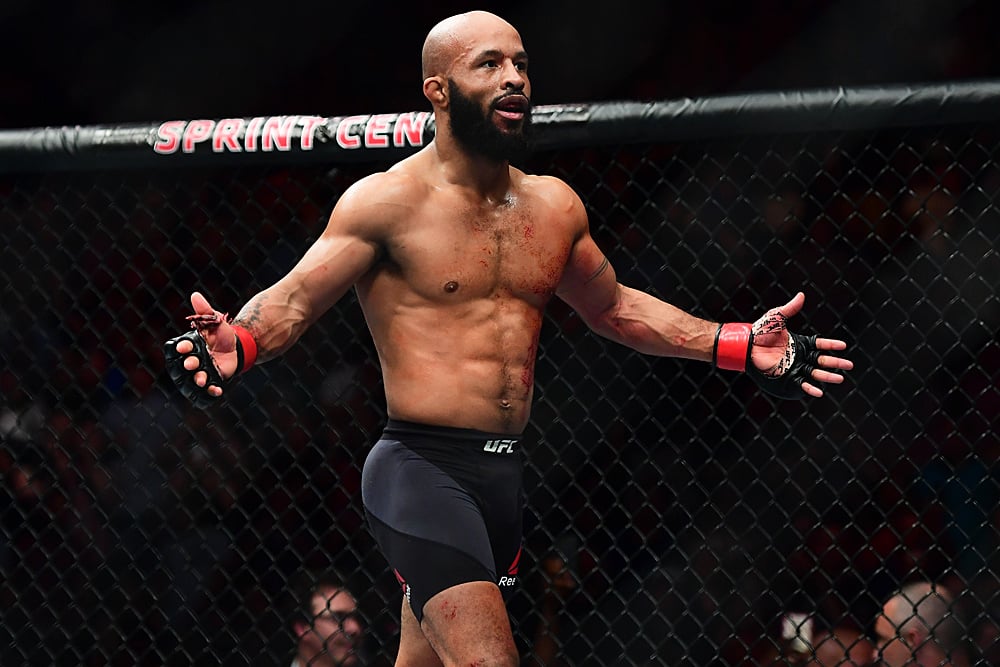