On December 18th, Jake Paul and Tyron Woodley will meet in the ring for the second time this year. In August, Paul won their first fight via split decision. Meanwhile the UFC, the organization through which Woodley rose to fame, will hold its final Fight Night of the year. The idea of a social media star transitioning into the world of combat sports is growing on me (I can’t believe I just said that). My reasoning behind this is that Jake Paul is obviously working hard at the sweet science and not just making a mockery of it. He’s actually improving each time he steps into the ring, so I’m not offended by his presence anymore. Sorry for taking the long route, but I needed to get that off my chest. Anyways, there’s a lot to unpack in regards to UFC Vegas 45. Without further ado, let’s get into it!

Derrick Lewis has been on the UFC’s Heavyweight roster since 2015 and has fought for the undisputed heavyweight championship as well as the interim crown. He lost both times. Chris Daukaus, on the other hand, is a relative newcomer to the organization. He had his first fight on the biggest stage in mixed martial arts in August of last year. Since that day, he’s compiled a record of four wins and zero losses. His most recent victory was a second round TKO against Shamil Abdurakhimov at UFC 266 in September of this year. On December 18th, these two men will meet in the octagon to determine which of them will remain in the conversation for top contenders in the division. Momentum is a fickle thing; one wrong move and it can be lost altogether. Lewis and Daukaus each have something to prove. Only one of them will emerge victorious.

Welterweight contender, Stephen Thompson, is a Black belt in American kickboxing with a 58 and 0 professional record in the sport. Add to that the fact that he signed a professional modeling contract in 2017, and its a wonder Thompson isn’t focused on trying to become the next Jean-Claude Van Damme as opposed to a mixed martial artist. The highlight of Thompson’s career inside the octagon came when he faced Tyron Woodley for the welterweight championship in November of 2016. That match was declared a draw; Thompson would go on to lose the rematch three months later. While he hasn’t headlined another main event or been given another title shot, a fighter with his resume and experience will always be dangerous.

December 18th will be Belal Muhammad’s fourth fight of 2021. That’s a very active year for a fighter. So far this year, he’s amassed two wins and one no-contest. If he’s able to win on Saturday, this will be one of the most impressive years any welterweight has put together in recent memory. Belal has been publicly calling for a shot at the title; a third victory in less than twelve months would make his case that much more compelling. He enters his upcoming bout as the favorite to win. If things go as planned, he will find himself in a title fight sometime before the end of 2022.

At 34 and 36-years-old respectively, Amanda Lemos and Angela Hill are no spring chickens. Each woman has an extensive resume inside the octagon and have earned respect in multiple organizations. However, one thing they each have in common is that they’ve never been given a chance to fight for the UFC’s strawweight championship. With the advantage of youth no longer on their side, they each understand that this is their final push for a title shot in the world’s premier mixed martial arts organization. On December 18th, they’ll each be giving it their all; it could be the last chance they get to compete on the main card of a Fight Night event with an international audience.

Raphael Assunção hasn’t been seen inside the octagon since his loss to Cody Garbrandt in June of 2020. Add to that the fact that he is 39-years-old and on a three fight losing streak, and all signs point to an impending retirement for the fighter out of Brazil. If the rumors are true and December 18th is his swan song, the world of mixed martial arts will look fondly upon the 36 professional fights Assunção gave us while he decided to compete.

Ricky Simón was once the bantamweight champion of Legacy Fighting Alliance. However, since joining the UFC, he is yet to receive a title shot. If he extends his current win streak to four bouts with a victory on Saturday, he might find himself in the top 15 fighters in the division when the new rankings are released. Achieving the same level of success he’s used to in other companies has proven to be elusive for him in the UFC. However, Simón’s toughness and resilience have never been called into question. If anyone can break through and turn themselves into a contender, it would be him.

Carlos Diego Ferreira is a Black belt in Brazilian Jiu-jitsu. Mateusz Gamrot is also a Black belt in Brazilian Jiu-jitsu who happens to be five years younger and enters their December 18th bout on a two fight win streak. Ferreira, on the other hand, has lost each of his last two belts. This is a matchup between two fighters who are trending in two very different directions. Ferreira is looking to salvage his career; Gamrot is looking to build upon his momentum. The lightweight division is widely recognized as the most talented division in the sport; neither of these two will be in a title fight any time soon. But given the career implications this match holds for both men, fans can expect an all-out-war when they meet inside the octagon.

Cub Swanson has lost five of his last seven fights. However, life outside of the octagon has been good to him; he is co-owner of several mixed martial arts gyms on the West Coast of the United States. Unlike most professional athletes, Swanson already has a retirement plan in place. If Saturday is his last professional fight, helping young aspiring fighters achieve their dreams in the gyms he helps run will be a great second act. Darren Elkins has been a professional mixed martial artist since 2007. That’s a very long time. Over the years, his career has had its ups and downs. However, he is currently on a two-fight win streak. The former high school State wrestling champion has carved out a respectable reputation in the professional ranks over the years. No matter the outcome, fight fans won’t feel cheated after watching Swanson and Elkins climb into the octagon together.

UFC Fight Night can be viewed on BT Sport in the United Kingdom and on ESPN Plus in the United States. As always, we’ll have all the latest updates about the outcomes of the fights as well as in depth analysis available right here at World In Sport! 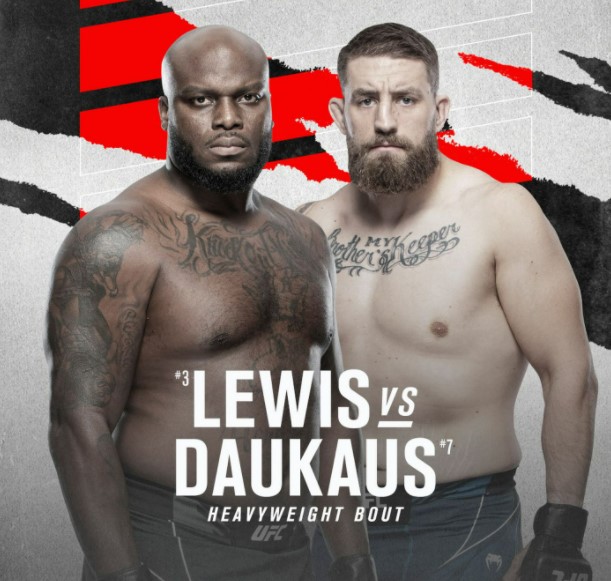