In September of this year, Kevin Holland and Khamzat Chimaev were involved in a backstage brawl a few days before UFC 279. The next day, Chimaev missed weight at the weigh-in and the organization was forced to do a last minute scramble. As a result, Chimaev did not face Nate Diaz on the main card; instead he faced Holland, the man he’d squared off with in an unsanctioned scuffle. Holland would go on to lose via first round submission, but he deserves credit for accepting a changeup on short notice. On this upcoming Saturday, Holland will get a shot at redemption when he faces Stephen Thompson in front of a sold out crowd at the Amway Center in Orlando Florida. There’s a lot to unpack here; without further ado, let’s get into it!

Stephen Thompson has not appeared in the octagon since December of 2019 when he lost a unanimous decision to Belal Muhammad at The Apex Center in Las Vegas. He’s lost four out of his last six fights and he will turn 40-years-old in February. The highlight of his career took place at UFC 205 and UFC 209 when he lost a pair of title shots against reigning welterweight champion Tyron Woodley. Since then, he’s been mediocre at best. There are rumors swirling that his next fight will be his last, regardless of the outcome.

In March of this year, Kevin Holland’s popularity among the UFC’s fanbase soared after he helped to stop a potential mass shooter at a restaurant in Houston Texas. His courage outside of the octagon is commendable and his courage inside of it is undeniable. As a 6’3″ welterweight, Holland often has the reach advantage against his opponents. While he is a big target, his speed and timing make him difficult to hit. Although he is currently unranked in the welterweight division, an impressive performance on Saturday should be enough to catapult him into the top fifteen when the new divisional rankings are released early next week. Make sure to tune in to witness these two savvy veterans face off in the middle of the octagon!

At 33-years-old, welterweight challenger Bryan Barberena is having one of the best years of his career. He won fights in March and July of this calendar year; a win on Saturday would amount to a hat trick, something only the most active fighters are able to achieve. Although he joined the UFC back in 2014, he has never competed for a title and is currently unranked. Earning a third consecutive victory this year would do a lot for his argument that he should be placed among the top fifteen competitors in the weight class.

Rafael dos Anjos is ranked seventh in the UFC’s lightweight division, yet he has agreed to meet Bryan Barberena in a welterweight bout on Saturday. He’s a fighter’s fighter who loves his craft and enjoys the sport; he couldn’t pass up the fight in front of a sold out crowd in Florida. So far this year, he has won a single fight and lost a single fight. His performance at UFC Orlando will determine whether or not 2022 was a winning year for him. Although pundits are torn on the question if dos Anjos should remain at welterweight or return to lightweight, one thing’s for certain: he will always come prepared each and every time he steps foot in the octagon. Barberena and dos Anjos will stop at nothing to emerge victorious; you won’t want to miss it!

Flyweight challenger Matheus Nicolau is in the midst of a five-fight-win-streak, three of which have come since he rejoined the UFC back in March of 2021. Unlike a lot of fighters who remain a part of the world’s most renowned mixed martial arts organization as long as they possibly can, Nicolau left the UFC in 2018 after a successful two-and-a-half year run. He then fought on regional circuits in his native Brazil before returning to the organization. Many pundits feel that this time away from the spotlight was good for him and he has been better than ever upon his return. On Saturday, he will get his chance to make a statement in front of a sold out arena at UFC Orlando.

In his last five fights, Matt Schnell has experienced two victories, two losses and one no contest. To say things have been up and down for him recently would be an understatement. In spite of the recent turmoil, he is still ranked eighth in the UFC’s flyweight division. One of the reasons he remains highly respected is his versatility; he is a Black belt in Karate and a Purple belt in Brazilian Jiu-Jitsu. No matter what his record says, he is still a very dangerous opponent inside the octagon. Nicolau and Schnell are each in the hunt for a shot at the flyweight title; they’re going to put it all on the line in order to get there. Be sure to tune in!

Tai Tuivasa has five wins as a professional boxer and fourteen wins as a professional kickboxer on his resume. He was also signed to a professional rugby team in Australia before he decided that combat sports was his true calling in life. As a mixed martial artist, his popularity soared as he enjoyed a five-fight win streak between October of 2020 and February of 2022. However, that momentum came crashing down when he suffered a knockout defeat at the hands of Ciryl Gane in September of this year. He is still ranked fourth in the UFC’s heavyweight division; a win on Saturday puts him right back in the hunt for a shot at the heavyweight title.

Sergei Pavlovich was once the undisputed champion of the Fight Nights Global organization. After one successful title defense, he joined the UFC in November of 2018. After losing his first bout in the organization, Pavlovich is enjoying a four-fight win streak and is currently fifth in the UFC’s divisional rankings. His TKO victory over Derrick Lewis in the first round of their fight in July of this year put the world on notice that Pavlovich was ready to compete against the best that the weight class has to offer. On Saturday, he will get the biggest opportunity of his UFC tenure when he gets a chance to perform in front of a packed house at the Amway Center in Orlando. You won’t want to miss it!

Middleweight prospects Jack Hermansson and Roman Dolidze are each 34-years-old, yet their careers appear to be headed in two different directions. Hermansson has lost three out of his last six fights, while Dolidze is in the midst of a three-fight-win-streak. Dolidze has lost only one fight his entire career, and most pundits agree that he will make his first appearance in the UFC’s divisional rankings if he has an impressive performance on Saturday. Hermansson on the other hand, has been a professional since 2010 and it appears that his best days are behind him. Nevertheless, these two will leave nothing to be desired when they meet in the middle of the octagon. Be sure to tune in to witness all of the action!

Middleweight veteran Eryk Anders won an Collegiate Championship in American Football as a member of the Alabama Crimson Tide. Playing linebacker for legendary Coach Nick Saban, it is safe to say that Anders understands demanding environments and high expectations. Kyle Daukaus hails from Philadelphia Pennsylvania, a city known for its toughness, and has an older brother, Chris, who competes in the UFC’s heavyweight division. These two men are two of the toughest middleweights in the organization. They will engage in an all-out-war when they face one another in front of a raucous crowd in Orlando. You won’t want to miss it!

UFC Orlando can be viewed on BT Sport in The United Kingdom and on ESPN Plus in The United States. As always, we’ll have all the latest updates about the outcomes of the fights, as well as in depth analysis, available right here at World in Sport! 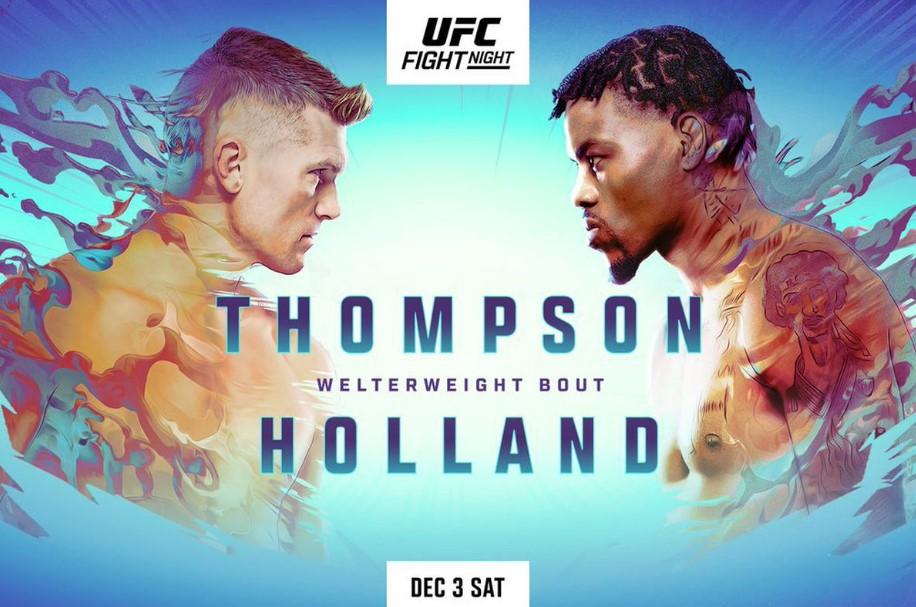