Calvin Kattar and Arnold Allen are each ranked in the top 10 in the UFC’s featherweight division. On Saturday night, they will meet in the middle of the octagon, to settle the debate about which of them is the superior fighter. While neither man has been given a title shot during their UFC tenure, they have a common target in mind: reigning Featherweight champion, Alexander Volkanovski. However, if they are to ever get to him they must first go through each other. There’s a lot to unpack here; without further ado, let’s get into it!

Featherweight prospect Calvin Kattar has had two difficult fights thus far in 2022. In January, he won a unanimous decision against well-rounded veteran Giga Chikadze. However, in June he lost a split decision to Josh Emmett. Chikadze and Emmett are both highly respected, thus proving that Kattar is now among the elite fighters in the division. He has also been in five-round main events each of the last four times he’s stepped foot inside the octagon. Five round fights are reserved for headliners; Calvin Kattar has proven that is where he belongs. On Saturday, he will face yet another difficult task when he takes on Arnold Allen.

British Featherweight Arnold Allen has only lost one fight his entire career. He is also undefeated during his tenure on the UFC’s roster. Although he has been a member of the organization for over seven years, he did not have a signature win against a well-known opponent until he defeated Dan Hooker in London in March of this year. Although his opponents have not been marquee names, Allen’s performances have been excellent enough to earn him a reputation of being one of the best fighters in the division. If he is able to defeat Kattar on Saturday, his status as a contender will be solidified. Make sure to tune it to witness these two warriors go head-to-head in the middle of the octagon!

Welterweight challenger Tim Means was once the star of the King of The Cage MMA organization. In 2010, he won the organization’s Junior Welterweight championship, followed by several successful title defenses. In 2012, he became the organization’s lightweight champion. However, he never got a chance to defend his lightweight crown; Dana White and the UFC came calling and that’s where Means has displayed his talents ever since. At 38-years-old, Means has won three out of his last four fights, yet he is no longer ranked among the top fifteen fighters in the division. Against Max Griffin on Saturday, he will try to turn-back-the-clock and remind fans why his name is revered in the division.

36-year-old Max Griffin is coming fresh off of a loss to Neil Magny in May of this year, yet his resolve should not be questioned. Like Means, Griffin knows what it feels like to be a champion, albeit in another organization. He was able to become a two-division champion in the West Coast Fighting Championships, winning both the Welterweight and Middleweight crowns. Means and Griffin are two battle-tested warriors who most pundits agree are past their primes. However, neither man will budge an inch once the bell sounds and the fight is underway. You won’t want to miss it!

31-year-old heavyweight prospect Waldo Cortes-Acosta will make his official UFC debut against Jared Vanderaa on Saturday. While Cortes-Acosta is yet to lose as a professional, Vanderaa has lost five out of his six fights since joining the UFC’s roster. There are rumors swirling that another loss would mean expulsion from the organization for Vanderaa. Each of these men will be greatly affected by the outcome of this fight; the trajectory of their careers is on the line. Make sure you tune in to witness these two behemoths square off in the middle of the octagon!

Middleweight prospects Josh Fremd and Tresean Gore are each 28-years-old, and are two of the more inexperienced fighters on the UFC’s roster. It is only fitting that they face one another in the middle of the octagon. Fremd lost his organizational debut in April of this year to Anthony Hernandez. Gore lost each of his two previous fights this calendar year, which also happened to be his first two fights on the UFC’s roster. Each of these men is talented, but thus far their lack of octagon savvy has gotten the best of them. On Saturday, one of them will finally break through and achieve their first win in the world’s most renowned mixed martial arts organization!

34-year-old light heavyweight Dustin Jacoby is known equally for his illustrious kickboxing career as he is for his success as a mixed martial artist. His upcoming opponent, Khalil Rountree took an entirely different path into the sport. Rountree only began training in MMA after he ballooned to the unhealthy weight of 300 pounds. Deciding that he should change his lifestyle before obesity sent him to an early grave, Rountree began working out at an MMA gym and eventually fell in love with the sport. Although each man has a different story, they are each riding the momentum of a win streak into their showdown on Saturday. Make sure to tune in to catch all of the action!

UFC Vegas 63 can be viewed on BT Sport in the United Kingdom and on ESPN Plus in the United States. As always, we’ll have all the latest updates about the outcomes of the fights, as well as in depth analysis available right here at World in Sport! 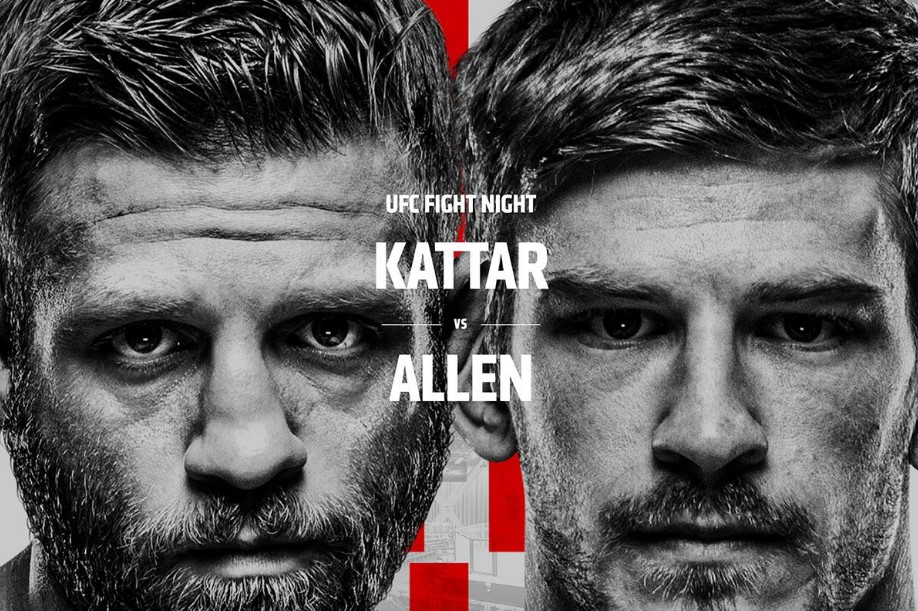