What a race the Australian Grand Prix gave us! We saw multiple events take place and some that could be big in the future, a crucial Max Verstappen DNF, Alex Albon’s first point since coming back to F1 and much more! The last time we raced in Australia was 2019 and with the new circuit layout it is easy to see why they have spent so long upgrading the track and improving it for the drivers and fans.

Hopefully in the coming years this circuit is here to stay and we will see many more races at this beloved and historic track on the Formula One calendar.

Right from lights out we saw the Mercedes make up multiple positions with Hamilton getting up to 3rd and with Russell getting up to 5th, getting ahead of the McLaren’s and potential rivals, Red Bull.

Numerous sources have claimed that Mercedes will be bringing in some serious upgrades at Imola and more future upcoming races. If these upgrades work on the car it has been said that Mercedes could potentially be winning races again and could be in some serious contention to go back to their winning ways with challenging for the Drivers and Constructors Championships.

Judging from their performance today you’re able to see that they are still heavily off the pace. They may have made ground over the other teams in the midfield and plotted themselves at the top of that pile. However, if they would want to fight for wins it would have to take some serious upgrades in order to achieve that.

Oh dear! What a dismal weekend for the Spaniards on the grid

During the race we saw Carlos Sainz’s weekend come to an early closure with having to retire the car on Lap 3 after beaching the car in the gravel trap. As well as retiring from the race we also saw his point streak of 17 come to the end due to his DNF

Alonso had a poor race with finishing 17th gaining no points for the Alpine Team. No matter the result the team will be disappointed seeing as Alonso was so close to getting Pole Position in qualifying but a hydraulic issue had put that dream in the wall and saw him start in P10.

The Spaniards will hope at Imola they will be able to perform much better than their performance this weekend and score some points for their individual teams.

In the season so far we have had millions of people comparing the Ferrari and the Red Bull but in today’s race the Ferrari must have solidified the Number 1 spot in that debate.

Despite the Red Bull struggling with severe tyre wear issues, Charles Leclerc was repeatedly able to create a massive gap between him and any car on the grid including the Red Bull.

At one point during the first stint, we saw Leclerc was able to create over an 8 second gap to Max Verstappen and comfortably be able to stay in P1 and have nobody challenge him, bar Max’s half-hearted attempt at a move on Leclerc from the Safety car restart.

From Leclerc win today he now leads the Championship by —– over his closest rival in the standings, George Russell. From Max’s retirement this weekend it now seems like it’s Leclerc’s Championship to lose, with Max now only finishing 1 of the last 3 races. However, as we all know, anything can happen in Formula 1 and you always have to expect the unexpected in this sport.

What did you think of the Australian GP? Do you think with Charles Leclerc being so far ahead he is bound to win the World Championship? Feel free to let us know all your opinions down below in the comments section. 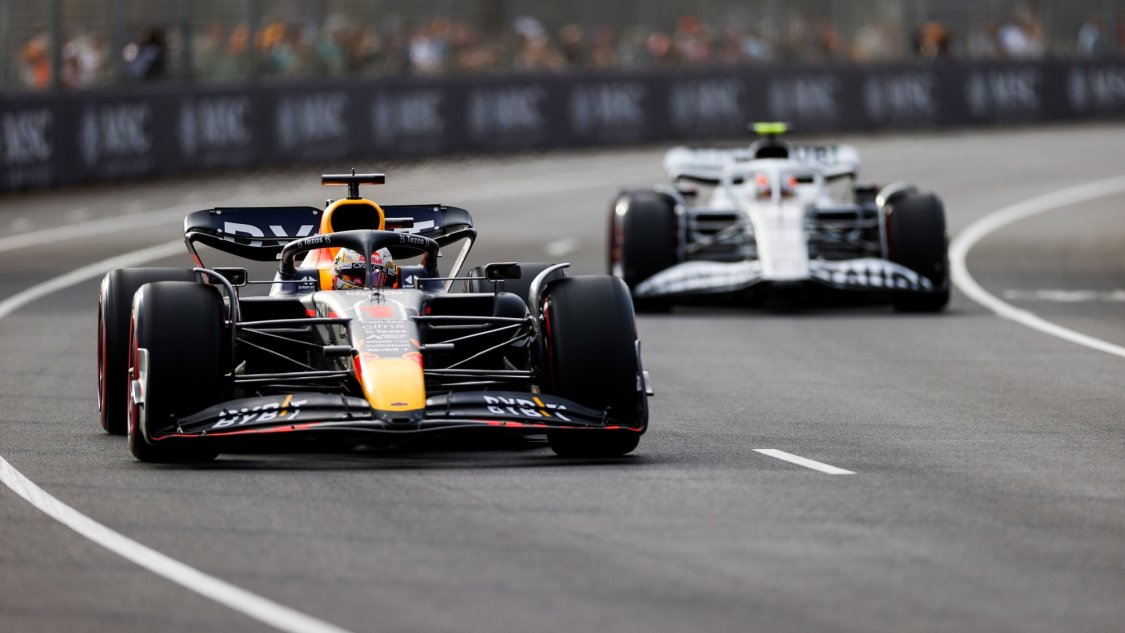