Rugby League player Jacques O’Neill is well known for his recent stint in Love Island 2022. The young ex rugby star drummed up much controversy in the Love Island villa and left the show to focus on his mental health. Many fans were left wondering what this means for Jacques’s rugby career. Jacques had played as a hooker or loose forward for the Castleford Tigers in the Betfred Super League from 2019 to 2022.

Jacques seems to have sustained a great relationship with the club as they supported him during his time in the Love Island villa. Since his exit from the villa, the Cumbrian player has seen his Instagram following grow to a massive 1 million followers. This would mean that Jacques could be earning lots of money from Instagram posts and endorsements. But what of Jacques’s future Rugby career?

Head coach of Castleford Tigers Lee Radford did not see a potential deal for the rest of 2022. “He’s just out there spending cash.” Radford told BBC Radio Leeds. “We’ve not really spoke about him returning – he’s got an awful lot going on and I think what’s important is that he does everything while he can. I don’t know how long that will last.”

Many fans are still hopeful to see Jacques return to rugby although they may be disappointed if Jacques’s Instagram is anything to go by – it now says – ‘ex-professional rugby league player.’

There is still a high chance that Jacques will return next season as he was spotted training at Castleford Tigers upon exiting the villa, where he checked in on his former teammates as well as making an appearance at the West Yorkshire club’s fixture against Warrington Wolves. The Castleford Tigers also have the first option to re sign O’Neill back next year should he wish to return to rugby league.”

Gaining popularity from Love Island could also be great for both Castleford Tigers and Rugby League as it would bring more eyes to the game. As fans, we will just have to wait to see what Jacques’s next moves are and if we will see him on the field again. 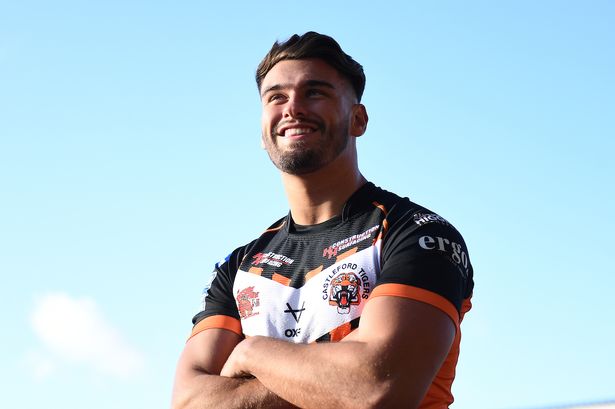