Besides winning his Rafa wins his 9th French Open title at last years’ French Open, and his saying, “I hope to see you all again next year,” Rafael Nadal has been on top of his game consistently at the French Open for each of the past 5 years now.

With his lightning-fast reaction speed, almost magically fluid footwork and power serves, his excruciatingly hard work and dedication have made him what he is – the finest French Open champion in the modern era of tennis.

Sure, he will have his work cut out for him – as other players do not just let you win a match – and everyone on the stage is a fighter. Nevertheless, he does not seem to be letting up just yet.

He has nine trophies from the clay-surfaced events at Roland Garros, and has remained in the top four ATP seeds for a while now, despite having a knee injury back in 2012, having his appendix removed last year, and having constant back problems, it is not hard to see why this champion is what he is.

“He’s a pure workhorse for the sport,” said his coach and uncle Toni, who was also a WTA player for a number of years.

However, there is still plenty of talent out there on that stage to cause doubt. His top contenders- Roger Federer, Novak Djokovic and Andy Murray – have also consistently been at the top of the charts, and playing well for just as long now.

In addition, there are a handful of others who, though not the top-4-ranked, play their best on clay courts, and give something of a challenge to every opponent, so the story is not over until it is over.

David Ferrer, Kei Nishikori and Stan Wawrinka – of note- all have expert agility on these courts, cast power serves at opportune times, have shown the ability to move all over the entire court, break a sweat and still don’t give-up. They are all fighters, and they have all produced some great rallies in the French Open last year.

Nevertheless, that is not all. These players spend months training in the sweltering heat so they can withstand the tournament climate for these three weeks. May comes as one of the nicest times of the year for weather in Paris.

With the average temperature set at 60 degrees it has been known to reach close to 100 degrees on occasion, so it pays to be ready for anything here.

The grand masters of the stage work their hardest to put themselves in the best position to win at their level, and what we see as the result is their making it look easy.

It is anything but easy. The last years’ quarter and semi-finals on both the men’s’ and women’s’ sides have been projected in a similar light to the final- and the calibre of players who are making it to the rounds of 4 and 8 make the pre-final bouts look like a final in themselves.

When you see Novak Djokovic and Rafael Nadal battling it out just to get into the final, you know you are getting a quality show here.

The games have never been better. The audience has never been more alive.

The play has never been more enticing than now, and we know things are going to keep getting better.

Even if he does not win, everyone gets a show. 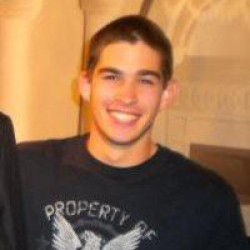 has published a new post."Hashtag Legend"
4 hours ago