It’s the quarter final stage of the French Open and Frances’s Kristina Mladenovic and Switzerland’s Timea Bacsinszky are set to square off in what should be an engrossing, crowd pleasing encounter.

Bacsinszky’s game-style and why it proves a nuisance to many players:.

Bacsinszky is an out and out counterpuncher. In other words, she has the type of game which drives many of the reckless ball bashers on the WTA circuit absolutely insane. Thus it’s no surprise that most of Bacsinszky’s major wins have been against one dimensional players who love to give the ball a good bash, with little margin for error and only using limited/robotic side-to-side movement..

Mechanical ball bashers like Jeļena Ostapenko, Petra Kvitova, Ana Ivanovic, Coco Vandeweghe and Madison Keys etc struggle when the tempo of the rally is constantly being varied by the opponent. They’re brought out of their one-pace, rhythm of rally comfort. The one they’ve mastered with endless drills in training, involving them bashing balls their coach feeds them. These churned out ball bashers are poor imitations however of the ones who used to dominate the sport in the women’s game. Maria Sharapova and Venus Williams are the two names that spring to mind.

Players like Radwanska, Niculescu, Wozniacki and of course Mladenovic’s opponent, Bacsinszky, are self-made hacks, that have been able to take advantage of these one dimensional limited players on the tour and as a result find themselves squeezing into the top 50. Whether they consciously know it or not, they typically aim to drive their opponent into insane confusion, discomfort and irritation through slicing, dicing and overall random junk balling. 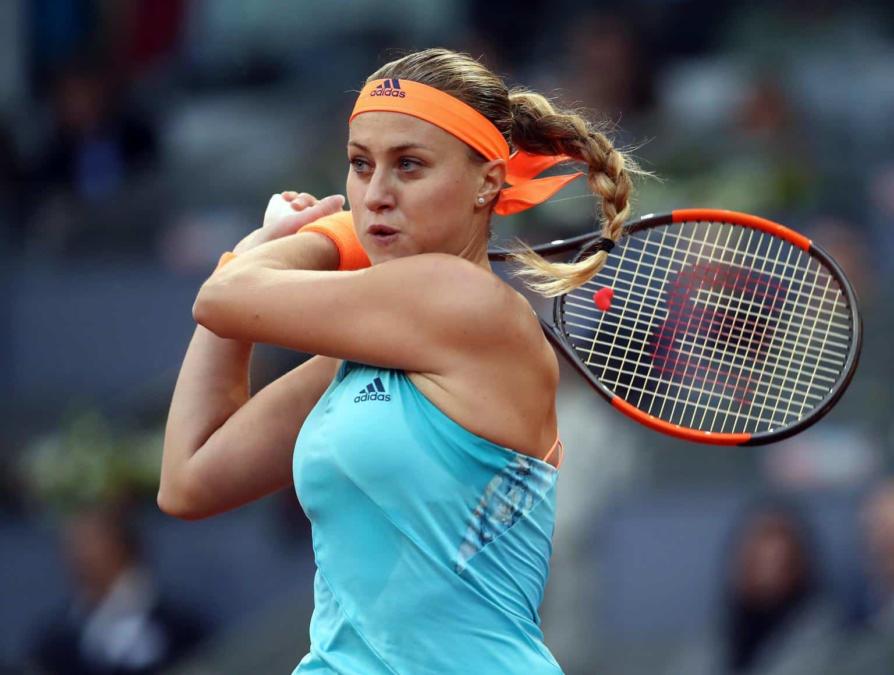 This brings me to where the good news begins in this match-up for the French. Bacsinszky cannot hurt Mladenovic with Mladenovic long past her ball bashing days. Kiki has always been talented, but without the conditioning or physical make-up early-on in her career to do much else other than conform to the generic one dimensional ball bash brand atleast 80% play with.

Now a much superior athlete, she has had the platform to within time fiddle her game and develop awareness strategically in how to fully use the tools she has available to her, to really hurt opponents accordingly. She’s developed repeatable patterns of play which work in reliable fashion and switches between which of those patterns she uses, in respect to the opponent that she’s facing.

As I’ve spoken about in the past, creating angles as well being able to generate your own pace, are absolutely critical on clay. So an efficient, topspin forehand which you can use to rally or move your opponent around the court with, is probably the most beneficial shot you can have on this surface. This is because it’s fairly difficult to hit through opponents unless possessing immense power, with the clay slowing powerfully struck flat shots, down.

Bacsinszky’s Forehand: Well let’s be honest? Timea doesn’t have a forehand. She rolls a moonball. This will likely leave all sort of opportunities open for Mladenovic to dominate rallies. She can come net when sensing the verges of a moonball, to end the rally. She can turn the tables when in a defensive position and wrestle herself back into rallies by getting balls back deep to this Bacsinszky’s forehand.

Mladenovic’s forehand: For me? One of, if not the best, forehands in the women’s game. I cannot think of too many more well-rounded and consistent forehands. (Discounting Serena) It’s got shape, power and consistency. She’s able to capture disgusting angles and take advantage as players are out of position by crashing the net for the simple volley. With the amount of balls Bacsinszky drops short with her joke of a forehand, you can fully see how Mladenovic will have opportunities to dominate with her number one weapon. 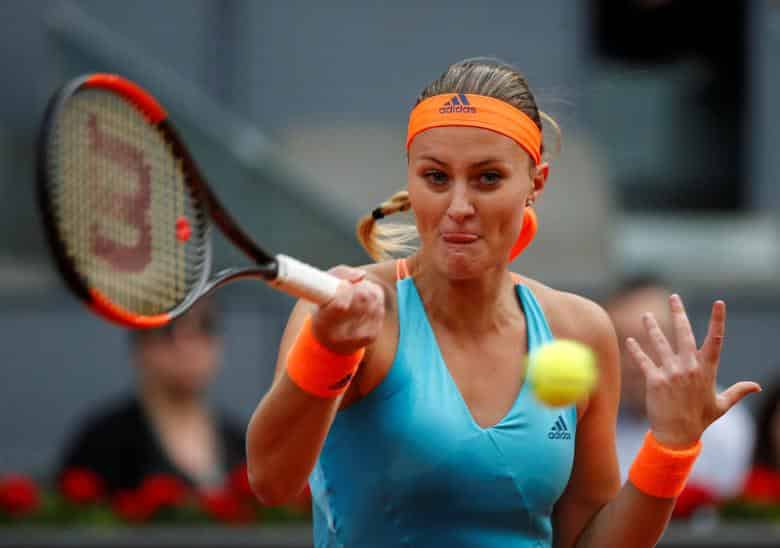 How Bacsinszky’s biggest strength is nullified by Mladenovic:

It really is no doubt that Bacsinszky’s biggest strength is her variety. Her ability to go from floating junk balls to suddenly taking her backhand early and stinging her opponent when they aren’t prepared. This doesn’t irritate a player like Mladenovic who is a lot more spontaneous and free thinking on a tennis court compared to the well drilled mechanical type screecher. 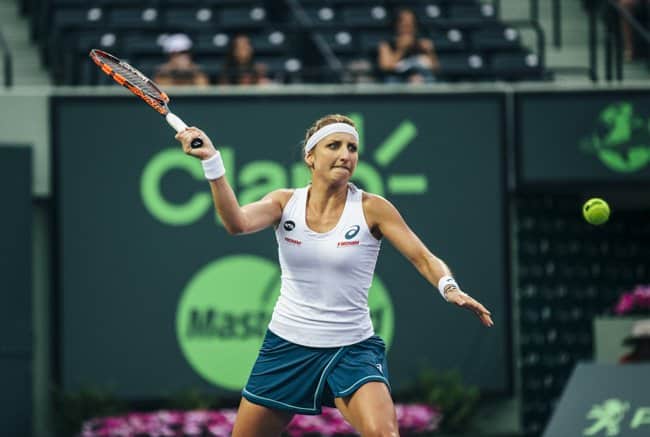 Mladenovic is French and their culture from a very young age is to play all court tennis. It’s no surprise the variety is naturally in Mladenovic’s game make-up. So if Bacsinszky wants to play cat and mouse with Mladenovic, it’s not gonna really gain her as many points as it would do against your one dimensional Ostapenko’s of this world. 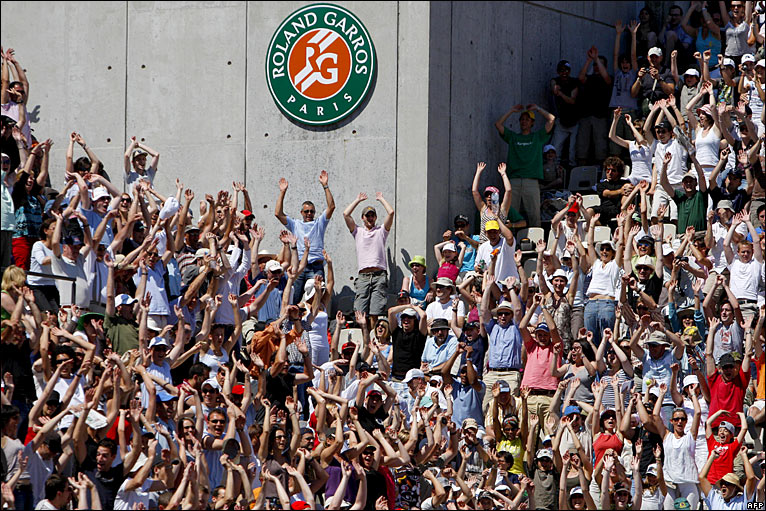 Not only does Mladenovic have the crowd, but from a strong observation I’ve made she a lot of internal belief in herself that this years’ tournament is “destiny” for her. As cheesy as that is to put, it’s the feeling you get from watching her.  When a player has that belief, unless you have the minerals in your game to make the match-up atleast remotely competitive, you’re not breaking their spirit. As discussed, Bacsinszky has got nothing that troubles Mladenovic in the match-up. She can’t take her out of her comfort zone and she can’t hit her off the court.

– First serve
– Forehand
– Variety (Mostly dropshots) Her ability to play dropshots when in awkward positions in the rally/point is ridiculous. That really suits on clay, with the way the ball dies on this surface.
– Movement/athletcism
– French crowd in the context of this match
– Ability to ride momentum

– Second serve. She decelerates on her second serve a lot if you watch carefully. Meaning she doesn’t accelerate through the service motion. She collapses whilst going through with contact. Mostly occurs under pressure (Big point) Hence all the double faults.

ALSO READ:  Boulter, Brady and Watson shine for the Brits as they all reach Round Three on Day Four at Wimbledon

– No forehand. Can’t generate shit topspin power or pace off it.
– Can’t generate her own pace to save her life.
– No well placed or powerful first serve
– Appalling second serve and also decelerates/collapses a lot on it under pressure, double faulting. Just like Mladenovic
– Crowd will be against her, in the context of this match.

If we’re honest Bacsinskzy is the tennis dictionary definition of a hack. A player that’s role is to encourage the other player, to play badly. To make them trip up over their own shoe-laces. If you’re somebody that slices your bloody forehand, I don’t care, you are a hack. There is no way I see someone, as now experienced and strong willed, as Mladenovic, to allow herself to go out to a player like this.

It’s not gonna happen. Mladenovic will have had a nice rest before her match on Tuesday. So any projections of her possibly being either fatigued or injured, go completely out the window for me. Even if she were to come in fatigued, she’ll get still likely through on the adrenaline fuel provided for her by the crowd. I’m sure. 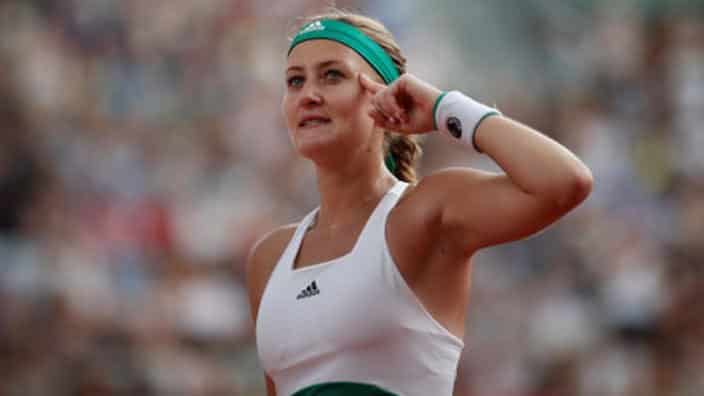 Prediction: To make the front and back pages of all the tabloid and broadsheet newspapers in France and book her spot in the Semi Final of Roland Garros.

Trading (Hedging inplay) perspective: Immense value pre and during match at anything above 1.50. She should be 1.45 in my view. So with her currently at 1.80? It’s big lols. Likely to drop heavily once she wins the first set, leaving open for a nice exchange/hedge (Cashout/Trade)

Straight Result Betting perspective: 1.70-1.80 as a straight bet is hard to turn-down. It’s Mladenovic’s match to lose when you consider alone the way these two players styles, strengths and weaknesses match-up relative to the court surface. 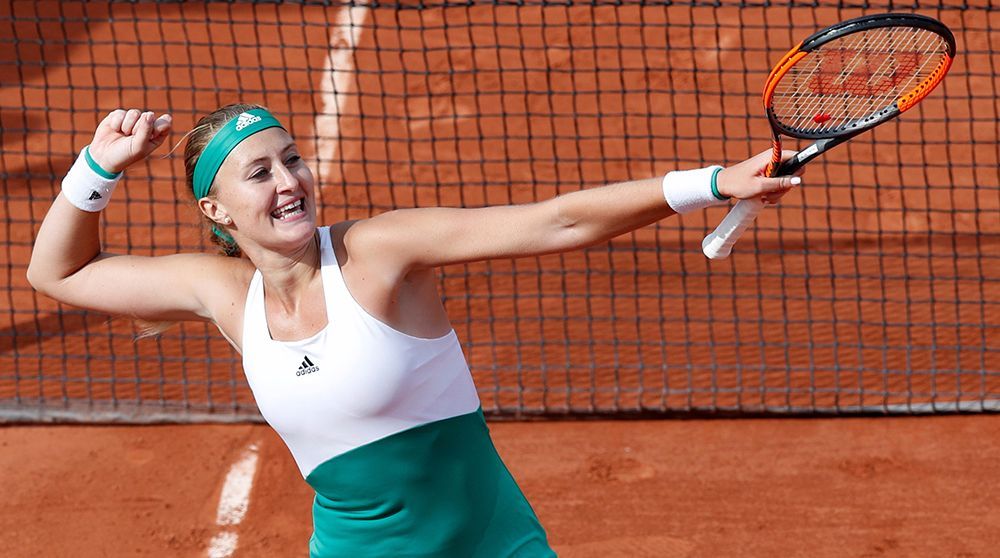