As I wrote previously about Arsenal and Arsene Deja-vu  and in a crystal clear move, the Frenchman and gunners hierarchy agreed to go on as they did in their 21 years.

Some experts believed that qualification for Champions League was a red line for the north Londoners but even finishing 5th in the table do not convince the hierarchy to change their man in charge at the Emirates.

For me two pillar reasons were in effect for the club to extend their company with the Frenchman and they did not risk on other options: Alternatives and Philosophy.

Fans voices did not heard and #WengerOut hashtags that blew up the internet were not seen.

Thomas Tuchel, Eddie Howe, Thierry Henry and of course Massimiliano Allegri were the main men for the red hot seat of the Emirates.

Howe and Henry seemed too soon for them to be in a position like Arsenal Manager, so their ambitions to replace as Wenger disappear  into the darkness.

Even before the last meeting between Wenger and club directors, Tuchel shown the green light to the club.

The German coach rows with Borussia Dortmund’s Executive Director Hans-Joachim Watzke specially after the terrorist attack before their quarter clash against AS Monaco in the Champions League led to departure and dismay.

As Tuchel left the Signal Iduna Park,  British media put him on spot as the heir of Wenger but the club decided to stay calm and not risk about the young coach.

Another lucrative option for Arsenal was Max Allegri. Crowning champions in both Serie A and Coppa Italia in three consecutive seasons named the Italian as “Tactical Genius”.

He was really an available option for Arsenal if he could crown Juventus as the European champions but the club made an immediate decision about their next manager.

Arsenal philosophy that of course Wenger shaped it, is based on two rules. Pace and Ingenuity. For me Tuchel was an absolute option for Arsenal.

Dortmund’s style of play as attack, attack, attack courtesy by young talented prodigies like Dembele, Reus, Aubameyang and Wiegl proved that he was the main man for the Emirates but the drama was not as it happened.

There was a mixed response on social media following the expected announcement that Arsene Wenger has signed a new two-year contract at Arsenal but the boo was louder than hurrah.

Piers Morgan, who is no stranger to voicing his frustrations over the current management team on Twitter, described Wednesday’s news as a ‘sad, mad, inexplicable day’ and wrote that he wont tweet about wenger again!

Plenty of fans posted hilarious memes and gifs on the platform — but it’s Wenger who will have the last laugh.

And he had some support too with some fans sending good luck messages to the experienced Frenchman as he prepares for another season in charge. 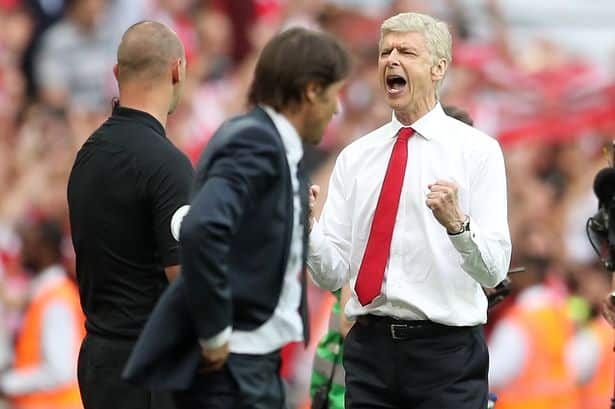